Tuesday, October 19
You are at:Home»News»Unfair to blame me for cessation of bulk waste collection — Chang 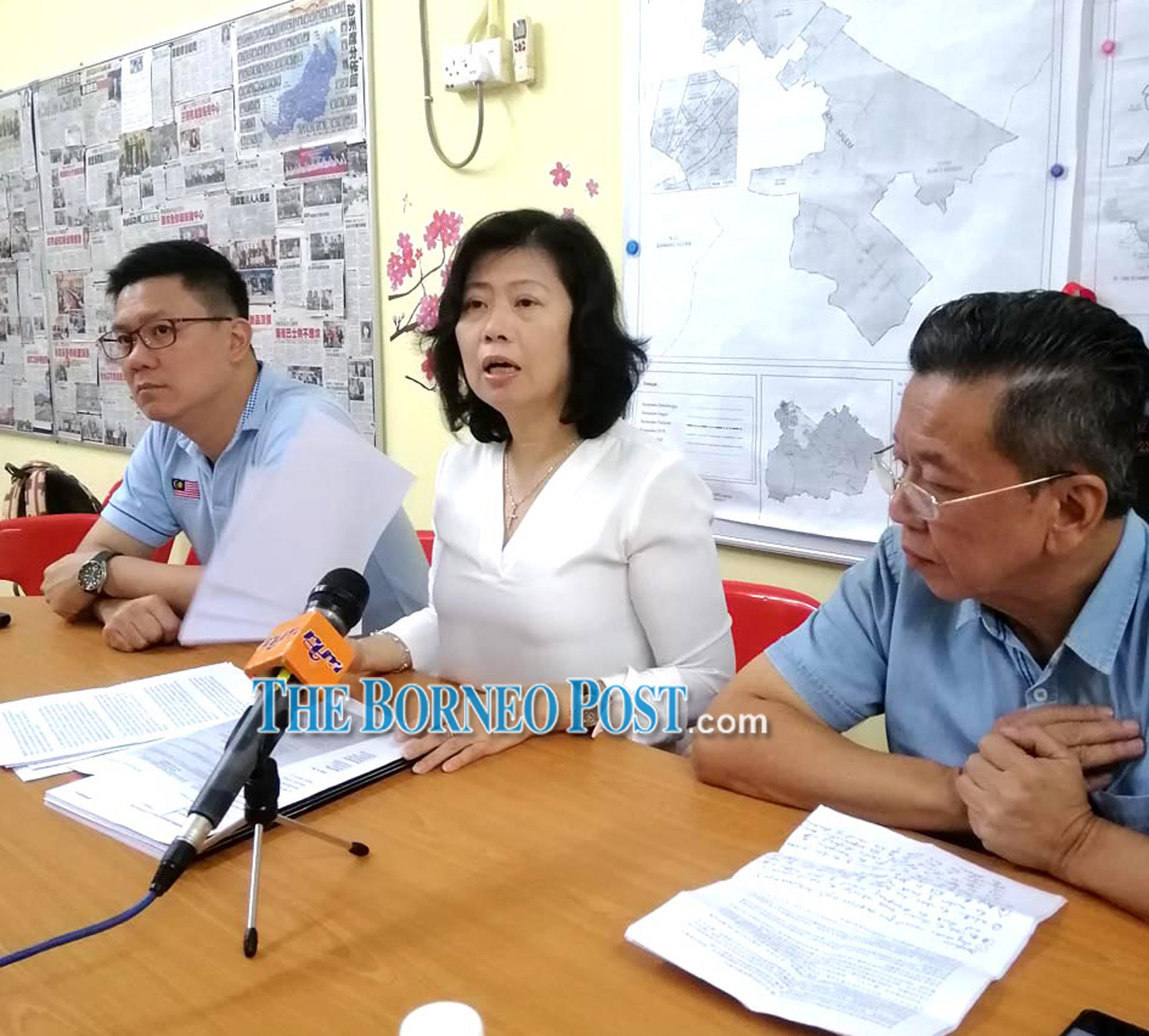 (From left) Ling, Chang and Wong at the press conference.

SIBU: Bukit Assek assemblywoman Irene Chang said she should not be blamed for decision by Sibu Municipal Council (SMC) to discontinue its bulk waste collection services from residential houses this year.

She said it was unfair for SMC chairman Clarence Ting to claim that she had pushed for the closure of Seng Ling Landfill dumpsite and thereby indirectly forced SMC to divert the disposal of bulky waste to Kemuyang Sanitary Landfill.

“It is totally disappointing that the chairman has resorted to release news based on inaccurate information,’ she added at the press conference held yesterday morning.

She was accompanied by  Sibu MP Oscar Ling and Pelawan assemblyman David Wong.

Chang said she believed Ting could have said that because in the previous State Legislative Assembly sitting in November, while debating on the Natural Resources and Environment (Amendment) Bill, she had used Seng Ling Open Landfill as an example to drive home the point that there must be mandatory public engagement before putting in place, environmental policies for our society.

“I had questioned if public engagement with those who live in the neighbourhood was carried out 18 years ago before Seng Ling landfill was opened up.

In fact, in DUN, I had spoken three times on issues which touched on Seng Ling Landfill. The first was during November 2018 sitting, when I touched on the subject of children who were found sniffing glue at the landfill.

The second time was during May 2019 sitting, when I raised the issue of the squatters residing at the landfill and the need of relocating them to a more hygienic environment. The final time was in November 2019 which I have already mentioned above. All these can be checked from the DUN Hansard.”

Chang said she had never said anything about closing down the Seng Ling open landfill.

“Neither I nor David Wong (Pelawan assemblyman) had ever called for the closure of Seng Ling Dumpsite.

Neither were we involved when SMC decided to close the landfill in April 2019. Neither was I aware that SMC had wanted to reopen the landfill (as reported in a local Chinese daily) and since I was not aware of it, it was totally not true that I had objected to it,” she reiterated.

On the disposal of bulky waste from the cleaning up before Chinese New Year, Chang said she agreed with Ting that the people of Sibu need to change their habits in disposing rubbish.

However, she could not agree with stopping the door to door collection of bulky waste because people paid for their yearly assessment rates.

Chang said these were substantial sums and it is therefore unacceptable that with the rates which SMC collected from the ratepayers, it has now decided to stop the service of door to door bulky waste collection, which is only once a year and thereby causing last minute inconvenience to a lot of people.

She said it was also not right to tell the people that if they want this service  they have to go to UTC to pay an extra RM40.

“It is even more unacceptable when there has been no reduction in the rates which we have to pay for the scavenging service of 4 per cent. SMC is therefore refusing to provide the full service for which they are charging the people. And in addition, they are charging those who require the service an extra RM40 on top of the 4 per cent charged and paid.”

Besides, she said SMC should have appreciated the fact that not everyone has the physical ability to drag their bulky waste to the nearest collection centres.

She said it is good that SMC is using council funds wisely and not to spend blindly.

“We in DAP, fully support that. But in considering on how to save, SMC should perhaps look more into whether the funds have been utilised properly.”