Thursday, September 23
You are at:Home»News»Crime»OKU woman allegedly beaten by own brother over money 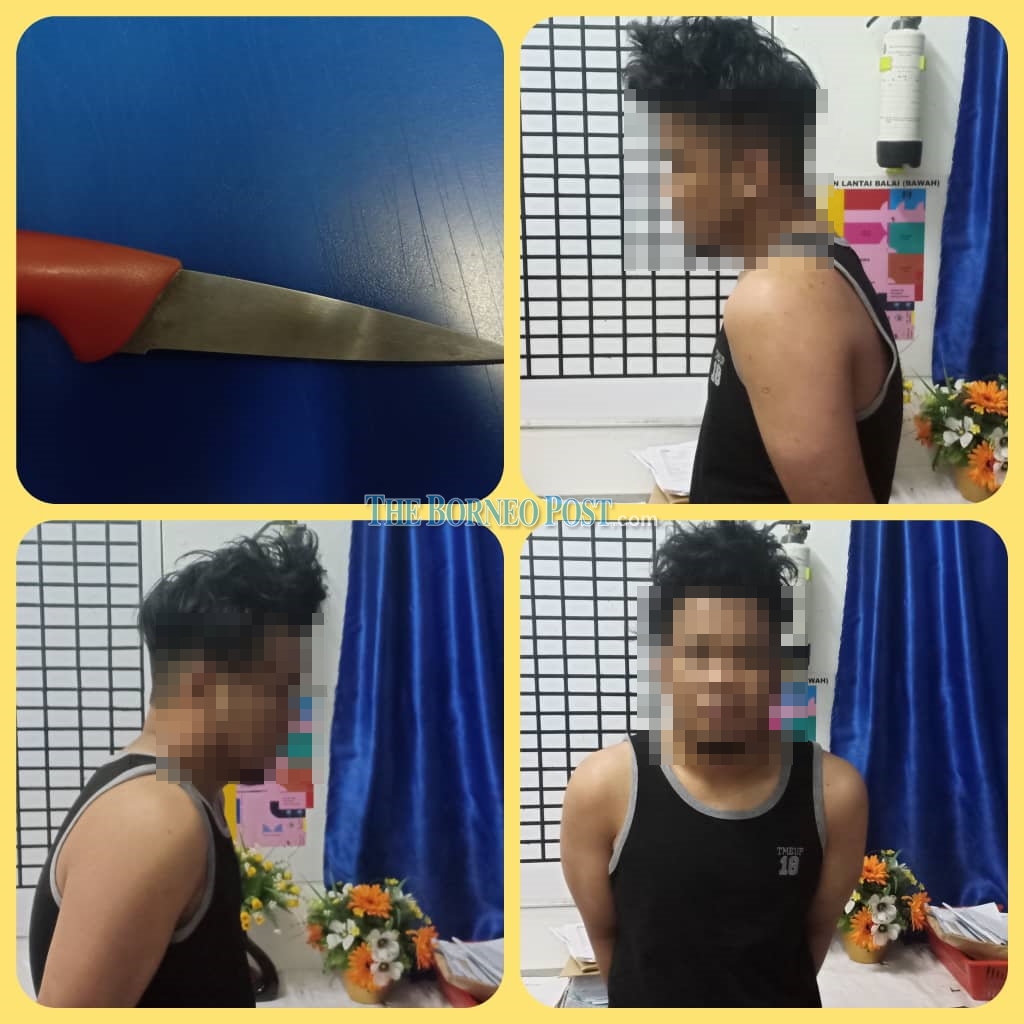 A combo photo showing the suspect and the knife that was surrendered to the police.

KUCHING: A 35-year-old woman with special needs (OKU) was allegedly beaten and strangled by her own brother with a blanket at a house in Taman Malihah, Jalan Matang last night.

It is believed that the victim refused the 24-year-old male suspect’s requests for money, which caused him to go berserk.

“Police received a distress call at around 9.30pm and headed to the suspect’s house where he was immediately arrested,” said Padawan District police chief Supt Aidil Bolhassan who confirmed the case today.

The suspect was later brought to the Batu Kawa police station and will be investigated under Section 506 and Section 323 of the Penal Code.

After the incident, a police report was lodged by the suspect’s brother in-law, who surrendered a seven inch knife which is believed to be the suspect’s.

The suspect, who was jobless, has three past criminal records – including one case for drug abuse.