Wednesday, February 19
You are at:Home»News»Crime»Angry mob beats man half to death for allegedly running over two people 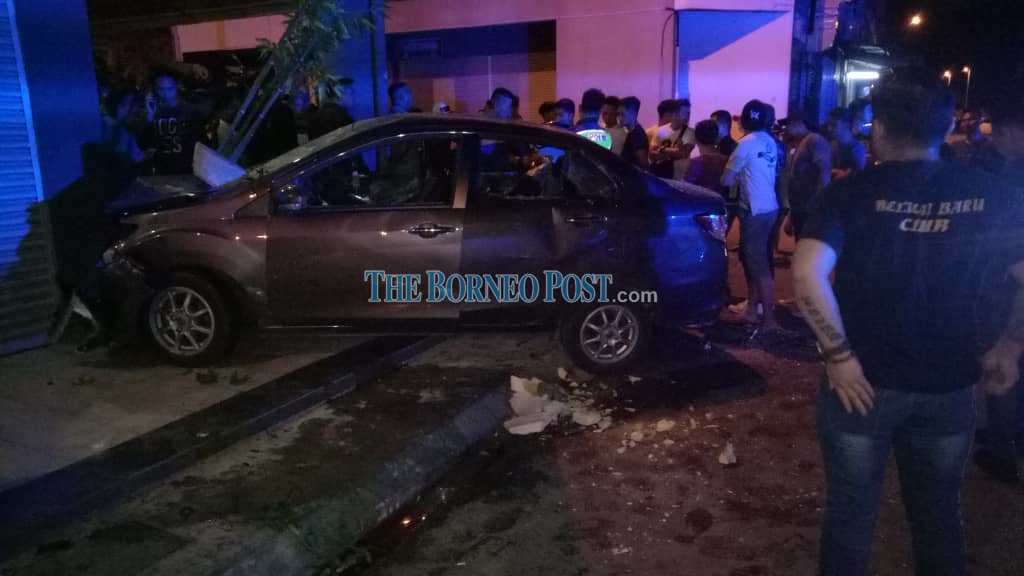 The man was pulled from the crashed vehicle by a mob, who then proceeded to beat him severely.

KUCHING: A man in his late 30’s suffered serious head injuries when he was beaten by an angry mob for allegedly running over two men with his car at a commercial centre in Tabuan Jaya at around 3am on Sunday.

According to a witness, the driver, who was believed to have been drunk, lost control of his vehicle and ran over two men before crashing into one of the shoplots.

Due to the impact, one of the men suffered broken bones to both his arm while the other escaped without sustaining any injuries.

The incident soon escalated with the arrival of an angry mob who pulled the driver out of the car and started to beat him up.

An ambulance was later called to the scene to send all three men to the Sarawak General Hospital (SGH) for treatment.

In a separate incident, a 30-year-old man from Matang Jaya was also beaten up at the same commercial centre in Tabuan Jaya when he got into a fight with three men who had allegedly tried to seduce his female friend.

Arriving at the hospital for treatment, the man was seen to be suffering from a gash which is believed to have been caused by a sharp object.