Tuesday, May 24
You are at:Home»News»Big plans ahead for Ngemah area 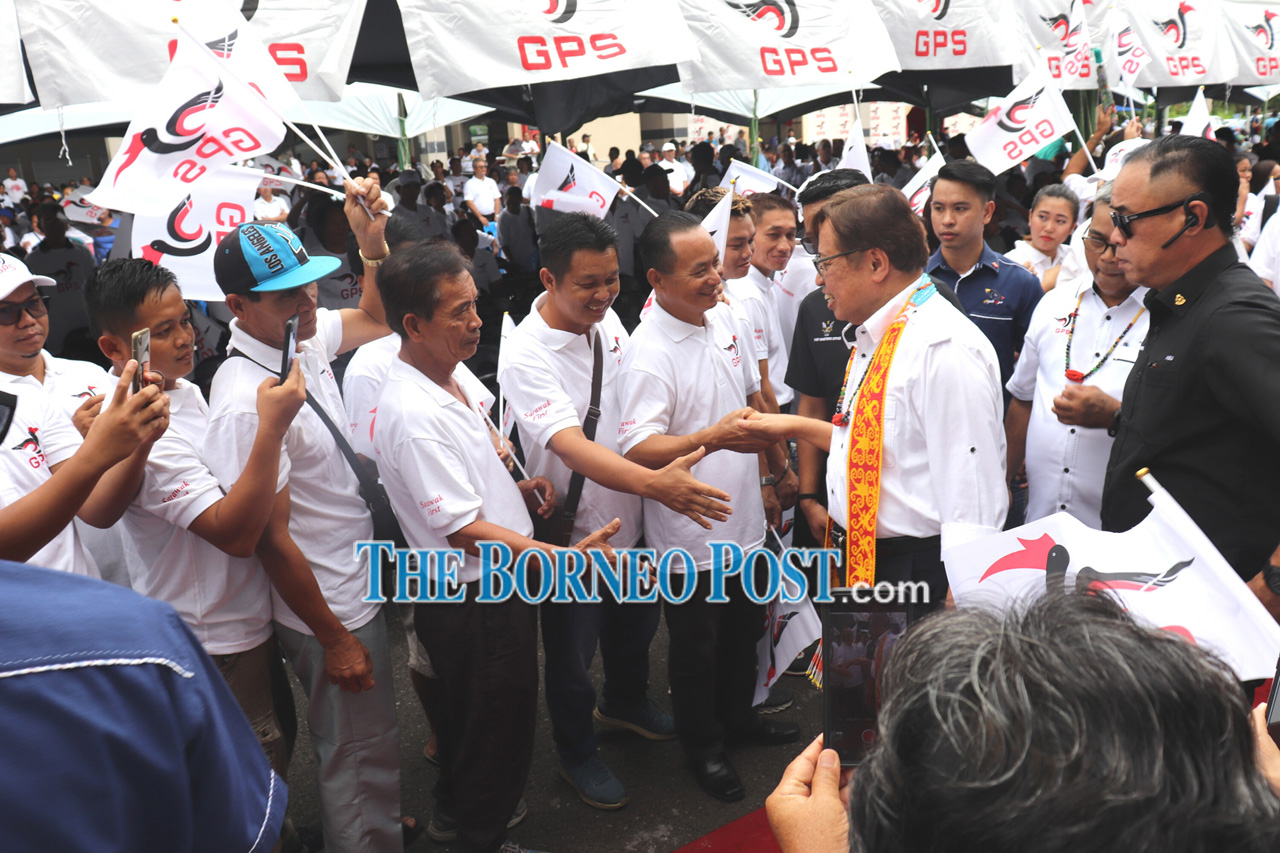 Abang Johari exchanges greetings with the people on his arrival at Kanowit new market.

KANOWIT: A development plan has been proposed for Ngemah area under Upper Rajang Development Agency (URDA).

“Within this belt, we will develop infrastructure such as electricity and water and open up land including Native Customary Rights (NCR) to develop commercial agriculture.

“This will improve the income of the people in Kanowit,” he said when he officiated at the launching of Gabungan Parti Sarawak (GPS) Zone 11B roadshow at Kanowit new market here yesterday.

He also assured that the state government will provide fund under 12th Malaysia Plan for NDA.

He added the objectives of NDA were to honour the sacrifices of Nanga Tada, Nanga Ngungun and Nanga Jagau villagers who had to be resettled in the fight against the communist insurgency in 1970s.

The area will be developed through proper infrastructure and coordinated socio-economic development programmes.

He said that they have learnt a lesson in BN.

“That’s consensus. So there are weaknesses in BN,” he said.