Saturday, December 4
You are at:Home»World»Firefighter dead in Australia blaze 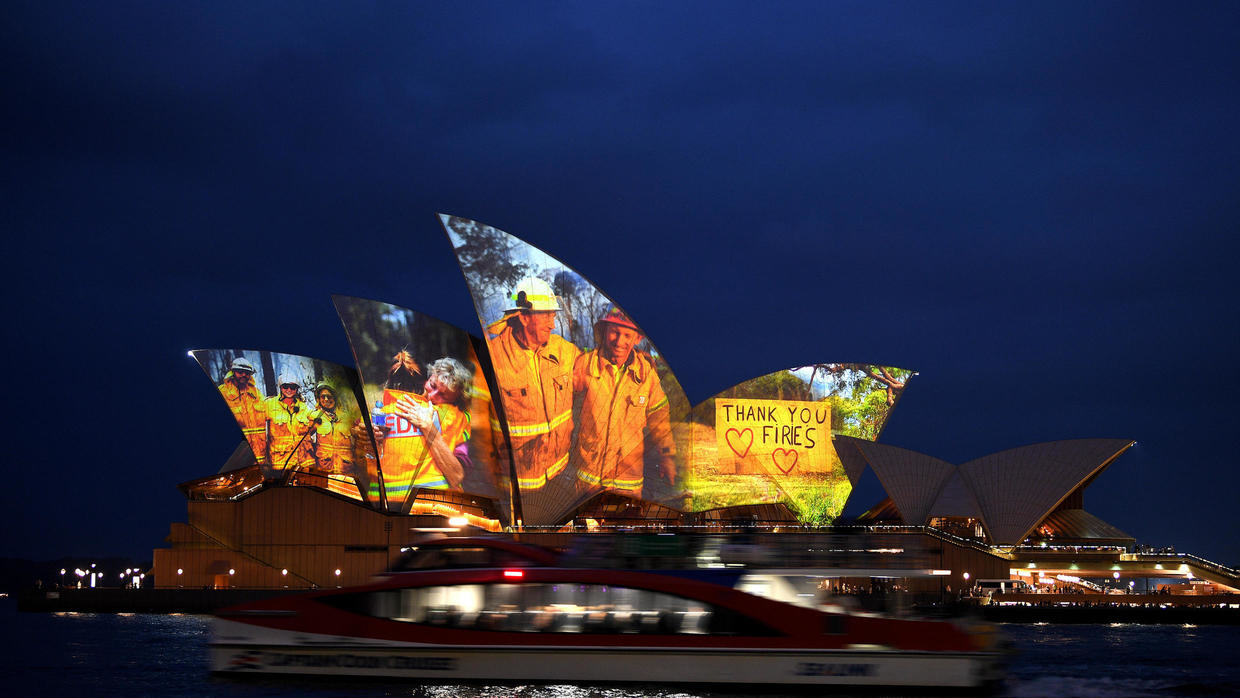 The Sydney Opera House lights up with a message of thanks to those fighting the fires currently affecting Australia. AFP Photo

An Australian firefighter has become the latest victim of the months-long bushfire crisis, with authorities saying Sunday that the 60-year-old man died fighting a blaze in the country’s south.

Chris Hardman, chief fire officer at Forest Fire Management Victoria, said a firefighter from Parks Victoria was “involved in an incident while working on a fire in the Omeo area resulting in a fatality”.

It is believed he was struck by a tree.

The death raised the toll from Australia’s bushfires to at least 27, even as firefighters took advantage of cooler conditions to conduct backburning and strengthen containment lines.

Also Sunday, Prime Minister Scott Morrison said his government would consider opening a commission of inquiry into the blazes, amid sustained criticism of his handling of the crisis.

“I think that is what would be necessary, and I will be taking a proposal through Cabinet to that end,” he told public broadcaster ABC.

Morrison acknowledged a groundswell of anger about the climate-fuelled fires, which have burned an area the size of South Korea and again shrouded Sydney in smoke Sunday.

“In the years ahead, we are going to continue to evolve our policy in this area to reduce emissions even further and we are going to do it without a carbon tax, without putting up electricity prices and without shutting down traditional industries,” he said.

Authorities have warned that while the blazes are set to ease this week, the crisis is far from over. – AFP