Saturday, September 25
You are at:Home»News»Sabah»PSS holders not qualified to apply for PR, citizenship – Muhyiddin 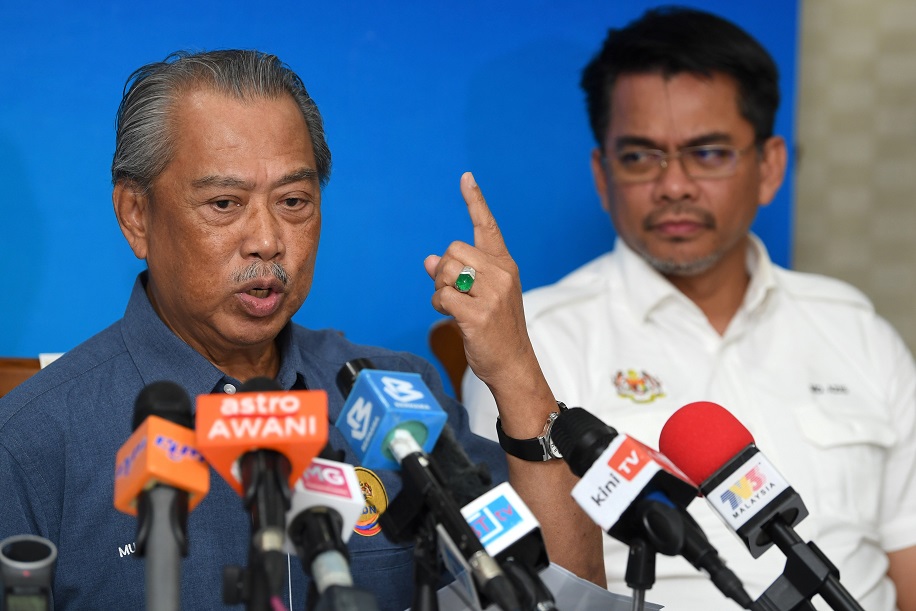 Muhyiddin said only one pass to be used to standardising the various documents held by foreigners in Sabah. – Bernama photo

PAPAR: Holders of Sabah Temporary Pass or Pas Sementara Sabah (PSS) are still categorised as immigrants without travel documents and hence, not qualified to apply for an entry permit, permanent resident status or citizenship, according to Home Affairs Minister Tan Sri Muhyiddin Yassin.

He said the proposed issuance of PSS was aimed at solving the issue and standardising the various documents held by foreigners in Sabah, and also at facilitating enforcement operations.

“Besides, the PSS is a control mechanism which will provide whereabouts and movement information of foreigners in Sabah and it also allows the holders to stay temporarily in Sabah legally, subject to specified terms and conditions.

Muhyiddin said this after attending a meet-and-greet session with the Papar People’s Volunteer Corps (RELA) here yesterday, which was also attended by his deputy Datuk Mohd Azis Jamman.

In September 2019, the Foreigner Management Committee in Sabah agreed to issue the PSS starting June 1 this year to replace the three documents issued to foreigners residing in Sabah, namely the IMM13 pass, Census Certificate and the Kad Burung-Burung, to ease their bank transactions and other matters related to work, education, health and marriage.

The proposed implementation of the PSS, however, had been manipulated by certain quarters on social media to the extent of causing public confusion.

Elaborating, Muhyiddin said the PSS will be issued in the form of a card with security features, containing biometric information of the holder and the validity period of the card.

The card will have to be renewed once every three years with a fee of RM120, he said.

“The power to issue the PSS will be under the Sabah Immigration Department and the card is only valid in Sabah,” he added.

When asked why the government opted for the granting of the PSS rather than deporting the foreigners to their countries of origin, Muhyiddin said the deportation process is a long-term solution that requires close diplomatic cooperation with the countries involved and more detailed plans and operations.

He said the granting of the PSS is a short-term solution decision that would allow the government to have data and records of the whereabouts and movement of foreigners in Sabah.

“With such information and orderly records, any long-term action can be implemented more strategically,” he said, adding that the implementation of the PSS was not a political issue, but rather a security issue for the people of Sabah. – Bernama