Tuesday, September 28
You are at:Home»News»‘Same Day Registration Approved’ for convenience of landowners soon 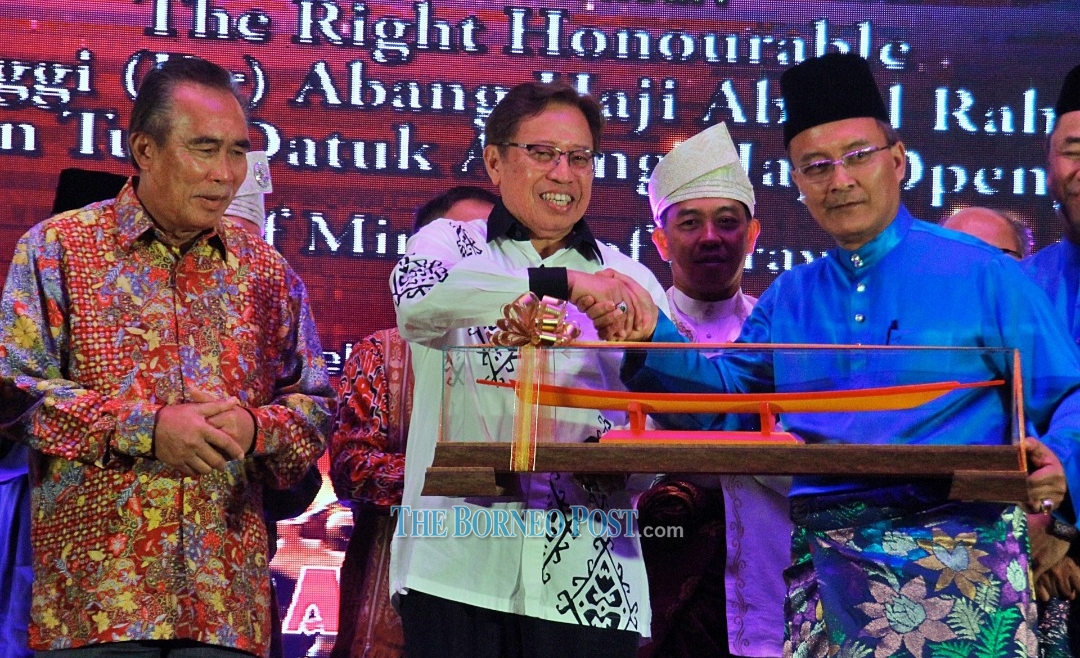 Abdullah (right) presenting a memento to Abang Johari (centre), as Len (left) looks on during the Land and Survey Department Appreciation Dinner here on Saturday.

KUCHING: The Sarawak Land and Survey Department will be implementing a ‘Same Day Registration Approved’ service for land titles and instrument registration by the middle of the year.

The department’s director Abdullah Julaihi said a trial run has been carried out recently and it had worked, but after some kinks have been worked out, it is expected to be implemented in the middle of 2020.

“We are proud of our achievement today, where 100 per cent of applications for land titles and instruments have been processed after one day. At the moment, when a landowner submits his application for a land title, it would normally take more than a day for it to be completed.

“But God willing, around the middle of this year we will implement the ‘Same Day Registration Approved’ initiative – you register in the morning, approved by the end of the day,” he was speaking during the Land and Survey Department Appreciation Night Dinner here on Saturday.

Abdullah said the initiative is expected to be launched by the Chief Minister Datuk Patinggi Abang Johari Tun Openg, and it would greatly help not just the department but also landowners with their registration, especially those who come from rural areas.

“We are proud of our achievement for 2019, where we have completed no less than 92 per cent of our projects for that year,” he added.

On another note, Abdullah also revealed that the Land and Survey Department managed to earmark about RM500 million worth of revenue for 2019, and is expected to increase this year and years to come.

He hoped that in years to come, with the introduction of new regulations and revised rates particularly for quarry royalties, the department would be able to earn more revenue, which in turn would help boost the development of the state in its effort to become the most developed state by the year 2030.

“This is like what Abang Johari has mentioned several times before as revenue re-engineering, where we look thoroughly at several aspects where we can earn revenue, particularly those concerning the Malaysia Agreement 1963 (MA63).

“We hope that there will be positive changes to revenue collection involving land in the near future after that,” said Abdullah.