MEMBAKUT: The Kimanis by-election has awaken the sleepy town of Membakut with thousand of supporters from Parti Warisan Sabah (Warisan) and Barisan Nasional (BN) campaining for their party candidates.

Located in the district of Beaufort and about 94 kilometres from Kota Kinabalu, Membakut has always been a slow moving town where everybody knows everybody.

But the past couple of days have seen visitors tripling in numbers ever since the Kimanis by-election was announced and nomination on January 4.

A survey by Borneo Post revealed that the sentiments of the people of Membakut were split equally.

A local vegetable trader, Baharia bt Jamaludin, said the Kimanis by-election campaign has seen her sales increased for the past couple of days. 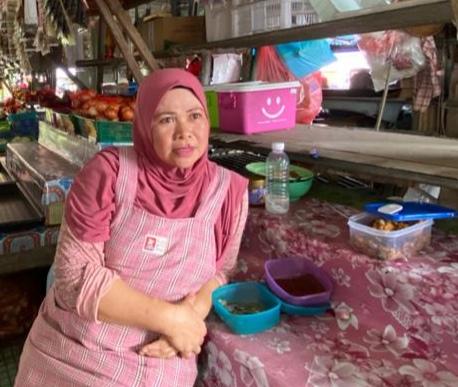 “We have more people visiting our stall both during normal business hours as well as during the morning tamu.

“Although we are pleased to see many people, including leaders from both side (political parties for the Kimanis by-election) came to visit and shake our hand, we do feel disappointed that they will only make such visit when they desperately need our votes,” said the 45-year-old mother, who has been trading in the stall for several years.

“They not only inspect our products, but will determine the price of the products we sell.

“For example, previously the price of red onion was only RM8 per kilo, but now it is RM15 per kilo.

“If price of essential goods such as food continue to increase, then how are we traders going to make profit, how are we going to survive during this bad economy?” she asked.

Another trader in the tamu, Saril Asniah, believed the ‘straight fight’ between Warisan’s Datuk  Karim Bujang and Datuk Mohamad Alamin of BN will be a close contest as both candidates are no strangers in the political scene. 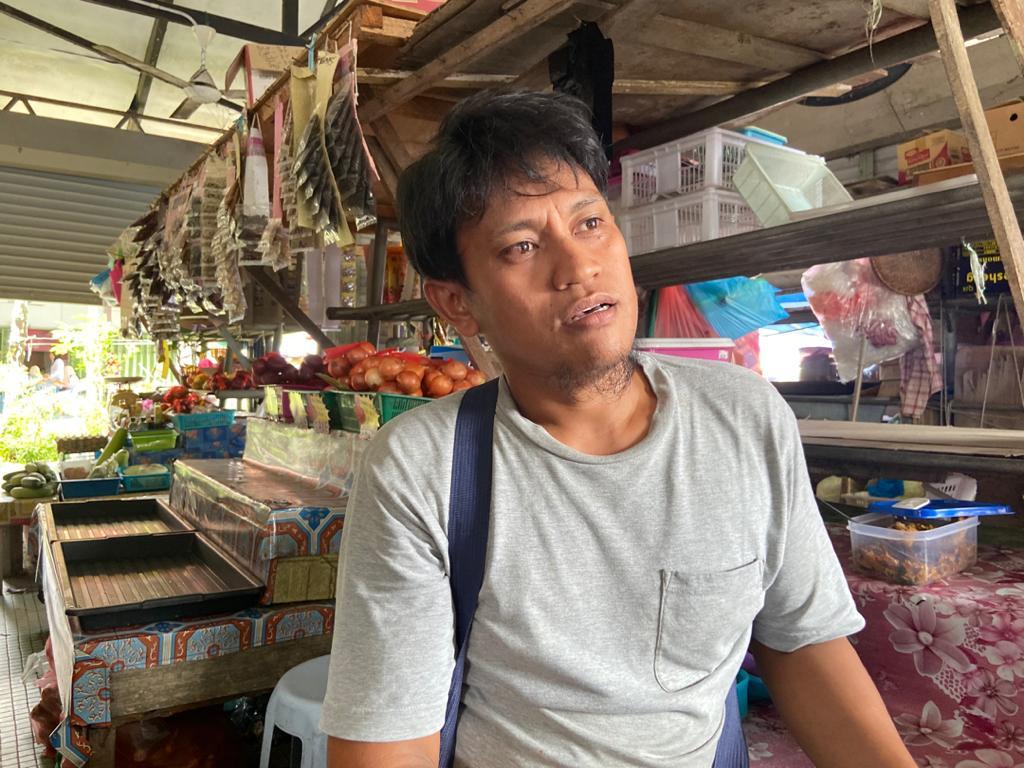 “It will be a close fight and it is difficult to tell who will come out as the winner,” he said.

When asked who among both candidates is more popular in Membakut, Saril said both are equally popular but believed Karim will have the advantage as he is contesting under the Warisan government ticket.

“To be honest, I do support Warisan but most people are hoping that BN will win in this by-election,” he added.

When asked why he and most voters have such views and hopes, Saril then echoed the same grievance of his neighbour trader, Baharia.

He also believed the current government has not done much since they came into power about one and a half years ago.

“Like I’ve said, I am a Warisan supporter, and while BN has not done much for the people of Membakut all those years, we also feel the Warisan government is also moving in the same direction.

“I have not met any Warisan leader since they became the Sabah government, while this is the first time Hishammuddin (former Defence Minister and Umno leader Datuk Seri Hishammuddin Hussein) come and meet Membakut people to campaign for this by-election,” he claimed.

“I hope Warisan leaders will listen to the rakyat because we vote for you in the previous election and we hope you will fulfil some of your promises to us.”

When asked what he and the people of Membakut want from either political party if they win in the Kimanis by-election, the 30-year-old trader wants Warisan to solve the Malaysia Agreement 1963 (MA63) issues.

“As for the youth of Sabah and Malaysia, we want the government to fulfill their aspirations.

“If BN wins, we want them to fulfil all their promises to develop Membakut just like how they have developed Beaufort,” he said.

Meanwhile, a small-time jewelry trader, Osly Janudin, 72, believed the Kimanis by-election is split 50/50 as the people of Membakut, right up to Kimanis, are hoping whoever wins will not forget what they had promised the rakyat when they were the government. 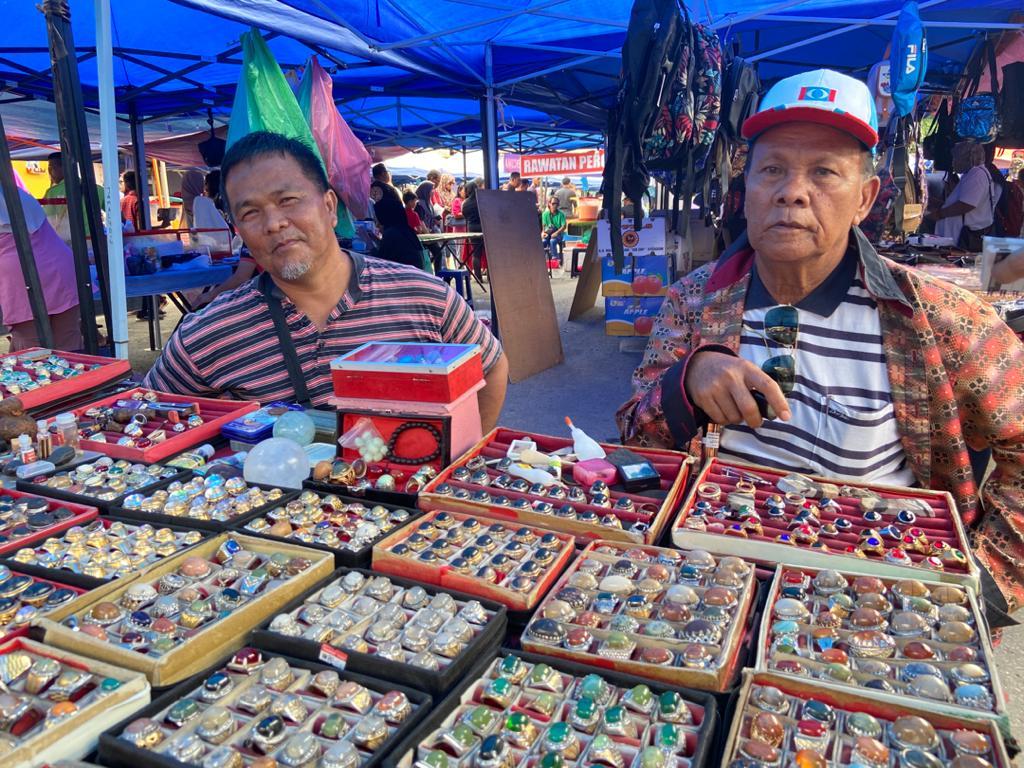 Osly (right) and his son selling jewellery at the Membakut town tamu.

“BN, when they were the government, promised us many developments such as good roads and drainages, but unfortunately many villagers were flooded recently.

“This was because of bad planning by the previous BN government.

“I therefore hope the current Warisan government will not follow the same footsteps like BN, who after winning election, they forgot us,” he said.

Yesterday’s campaign by both political parties was a walkabout at the Membakut town tamu.

Among those who came to meet voters and traders in Membakut were Karim and Hishammuddin.