Friday, February 28
You are at:Home»News»Sabah»LDP: No reason to teach Warisan lesson 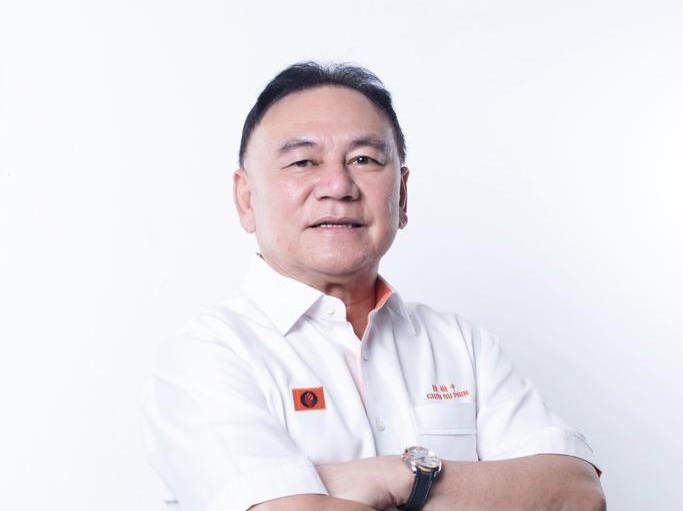 Chin said there were undeniably flaws in the administration of the Warisan-led State Government which Chief Minister Datuk Seri Panglima Shafie Apdal should rectify before the next general election.

“Having said that, there is no reason for the people of Sabah to vote for Barisan Nasional (BN)-Umno’s candidate Datuk Mohamad Alamin in the Kimanis by-election.”

The Kimanis parliamentary by-election on January 18 is a straight fight between Datuk Karim Bujang of Warisan and Mohamad of BN.

He reminded the Kimanis voters that the corrupt practices and power abuse among Umno leaders for the past 20 years in Sabah had led to the fall of BN in the 14th General Election (GE14).

“One by one, the Umno leaders have been charged in court for money laundering, abuse of power and corruption.

“And yet, these leaders are not embarrassed at all by their court cases and still exploit racial and religious sentiments to win support.”

Chin also called out on former BN component parties and leaders who were shamelessly lending their support to Umno’s candidate despite having quit the coalition.

“I hope the people will see the true colours of these leaders.”

He said Umno was confident that the party could emulate BN’s victory in the recent Tanjung Piai parliamentary by-election in Kimanis but in reality Sabah’s politics was different than that of West Malaysia.

Despite the change of government, Chin said Pakatan Harapan (PH) in West Malaysia was not much different than its predecessor BN in its race and religion-based politics.

“The problem does not lie with the people.

“The Malays, Chinese, Indians, Kadazans and other ethnic groups in Malaysia treat each other with mutual respect and tolerance.

“The politicians are the ones who are stoking racial tension to destroy the harmony in our diverse communities to advance their political agendas.”

He said the PH government has emphasized on harmony among Malaysians and yet the Prime Minister Tun Dr Mahathir Mohamad, Home Minister Tan Sri Muhyiddin Yassin and other ministers, who had the power to take action on racial or religious fanatics, have turned a blind eye on individuals who attempted to hurt national unity.

On another note, Chin said the Sabah Temporary Pass (PSS) to be issued to foreigners in Sabah who were holding the IMM13 document, Burung-Burung card or census certificate has been politicized.

“By doing so, the government will know how many PTI, IMM13 document, Burung-Burung card and census certificate holders there are in Kota Kinabalu, Tawau, Sandakan and other areas.

“The figure may reach one million or it could be less. We do not know.

“And only after registering them we formulate a solution for this matter.”

He said the Malaysian government could negotiate with its Philippine counterpart on deporting PTI back to their country.

“If they wish to enter our country, the Philippine government must issue them passports.”

Meanwhile, Chin said IMM13 holders or the third or fourth generation of refugees in Sabah could be given documents that allowed them to reside here, provided that the government guaranteed that no citizenship or permanent resident status would be issued to these foreigners.

He said the State Government should disseminate detailed information to the people before implementing the PSS for them to understand and accept the government policy.

“There are only some issues or flaws, especially the PSS, which the State Government has to address in order to garner the people’s trust and support.”

He said a lot of the voters were beginning to doubt PH’s ability to bring major transformations to the country.

“This is why the people of Sabah and Sarawak should unite and support local parties.

“In doing so, we, East Malaysians, will be the kingmakers of GE15 and rise to become a third force to fight for greater autonomy from the Federal Government.”

Chin reiterated that the voters in Kimanis should support the candidate fielded by local party, namely Warisan.

“There is no reason to vote for Umno just to teach Warisan a lesson because of issues like the PSS.

“Umno is not worthy of your vote,” he appealed to the voters.

“The people have toppled Umno in GE14 so why would we support them again in this by-election?”

He pointed out that the Umno leaders who have gone to Kimanis to campaign for the BN candidate were the same individuals who made extreme, seditious remarks in the Parliament to create racial tension.

“These peninsular-based parties do not deserve Sabahans’ support,” he stressed.