Saturday, January 25
You are at:Home»News»Satok Suspension Bridge expected to be opened in June – JKR S’wak director 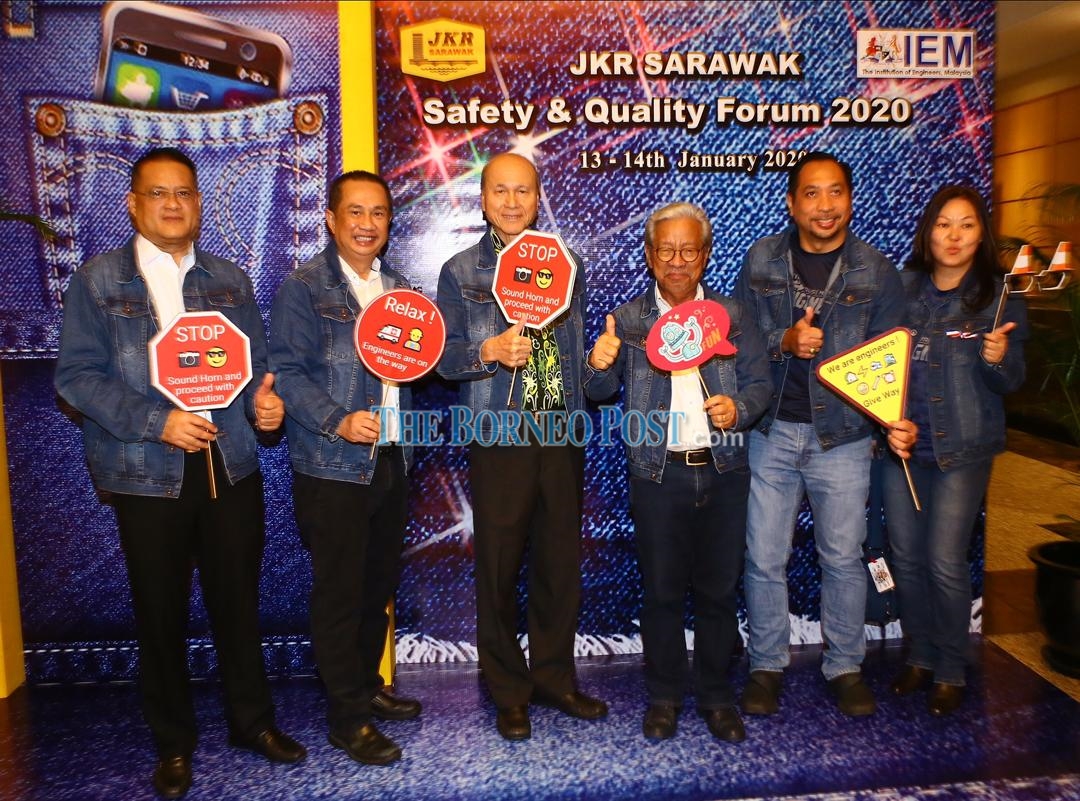 He said works on the redesigned bridge have already started and that the department is closely monitoring the project on a daily basis.

“The redesign has already been confirmed and verified so we’ve started the work on the new anchor block,” he told reporters when met after the JKR Sarawak Safety & Quality Forum Welcoming Dinner at a hotel here last night.

Zuraimi and Deputy Chief Minister Tan Sri Datuk Amar Dr James Jemut Masing, who officiated the event, were asked to give an update on the Satok Suspension Bridge which had its opening postponed due to the anchor block titling during the bridge’s load test last year.

Zuraimi gave his assurance that Satok Suspension Bridge is safe and that the redesign would involve placing another anchor block nearer to the bridge.

“They’re going to put another one nearer to the bridge. The bridge is okay and there’s nothing wrong with it.

“It just so happens that that when we did the load test (last year), the anchor block tilted.”

“We are now monitoring it everyday. We are very thorough in our analysis and this time around, we want to make sure everything goes smoothly.”

Meanwhile, Masing said he has been informed that the bridge is safe.

“But we are not opening it to the public yet until we are 100 per cent sure that it’s safe.

“Experts from outside are here now to look at it carefully. I don’t want to take chances.”

On another issue regarding the study of takeover of ports in Sarawak including Bintulu Port, Masing said the State Attorney General (SAG) Office is currently undertaking this matter.

“The SAG Office is doing it and finding out how best to tackle this problem.

“The study is still ongoing and we have to look at it very carefully particularly the legal aspects of it.”

Asked if any initial reports have been given to him, the Infrastructure and Port Development Minister said he has yet to receive them but believed that the SAG Office is currently preparing the reports.

“I did not give them a deadline and there’s no pressure because we want to make sure to do it correctly.

During the State Legislative Assembly (DUN) Sitting in November last year, Masing’s deputy Datuk Julaihi Narawi has told the august House that the Sarawak government is studying ways to take over Bintulu Port and other federal entities in the state to empower port management in Sarawak.

He said the state could only act on acquiring federal entities once the study was completed.

Previous ArticleMasing: PRS yet to receive any compound notice from MACC for receiving 1MDB funds
Next Article PDRM offers 50 pct discount on traffic summonses from Jan 18