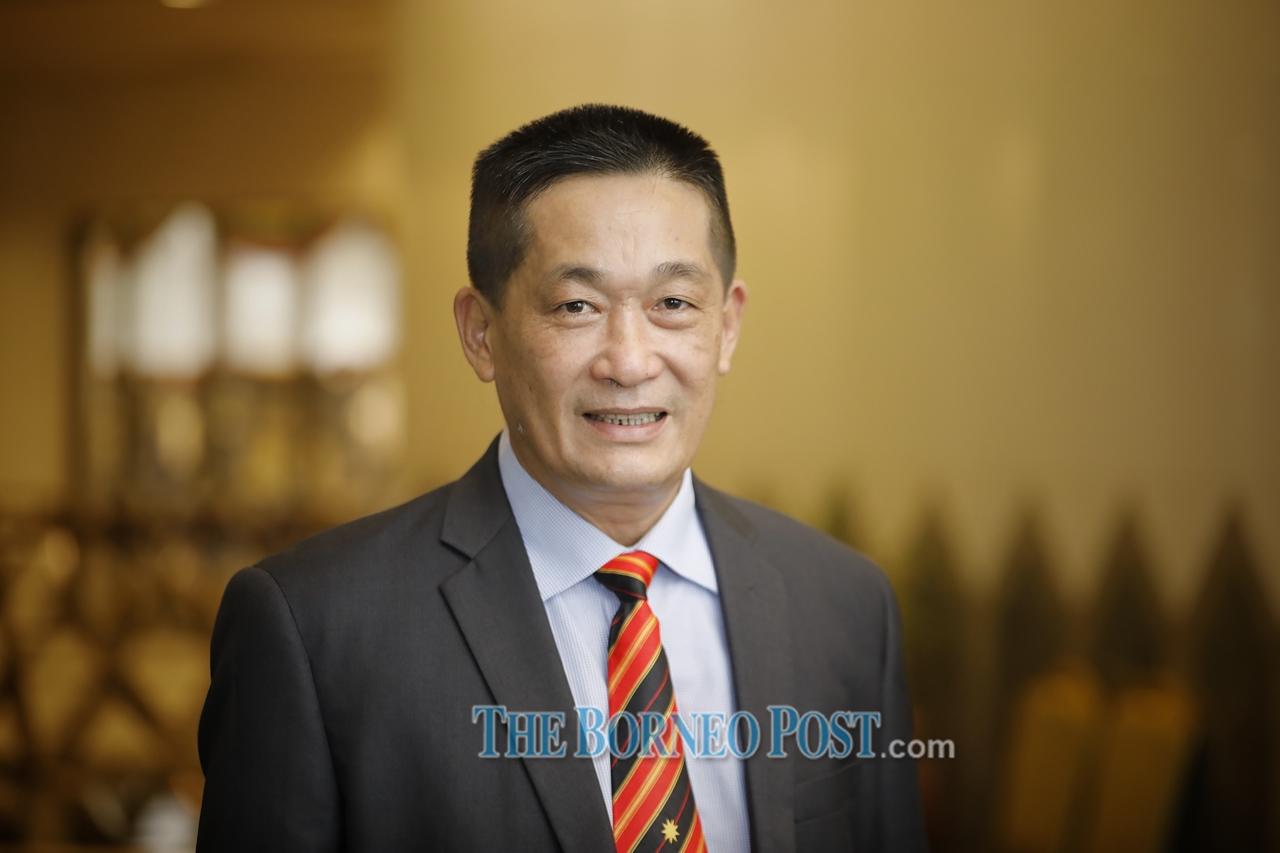 KUCHING: All political parties and leaders in Sarawak should project and uphold a decent level of political dignity and nobility to serve the greater interests of Sarawak and all Sarawakians, says Batu Lintang assemblyman See Chee How.

See said this is important so that they will be able to collectively win the confidence and support of the people.

“By agitating lawlessness, hostilities and violent confrontation in disregards for the political and social order, peace and harmony in our Sarawakian society, such political party or individual will not gain the support of the Sarawakian voters,” he said in a press statement today.

See was responding to a call by State Reform Party (Star) president Lina Soo for him to once again table a motion on referendum in the next sitting of State Legislative Assembly (DUN) scheduled in May.

“I am not in the least offended by the statement of the Star President Lina Soo, I respect her right to speak her mind.

“However, I hope she will conduct herself to continue the legacy of the party which was formed and built up by the past leaders, particularly the late Patau Rubis, who was a respected leader and representative of the people, having also served the government at the State and Federal levels,” he said.

In order to be a responsible political leader, See said the person must protect the good institutions of our country: the parliamentary democracy, constitutional federalism, the Constitution, laws and order, and the peace and harmony enjoyed and cherished by all Sarawakians.

“We want positive changes and reform, for the best of Sarawak and all her people, and all Sarawakians should commit ourselves to the cause. To advocate for lawlessness, hostilities and violent confrontation will be counter-productive and may even blemish the good cause.”

See recalled that during a recent forum organised by the Movement of Change Sarawak (MOCS), he had given his opinion that Sarawakians should emulate Scotland in their quests for referendum, devolution of powers and independence, through constitutional, legal and the democratic process which has been peaceful and orderly.

“This is in huge contrast to the models suggested by Lina Soo: the USA, Norway and East Timor (or Timor Leste) whose process in achieving independence were marred by lawlessness, hostilities and violent confrontation, though the former two took place 300 years ago.”

See said Soo had mistaken the declaration of independence of the first 13 British colonies in America in 1776 with the Massachusetts Compromise in 1788 of which the Federalists and Anti-Federalists States reached consensus over the ratification of the United States Constitution, adopting the first ten amendments and the Bill of Rights.

“There were no referendum of independence in Massachusetts, whether in 1776 or 1788, as claimed by Lina Soo.

“And the independence of the USA was attained through the American War of Independence, also called the American Revolutionary War (1775–1783), fought between the Great Britain and the 13 colonies in America.

“Many Americans and British nationals had lost their lives in the lawless, hostile and violent confrontation for seven years, until the UK Parliament voted to end all offensive operations in America in 1782 and the signing of the Treaty of Paris in which Great Britain agreed to recognize the sovereignty of the United States in September 1783.”

In the case of Norway, See said the country regained its independence in 1905 after the dissolution of the Union of Sweden and Norway.

“In the personal union with Sweden, Norway was legally an independent state, with its own parliament, judiciary, legal system, armed forces, and currency.

“However, Norway and Sweden shared a common monarch and conducted a common foreign policy through the Swedish ministry of foreign affairs. It was the historians’ observation that the Parliaments of Norway and Sweden and the common monarch King Oscar II had actually negotiated and planned the Norwegian plebiscite (or referendum) to end the months of tension and possibility of a war.

See said the East Timorese had also gone through a difficult path towards achieving independence.

“Having being an neglected outpost and a Portuguese colony since the 16th Century, the movement of independence of East Timor was triggered by the 1974 Portuguese revolution and a civil war broke out between the Revolutionary Front for an Independent East Timor (Fretilin) with the Timorese Democratic Union (UDT) who had staged a coup in August 1975.

“Barely nine days after Fretilin declared East Timor’s independence on 28 November 1975, the Indonesian military launched an invasion of East Timor and later declared East Timor as its 27th province on 17 July 1976, to the strong objection by the UN Security Council and her status had always remained that of a ‘non-self-governing territory under Portuguese administration’.

“The resistance to Indonesia’s occupation of East Timor from 1975 to 1988 was marked by violent confrontations and brutality, and recorded 200,000 fatalities. It was until the political changes in Indonesia that a UN-sponsored agreement was reached between Indonesia and Portugal to allow a UN-supervised popular referendum in August 1999, again marred by hostilities and violence.”

See said: “Across the political divide, we cherish this peace and harmony to ensue in Sarawak, but we must continue to gain all that Sarawak and Sarawakians constitutionally, legally and rightfully deserved and entitled.”

He said that was the other point that he had emphasised at the MOCS forum, that is the solidarity of all Sarawakians, regardless of their political party affiliation.