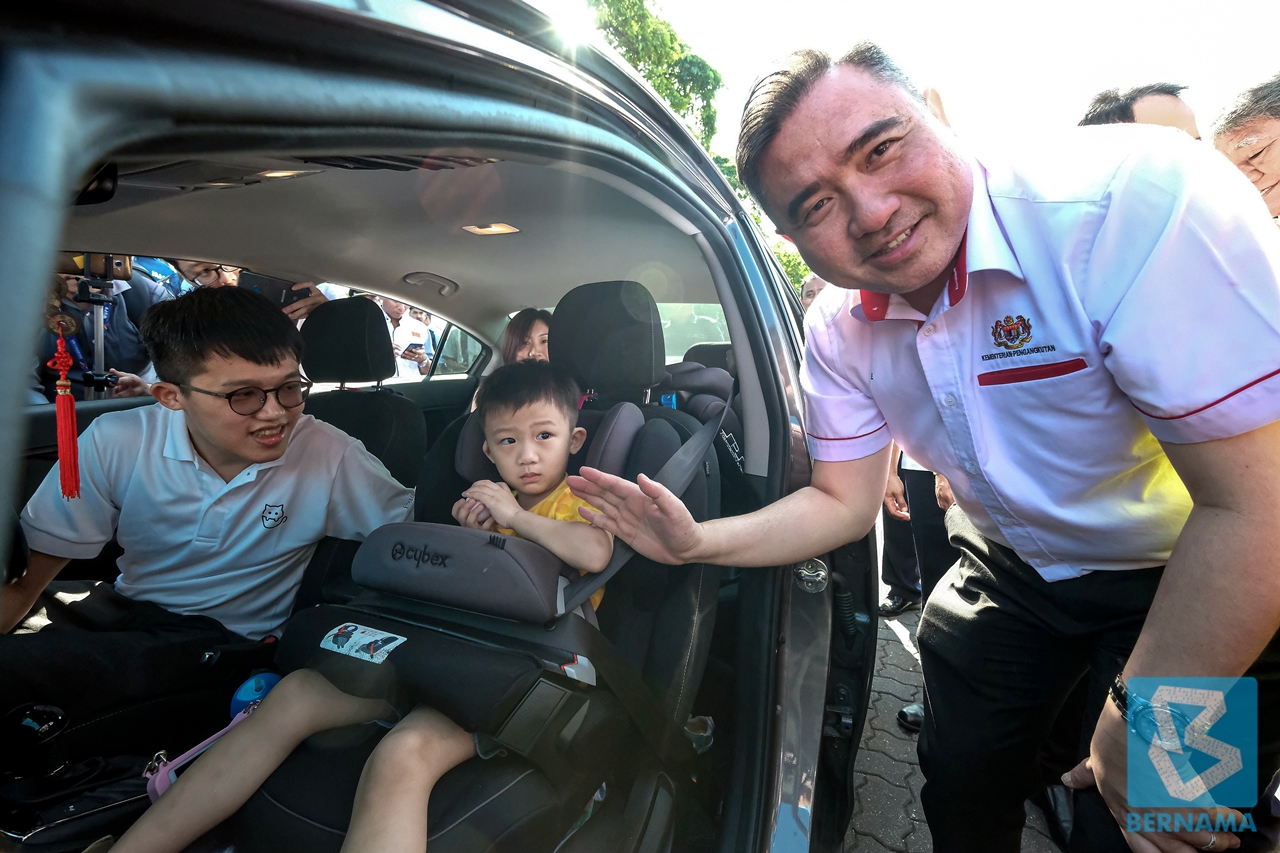 TAPAH: The Transport Ministry is working with the Domestic Trade and Consumer Affairs Ministry to monitor and ensure child restraint seats (CRS) in the market are in accordance with the necessary safety standards.

Transport Minister Anthony Loke Siew Fook said action would be taken under the Consumer Protection Act 1999 and the Trade Description Act 2011 against companies that were found to have supplied CRS which did not meet the stipulated standards.

“After Jan 1, the CRS products that enter the market must meet the standards as most of them are imported,” he said after launching the national-level Road Safety Campaign and Integrated Ops in conjunction with the Chinese New Year at the Tapah Rest and Recreation area here today.

Loke said his ministry was adopting a practical approach by allowing parents to use child safety seats which were purchased before the CRS enforcement took effect on Jan 1 this year.

​“We don’t want to force consumers but we advise them to check first before they purchase and follow the standards. The safety seats must have a sticker and QR Code,” he said.

Loke said for the moment, the government had no plan to extend the mandatory use of child safety seats to other types of vehicles.

The government announced that the use of child safety seats in private vehicles would be made mandatory starting Jan 1 this year.

The move towards mandatory child seat use was based on the statistics of 1,559 deaths involving children aged 10 and below were recorded from 2007 to 2017.

According to Malaysian Institute of Road Safety Research research officer Nurulhana Borhan, all CRS purchases must conform to the United Nations (UN) Regulation No 44 (ECE R44/04) and Regulation No 129 (ECE R129) as only those were allowed for use in the country.

She said the standards have been set by the UN Regulation as the safety measure for children with a height of 135 cm and below. – Bernama

Previous ArticleGOF seizes RM265,860 worth of smuggled beer in Serian
Next Article Security and Public Order Consultative Council to be set up