Tuesday, February 18
You are at:Home»News»Sabah»BN has not lost its touch – Mohamad 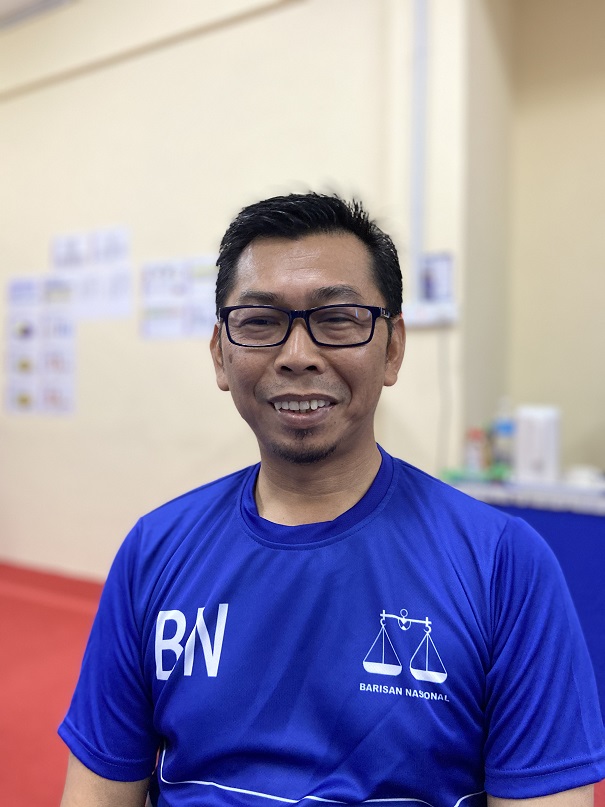 KIMANIS: Despite knowing that the victory in the Kimanis by-election will not change the Government, Barisan Nasional (BN) candidate Datuk Mohamad Alamin is still determined to win it as there are many reasons as to why BN should retain the seat.

The Umno Kimanis chief said he is adamant in being a member of Parliament that can send a strong message to the Government.

“As the Government, their administration needs to be changed and their service to the people must be improved so that they can solve the issues faced by the people.

“When the people are angry, the MP must send a strong message and speak up against the Government.

“Thus, this by-election is a chance for us (the opposition) to speak up against the Government so that they will improve their service to the people,” Mohamad told The Borneo Post.

As Kimanis is often seen as a stronghold for BN, Mohamad is certain that he will be able to defend the seat on behalf of his party.

The 47-year-old lawyer was previously the Bongawan assemblyman from 2013 to 2018.

He said that the ‘political tsunami’ which hit BN in GE14 had caused the party to lose many seats.

He pointed out that since then, many of the BN leaders had left the party to join the Warisan-Pakatan Harapan coalition.

“The current Government made many promises and baseless allegations which made the people change. That is why I am certain that the people will go back to BN,” he said.

As the by-election is about to reach its end, Mohamad opined that the people’s response to BN has been more positive.

He refuted claims that the BN had lost its touch.

He said he had been going house-to-house to meet as many villagers as he could in the remaining days of the campaign period.

“I have even visited houses that are located far away…the voters seemed to understand the issues that were brought up in this election.

“However, we will not take this lightly and we will continue to focus and work hard.

“This was my reminder to the BN machinery,” he stressed.

He is aware of the fact that many of the people in Kimanis either work as fishermen or farmers.

“With the high cost of living and uncontrolled prices of goods, how would the people even survive?” he questioned.

The polling day for the Kimanis by-election will be held on January 18.