Tuesday, October 19
You are at:Home»News»Nation»Dong Jiao Zong admits learning Jawi not a process of Islamisation – Mujahid 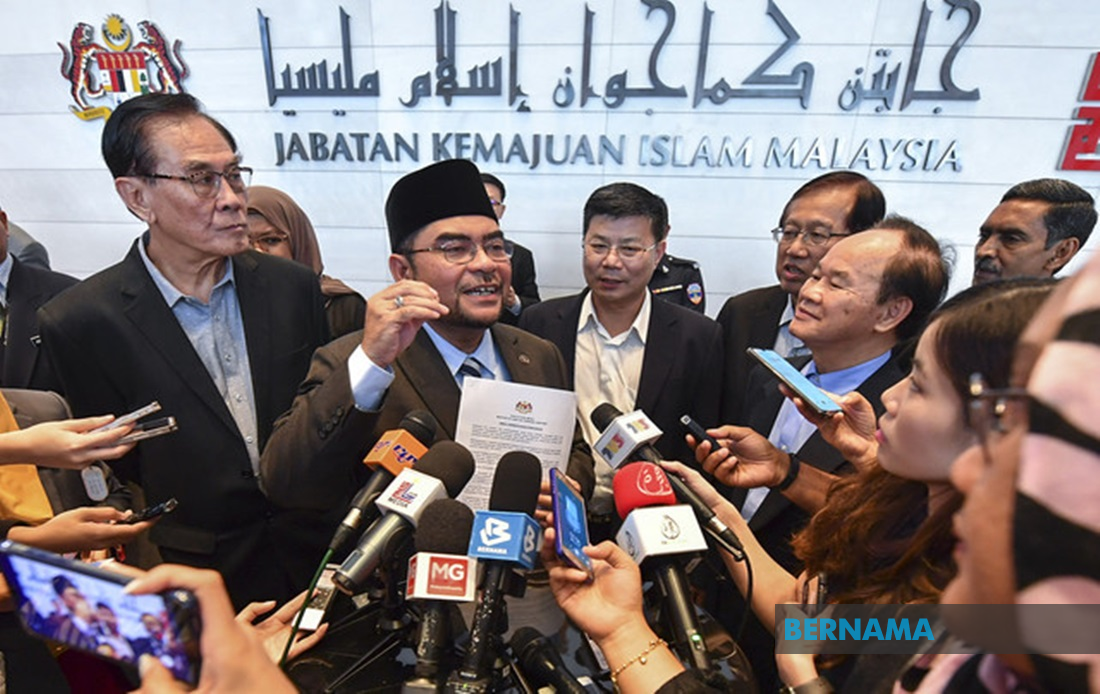 Dr Mujahid Yusof speaks to reporters after the meeting with representatives from Dong Jiao Zong and 11 Chinese and Tamil education-related organisations at his office. Bernama Photo

Minister in the Prime Minister’s Department Datuk Seri Dr Mujahid Yusof said this conveyed to him during his meeting with representatives of Dong Jiao Zong and 11 Chinese and Tamil education-related organisations at his office here today.

He said they agreed that there was no motive of Islamisation in the move to introduce Jawi writing to non-Muslim students and accepted Jawi as part of the country’s cultural heritage that should be respected by all parties, like the Chinese calligraphy, Tamil writing and those of other ethnic groups in the country.

“The issue that was raised is on the method of implementing it, which requires constructive discussion among all parties,” he said in a joint statement at a press conference shortly after the meeting.

Mujahid said all of them also agreed on the need for all races to collectively oppose any racist agenda to safeguard the harmony enjoyed by the people in the country and avoid racial animosity .

He said all parties also agreed on the need to unite to ease the tension on issues that touched on the sensitivity of others.

Meanwhile, Tan said the meeting was important as it provided an opportunity for them to give their views and stand on the matter, as well as other issues of concern to the public.

“Dong Zong is open-minded and respects diversity and is prepared to hold dialogues and interact with the relevant parties to resolve any misunderstandings for the sake of the country’s harmony and unity,” he added. – Bernama