Tuesday, February 18
You are at:Home»News»Sabah»H1N1 under control in Sabah – director 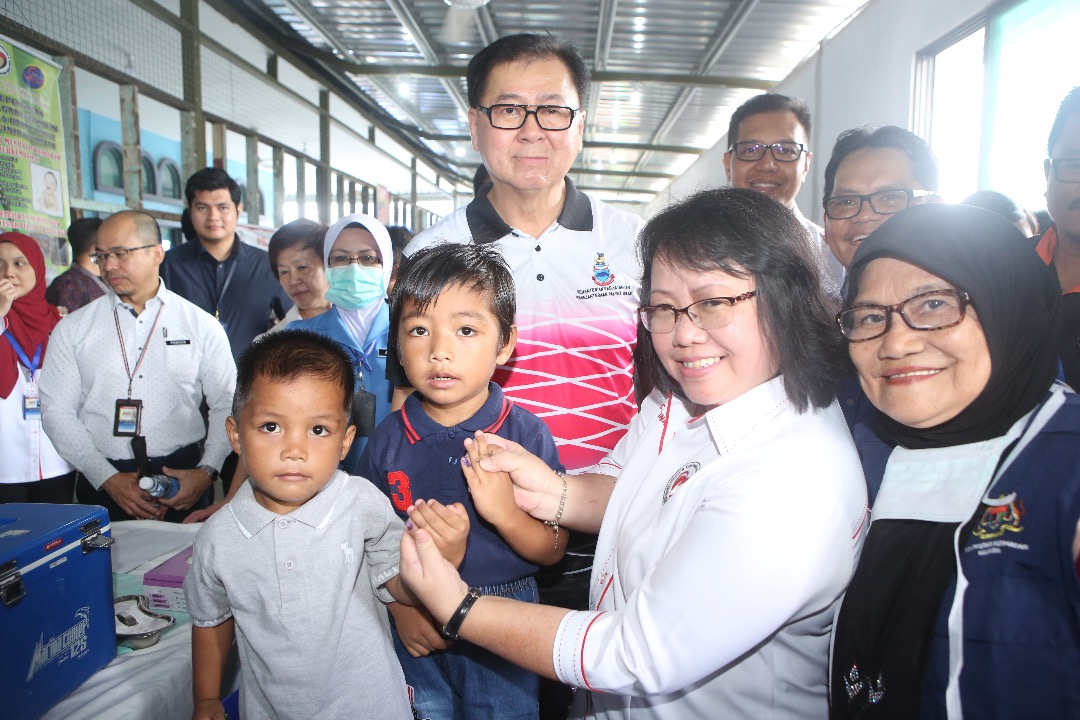 SANDAKAN: The influenza A (H1N1) condition in Sabah is still under control and there is no need for closure of schools here, said Director of Sabah Health Department, Datuk Dr Christina Rundi.

She also said that a lot of people are worried about H1N1 vaccine but there are other precautionary measures that could be taken to avoid getting H1N1 virus.

“There are other ways to avoid from getting influenza A; wash hands, (practice) correct coughing etiquette, and wear face mask; take care of own health so that one can be fit to fight the symptoms of Influenza A…these are all important too. Vaccine is not the only thing that is important (in avoiding H1N1).

Christina said this at a press conference held after the launching ceremony of Sandakan level’s Polio Immunisation Campaign that was graced by Minister of Health and People’s Wellbeing, Datuk Frankie Poon Ming Fung at Kampung Bahagia, Batu Sapi here, yesterday.

Poon said that the campaign here targeted 2,000 Malaysian and non-Malaysian children under the age of five around Kampung Bahagia to receive oral polio immunisation.

The campaign that was organised under the initiative of Sabah Health Department has been conducted in Tuaran and Pulau Berhala, and will be conducted in Kinabatangan and Papar, before it goes to other districts in Sabah.

Meanwhile, one of the parents who brought her children to get oral polio immunisation here, Nurisa Lajim, said that she was thankful for the campaign for now she was relieved after being worried about polio virus.

The 29-year-old mother of three said that even though her children had received full polio vaccination through the compulsory vaccination at health clinic here, she still felt worried for her children following the recent news that there was an eight-year-old boy who was diagnosed with polio virus in Batu Sapi.

“This is an extra prevention that I could take so that my children would stay safe. Now I could sleep at night without overthinking about the risk of my children getting infected with polio virus,” she said.

Nurisa said that she believed the villagers, whether or not they are Malaysians, all have equally high awareness of the importance of vaccination for newborn and children.

However, they would have their children vaccinated if they had the chance because they are very well aware of the importance of vaccination.

“In Kampung Bahagia, the Health Department personnel would come to the village once in a few months; that is when all those who have missed their children vaccination go to get injections for their children. I see no problem in terms of awareness among the villagers; it is just a matter of if they could afford it and if they could get to the clinic,” she explained.

Nurisa said this when met by The Borneopost after she brought her six-month-old, one-year-old and five-year-old to receive oral polio vaccination here, yesterday.