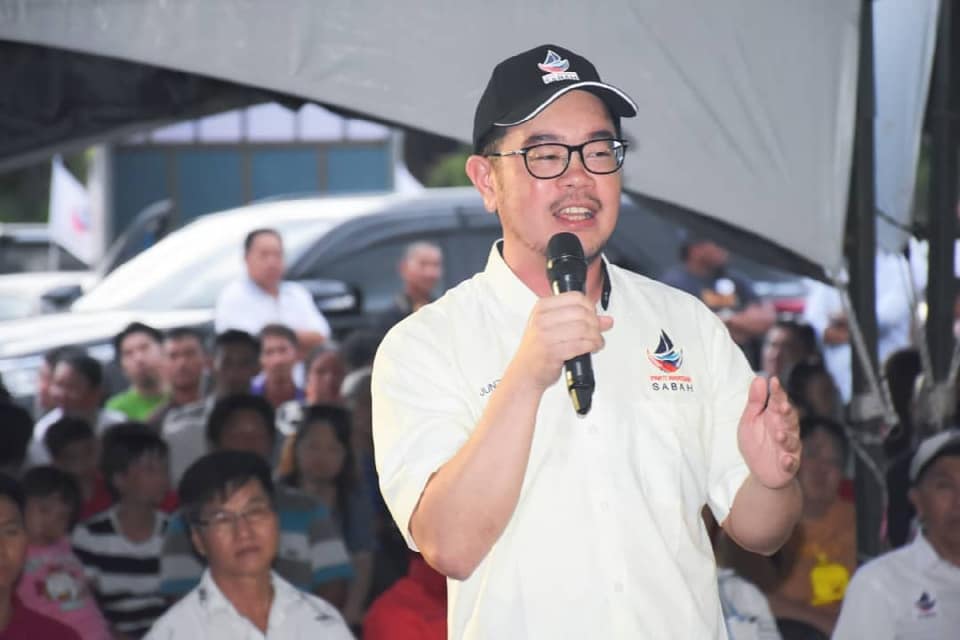 He said during the Usno era, Sabah had its own challenges, but Sabahans were held in high esteem.

“Do you remember how rich Sabah was during the Usno era? Every year, Yayasan Sabah distributed school bags, shoes, financial assistance and so forth.

“Our children that were sent to further studies in West Malaysia were greeted like VIPs. West Malaysians viewed Sabahans as rich people,” Junz said in Ulu Kimanis yesterday.

“But everything changed after Umno arrived. The resources and rights of Sabahans were channeled out of Sabah, one by one. In the end, outsiders became richer courtesy of our wealth, while we became poorer,” he claimed.

Junz, who is also Sabah Minister of Agriculture and Food Industries, said this was because “Umno sold us out”.

“For example, we used to have the power to approve the building of jetties for fishermen. But after Umno arrived, that power was surrendered to the Federal government.

“Same in the bird’s nest industry. During Umno’s rule, we were forced to ship bird’s nests from Sabah to West Malaysia for processing and exporting purposes because Sabahans could not receive permits to process bird’s nests. Hence the income level of our agropreneurs became stagnant.

“But it is different now after Warisan successfully returned these powers. Sabahans can now process bird’s nests. The income of bird’s nest collectors can increase from RM3,000 to more than RM10,000 per kilogram.”

He concluded there is no reason for Sabahans to return Umno in Kimanis.

“Warisan has started the struggle to return Sabah’s glorious days, so let’s not undo these efforts made.”