Thursday, February 2
You are at:Home»News»APM captures false gharial in oil palm plantation in Betong
For the freshest news, join The Borneo Post's Telegram Channel and The Borneo Post on Newswav. 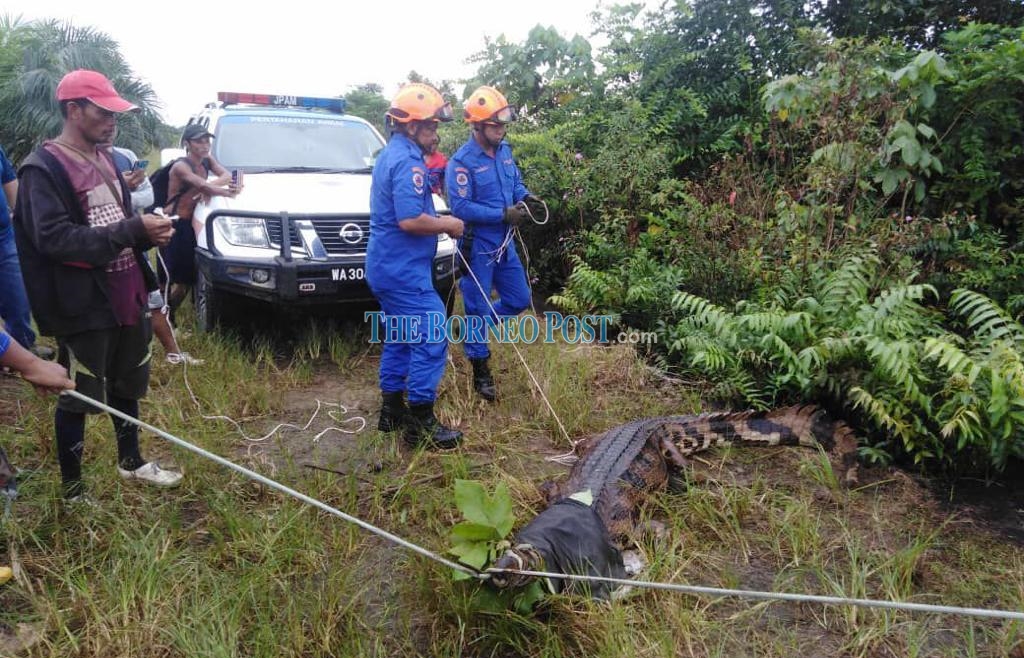 APM personnel capturing the crocodile before transporting it to safety.

KUCHING: A three-metre long Malayan gharial (Tomistoma schlegelii), or false gharial, has been captured by the Malaysia Civil Defence Force (APM) at an palm oil plantation in Tanjung Assam, Betong at around 12 noon today.

In a press statement, APM said a call was received at 10am from a member of the public who spotted the reptile lurking in the bushes.

It was also revealed that the crocodile had been at the location where it was found for the past two days.

The Malayan gharial, a type of freshwater crocodile that is known for its distinctive long snout, is believed to have lost its way from Sungai Tisak, which is located some 500 metres from where it was found.

The Malayan gharial is a native species in Malaysia and Indonesia, and is also said to be dangerous to humans if threatened.