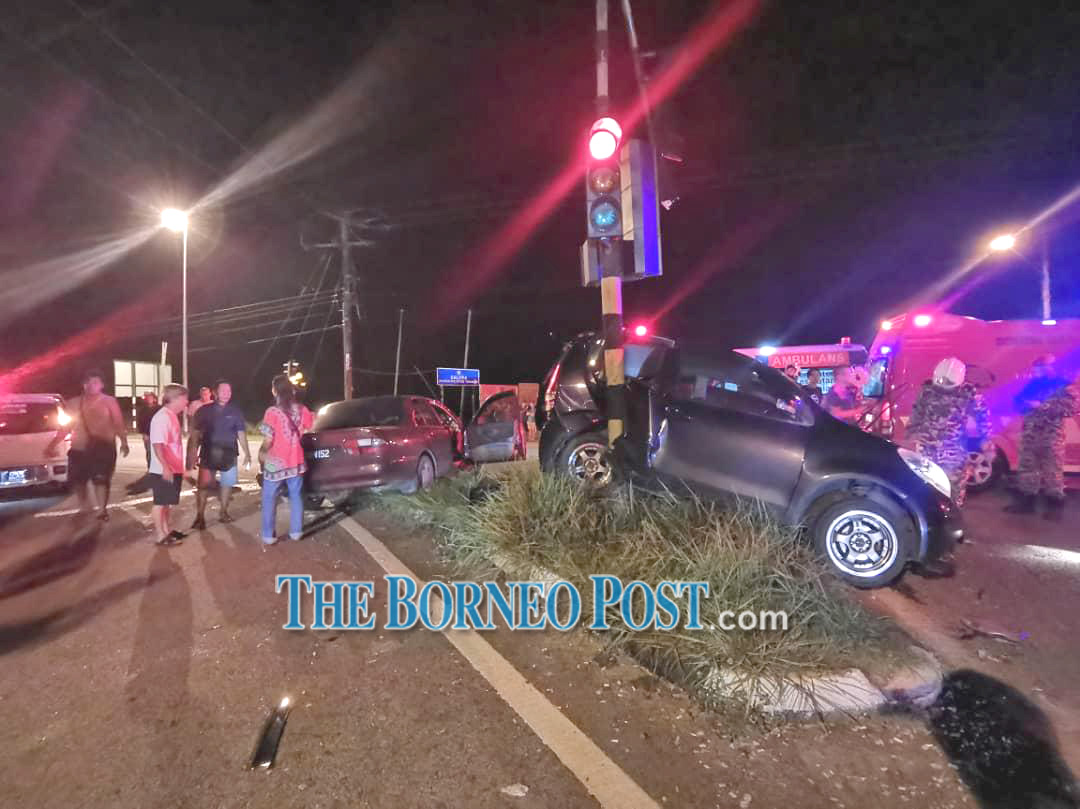 The damaged vehicles at the scene of the accident.

KUCHING: A male driver suffered facial injuries in an accident with another vehicle at Jalan Pekan Bau at 11.25pm Wednesday.

Fire and Rescue Department in a statement yesterday said the victim was pinned under the driver’s seat of his sedan car, and had to be extricated with special tools.

Meanwhile, the driver and passenger of the other vehicle, both males, only suffered light injuries.

They managed to exit their vehicle and walked to safety prior to the arrival of the fire and rescue personnel.

All three victims were later sent to Bau Hospital for treatment.

The whole operations ended at 12.30am, and the cause of the accident is still under investigation.