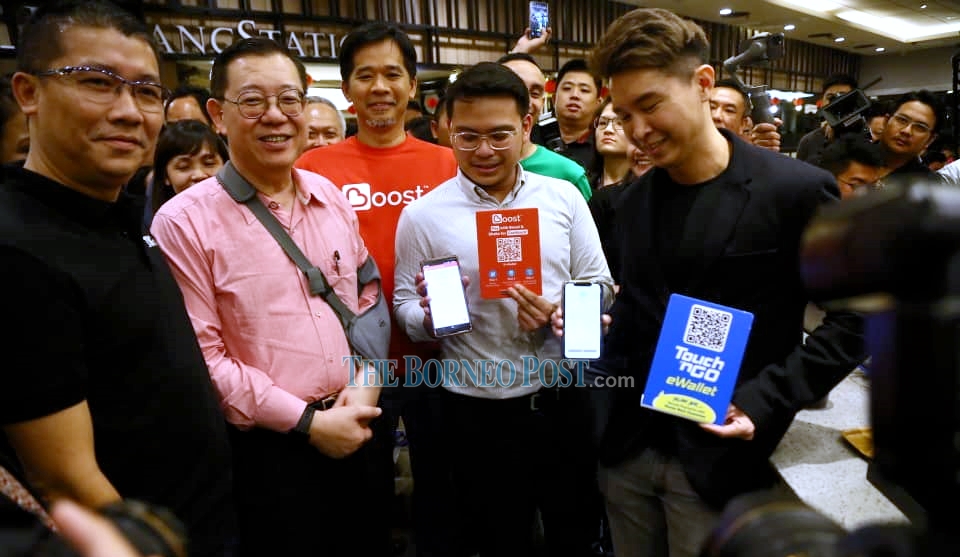 KUCHING: More than a million applications have been received nationwide for the e-Tunai Rakyat initiative today – three days after its launch.

Finance Minister Lim Guan Eng said out of this figure, some 800,000 applications have been approved so far.

He hoped this RM450 million e-Tunai Rakyat initiative will double the number of Malaysians registered for e-wallet applications from the current eight million users to 15 million or 16 million by the end of the year.

“We do all of our payments online, we do it cashless.

“Only then can we have greater efficiency and also greater transparency. Because if you go cashless, it is very hard to have corruption go undetected.

“People can detect corrupt payments very easily. So, this would help to promote efficiency and transparency,” he said at a press conference after a E-Tunai Rakyat survey at The Spring Shopping Mall here this evening.

Lim conceded that many in rural areas were unfamiliar with e-wallet systems, particularly in Sarawak, where broadband coverage is not as extensive as the peninsula.

“We will do it slowly and progressively,” he said.

To a question, Lim said the federal government through the Ministry of Communication and Multimedia is expected to implement its National Fiberisation and Connectivity Plan (NFCP) this year to connect the whole country with broadband internet.

“This project costs RM21.6 billion. It would include every area in the country, including rural areas and longhouses in Sarawak.

“I think it would be starting this year. It would be under the Communication and Multimedia Ministry but of course the money will be made available by MOF (Ministry of Finance) when necessary. It should be completed in five years, in 2023 or 2024,” he said.

On a related matter, he said the federal government had always regarded Sarawak as important.

“You are part of us, and we are part of you. We also want Sarawakians to also join this initiative,” he said.

Starting from Jan 15, Malaysians aged 18 and above with an annual income of RM100,000 and below can start applying for the RM30 free shopping money given under the e-Tunai initiative via three e-wallet operators – Grab, Boost and Touch ‘n Go e-wallet.

Those qualified can apply for their RM30 until March 9 and have until March 14 to spend it.

MoF has appointed the country’s sovereign fund, Khazanah Nasional Bhd, to facilitate and coordinate the implementation and of the e-Tunai Rakyat initiative.

To another question, Lim also assured that all personal data entered by the applications will be kept confidential and there are security steps taken to avoid personal data being leaked to others.

The top officials from Grab, Boost and Touch ‘n Go were also present at the press conference to promote the other benefits which applicants can enjoy when registering for the e-Tunai Rakyat initiative.