Wednesday, May 12
You are at:Home»News»Court»Grand procession of Sarawak, Sabah law practitioners marks beginning of Legal Year 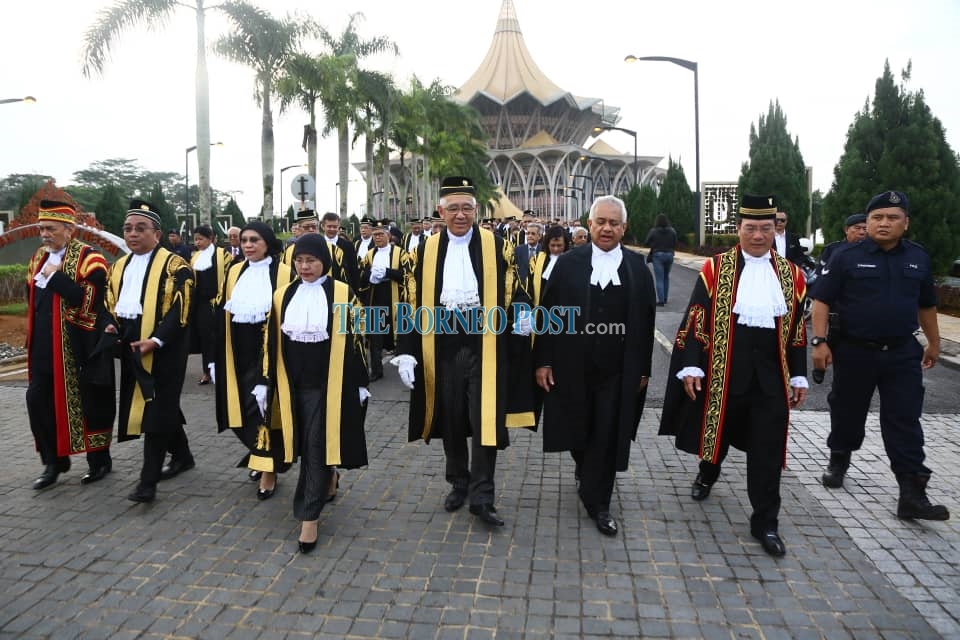 KUCHING: Over 1,000 lawyers, judges, legal officers from Sarawak and Sabah marched from the New State Legislative Assembly (DUN) Building to the Kuching High Court Complex to commemorate the beginning of the Sarawak and Sabah Legal Year today.

Dressed in full court dress and regalia, the law practitioners participated in the hour-long procession from 7.30am to 8.30am.

Upon reaching the court house, there was a cultural dance performance, followed by the singing of the national and state anthems.

Participants then took turns taking photos at the photo booth before heading into the Federal Court room for the event proper. 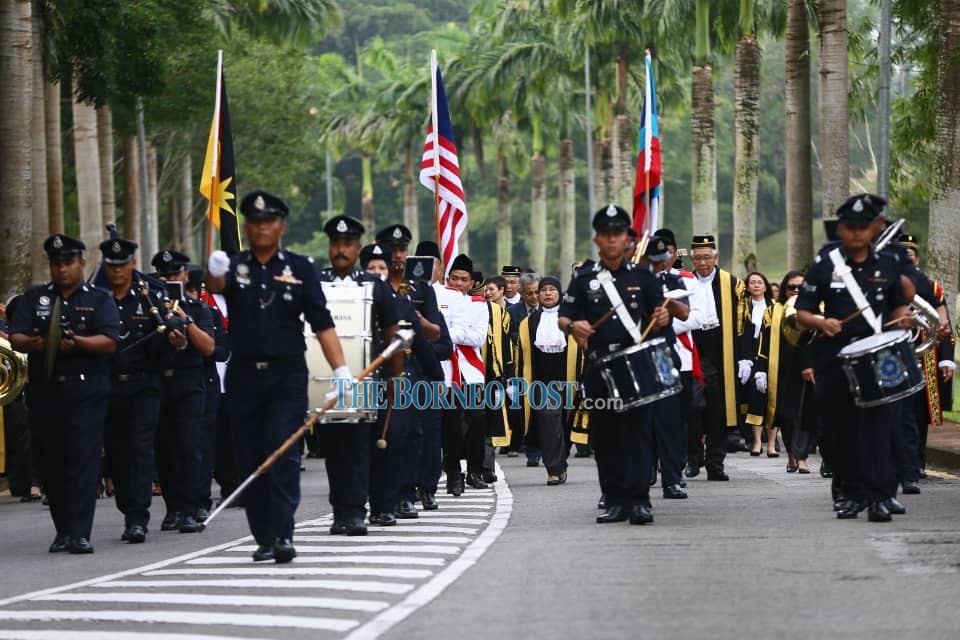 The procession included a marching band and display of the national and state flags. Photo by Mohd Rais Sanusi

As the room could not accommodate everyone, several court rooms were set up with projectors and speakers for a live telecast of the proceedings.

The event also showcased several new features of the courts as well as a presentation on artificial intelligence for data sentencing and self-represented litigants.

The annual activity is rotated between Sarawak and Sabah. The last one held in Kuching was in 2014. 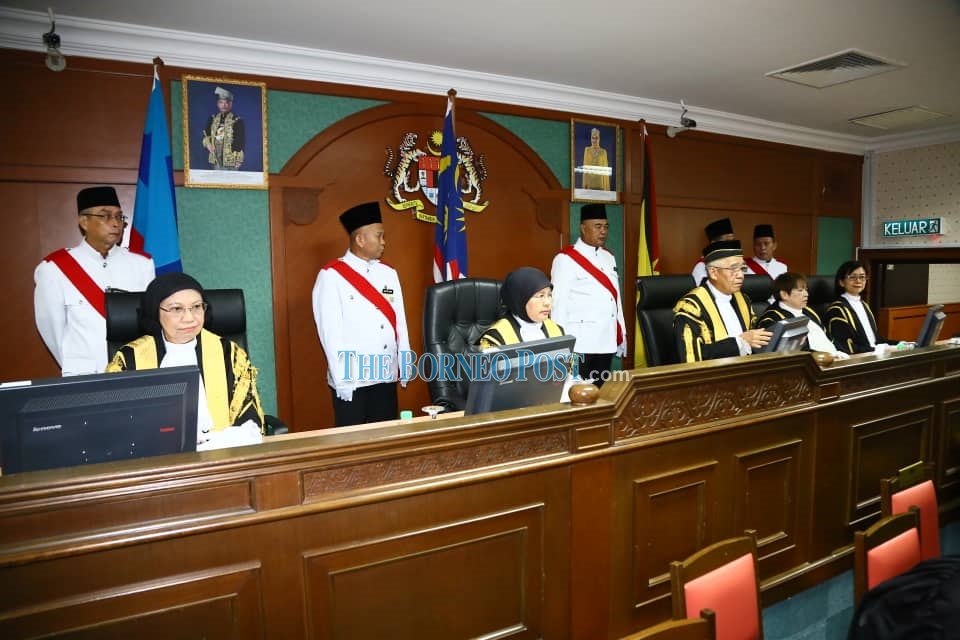 (Seated from left) Rohana, Tengku Maimun, Wong, Nurchaya and Supang in the courtroom prior to the event proper. Photo by Mohd Rais Sanusi