Thursday, January 20
You are at:Home»News»Sarawak»Landslide cuts off access road to Long Semiyang 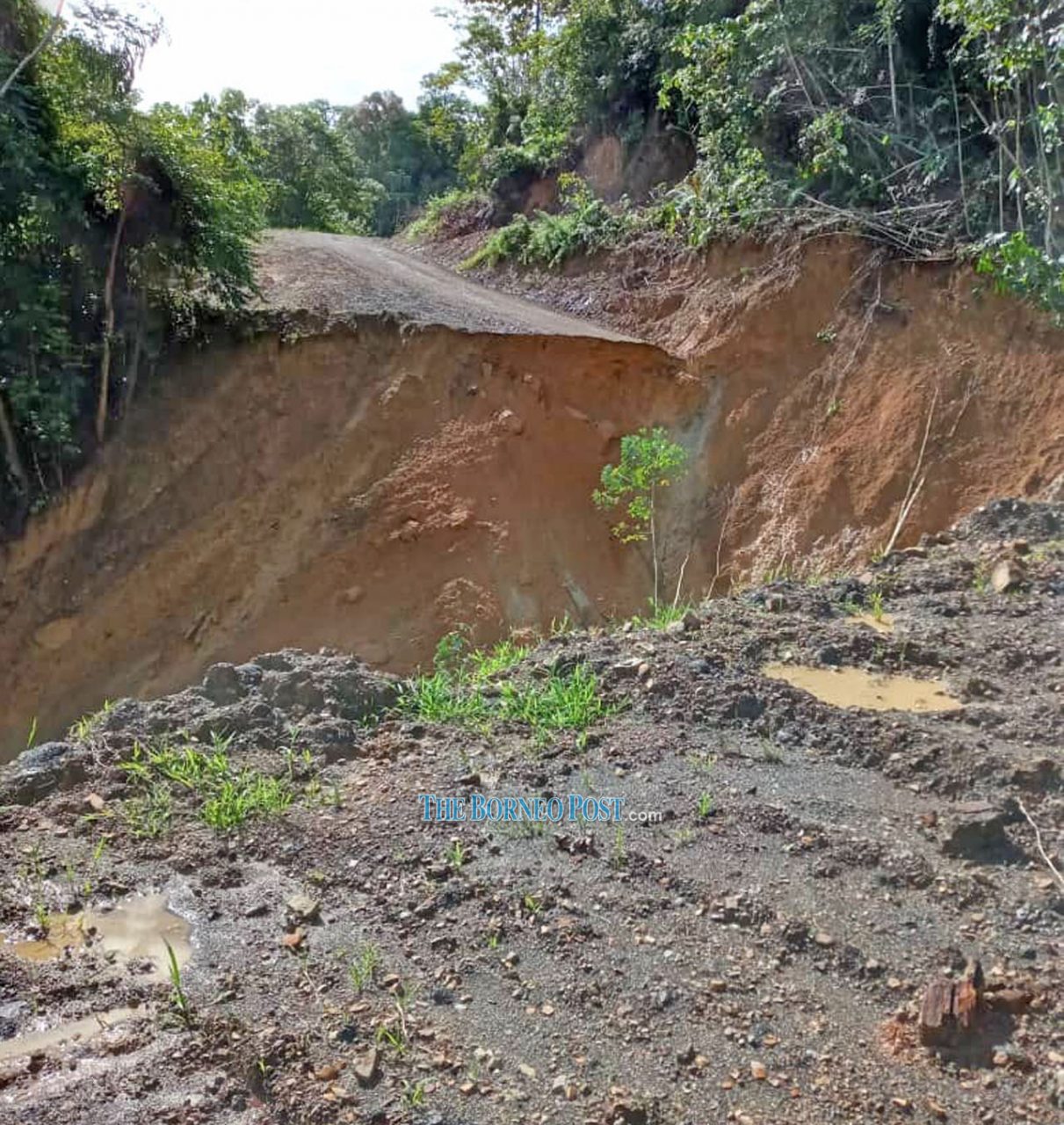 The collapsed section of the access road to Long Semiyang. — Photo courtesy of Danny Lawai

MIRI: Some 700 residents in Long Semiyang, Ulu Baram are calling on the authorities to help them after a landslide triggered the collapse of a section of the only access road leading to their longhouse.

Longhouse resident Danny Lawai Kajan said the incident was discovered by folks of the 60-door Kenyah longhouse on Jan 14.

“It is a major landslide where over 30 metres of the road collapsed and slid down the ravine,” he said told The Borneo Post when contacted yesterday.

He said the site is about a kilometre from the longhouse and 14km from the main road, adding the slope-hugging road is barely over three metres wide at the affected stretch.

“No one was hurt in the incident, but those who were travelling out that day were shocked when they reached the area and saw part of the road was no longer there.”

Danny disclosed that a logging operator had agreed to help, but that the operator had to first mobilise its heavy machinery and equipment from its camp further in the interior before it could undertake the task.

“Restoration could take up to a week, which is why we hope the authorities can help hasten the process.”

Long Semiyang is about eight hours by road from Miri.