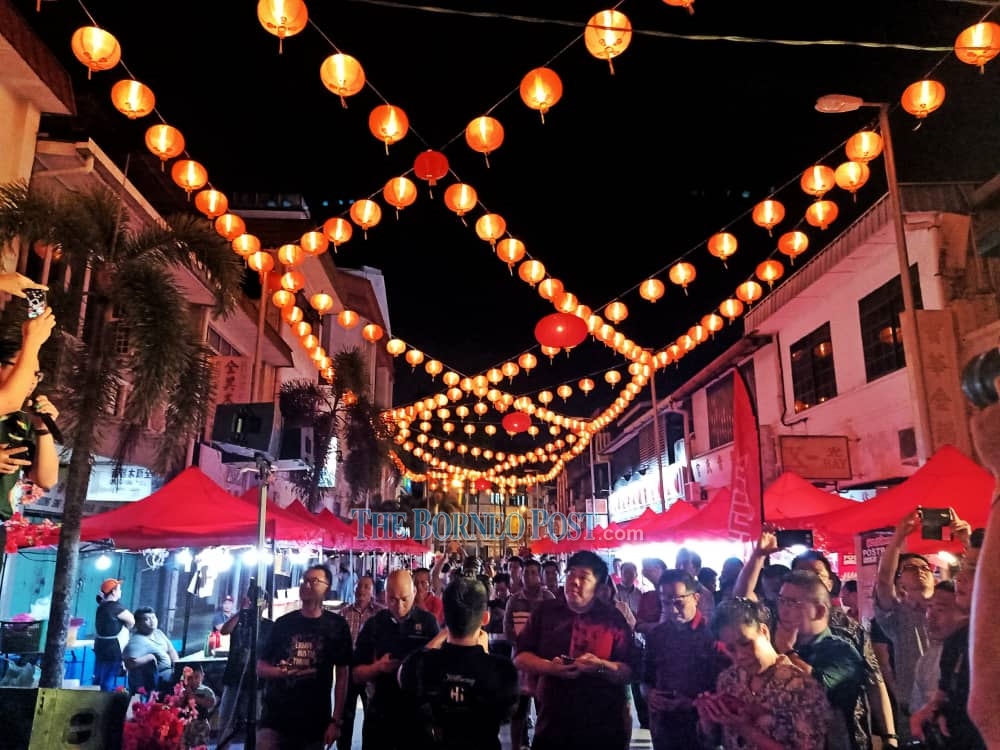 The lanterns are part of the inaugural six-day Chinese New Year Street Bazaar’s decorations. The bazaar houses nearly 50 stalls and runs from today until Jan 22.

The event is organised by SCCCI Youth Entrepreneur and supported by SMC.

Speaking to reporters after the lighting ceremony, Ting believed that the street bazaar will add colour to this year’s Chinese New Year Celebration and spruce up the festive mood.

“Those returning for the CNY holidays irrespective of background will find there is a slight change in Sibu this year,” he said. 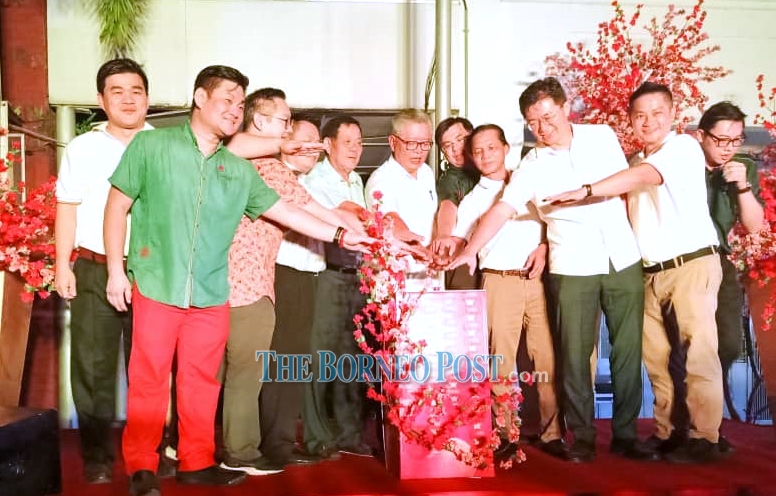 He recalled that he had always thought of closing a street (for activities) to give people a chance to check out and experience the festive mood.

Hence, he added that when the youth section of SCCCI met up with him last year, he proposed to them to organise such an event.

“They gladly took up the challenge and I am very happy with what they’ve put together.”

He added that among the roles that SCCCI played was that of a catalyst in creating activities and business for locals.

Meanwhile, SCCCI’s Young Entrepreneurial Committee president Sean Hii said they wanted to give a different ambiance to Sibu during this festive celebration so that those returning to the town for the holidays would be able to experience something different this year.

He admitted that initially, it was rather challenging for them to come up with the event.

Hii sought the help of a decoration artist from Kuala Lumpur, who happens to hail from Sibu, with the decorations.

On another note, he called out to young entrepreneurs to join them to help develop Sibu.

Meanwhile, Michael noted this was the first time such an event was held and expressed optimism that it would be grander next year.

He described Blacksmith Road as a wonderful street to showcase Sibu’s heritage along with its beauty and harmony.