Wednesday, September 23
You are at:Home»News»Court»Sabah, Sarawak Chief Justice Wong retires next month, no word on successor yet 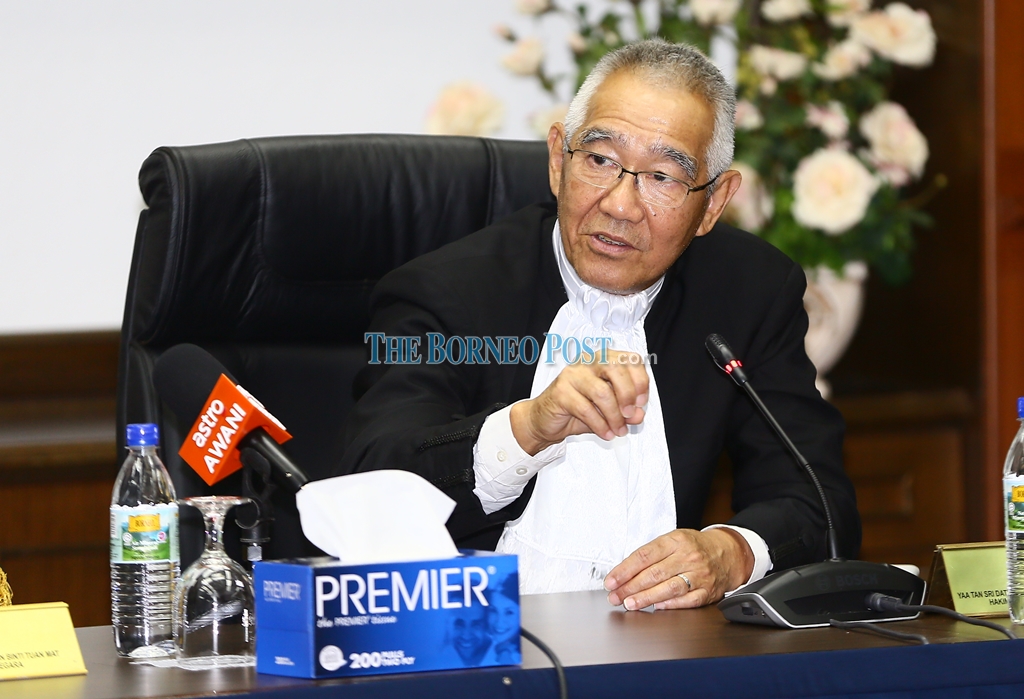 KUCHING: The beginning of the Legal Year for Sabah and Sarawak in 2020 will be the last for its Chief Justice Tan Sri Datuk Seri Panglima David Wong Dak Wah.

Wong, 66, in his speech at the opening ceremony here today said he would leave the judiciary next month.

During a press conference later, Wong kept mum when asked about his successor.

According to Chief Justice of Malaysia Tan Sri Tengku Maimun Tuan Mat, a swearing-in ceremony will be held in Kota Kinabalu, Sabah on Feb 19.

She too, declined to reveal Wong’s replacement when pressed by members of the media.

Wong was appointed judicial commissioner on Sept 29, 2005 at the Kuching High Court.

He was promoted to the post of the judge on April 22, 2007 before being transferred to the Kota Kinabalu High Court in January of 2009.

He graduated from New South Wales in Sydney, Australia, with a Bachelor of Commerce (majoring in accountancy) in 1976.

One year later he obtained his Bachelor of Law degree.

The state AG Datuk Talat Mahmood Abdul Rashid said in his speech at the opening ceremony that the review involves the Order 53, Rule 3 on the requirement that the AG be notified of any JR application.

Unlike in the Peninsular Malaysia, legal advice on matters of state interests in Sabah and Sarawak are within the purview of the state AGs.

There are no officers of the Federal AG Chamber in these two states, he said.