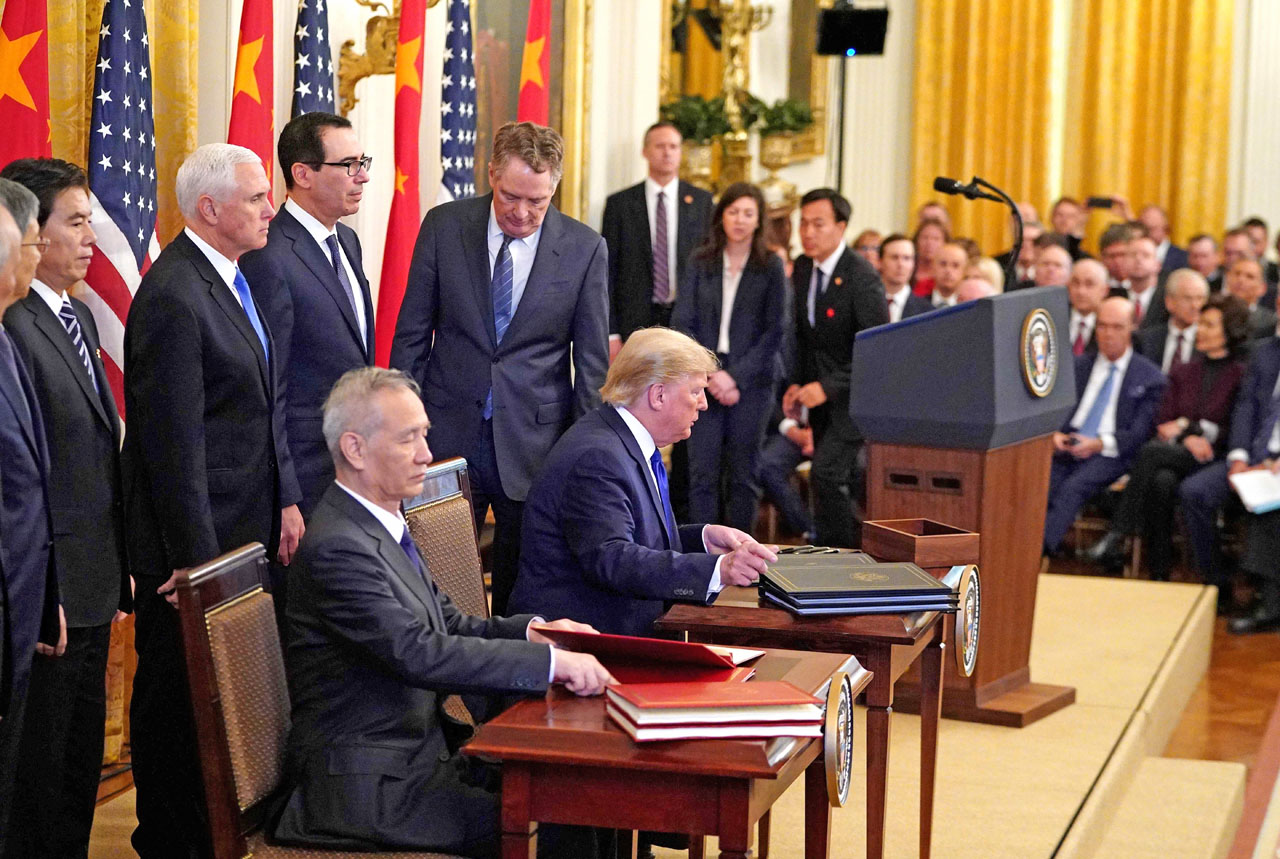 US President Donald Trump (seated, right), and China’s Vice Premier Liu He (left), the country’s top trade negotiator,prepare to sign a trade agreement between the US and China during a ceremony in the East Room of the White House in Washington, DC on January 15, 2020. — AFP photo

KUALA LUMPUR: The ‘phase one’ trade deal signed between China and the United States (US) reduces the downside risk of renewed escalation in the dispute between the two countries that has weighed on the global economy for the past two years, said Moody’s Investors Service.

In a statement, Moody’s managing director Michael Taylor said the agreement could help boost bilateral exports by the two economies and lead to an improvement in business confidence as well as investments.

“But details of the agreement suggest that there remains considerable scope for friction between the two, and Moody’s continues to expect tensions between China and the US to wax and wane in the years ahead,” it said.

Chinese Vice Premier Liu He and US President Donald Trump signed the phase one trade pact on Wednesday in Washington.

The pact includes a pledge by China to purchase U$200 billion worth of US goods over the course of two years. In return, the US is to reduce tariffs on US$120 billion worth of Chinese goods and cancel duties on Chinese-made products such as mobile phones, toys and laptops.

However, the Trump administration will leave the 25 per cent tariff on U$250 billion worth of Chinese imports in place, pending the second phase of the trade deal. — Bernama