Tuesday, February 7
You are at:Home»News»Wong to defend Bawang Assan seat in next state election
For the freshest news, join The Borneo Post's Telegram Channel and The Borneo Post on Newswav. 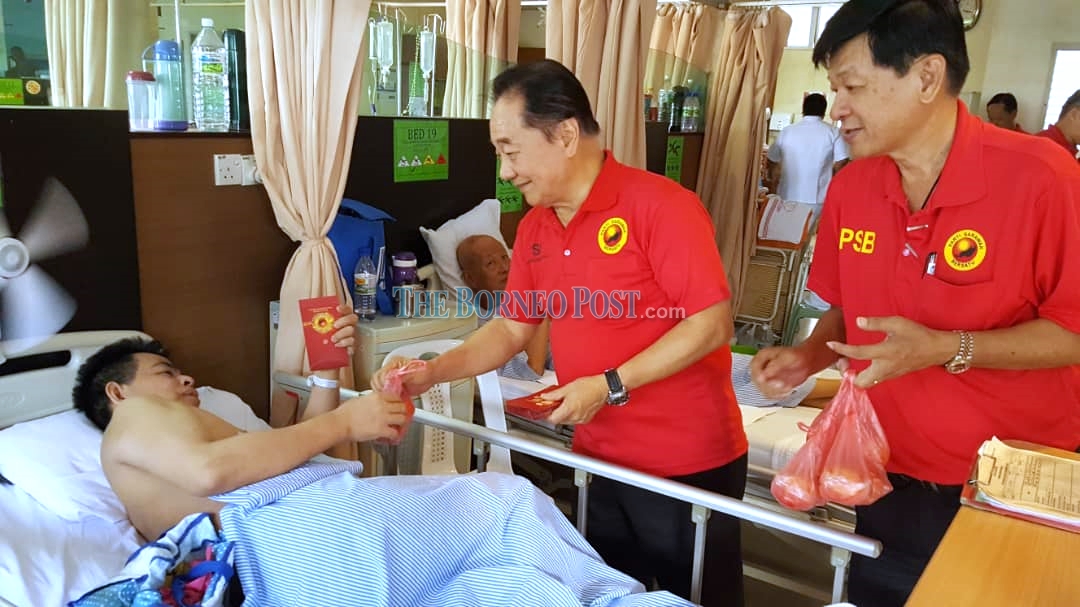 Wong (centre) presents a Mandarin orange to a patient during the visit.

KUCHING: Parti Sarawak Bersatu (PSB) president Dato Sri Wong Soon Koh, who is Bawang Assan assemblyman, told reporters today that he will be defending his seat in the next state election.

According to him, some political parties have indicated their interest in wresting Bawang Assan from PSB.

Given this, Wong said he had every reason to defend his constituency, and would set an example as party president.

“The challenges are there and I will have to face them,” he said after handing over festive goods to 109 patients at the Sarawak General Hospital (SGH) cancer ward in conjunction with the Lunar New Year celebration, which falls on Jan 25.

Before this, Wong announced three candidates to contest under PSB’s ticket in the 12th state election which is due by mid-2021.