Tuesday, August 9
You are at:Home»News»Sabah CM: Fate of Kimanis by-election now in the hands of voters, community 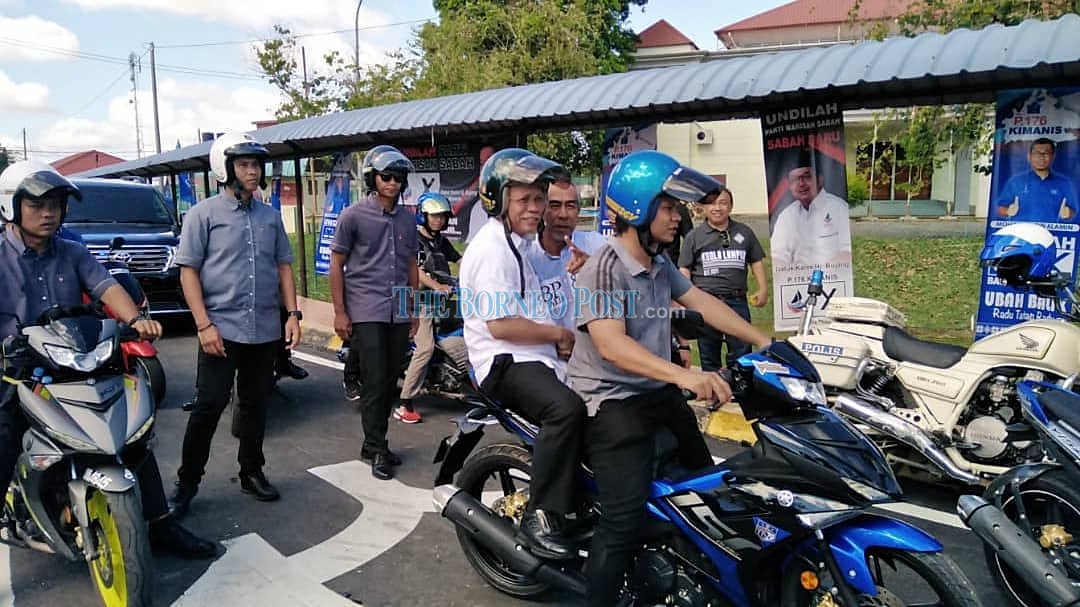 Shafie spotted riding pillion on a motorcycle while visiting the 19 polling centers for today’s Kimanis by-election.

“We have worked hard during the past two weeks campaigning for this by-election.

“Now the decision lies with the Kimanis community,” he said when met at SK Kelatuan, one of the 19 polling channels, for the Kimanis Parliamentary (P. 176) by-election.

When asked about his chosen mode of transport, the Sabah Chief Minister said it makes it easier for him to move around.

“We have to visit all 19 polling channels and as of 10am, I have only visited five polling centers. We have more to go.

“Some of the roads to the centers are too narrow for large vehicle so I decided to ride a normal motorcycle instead,” he said.