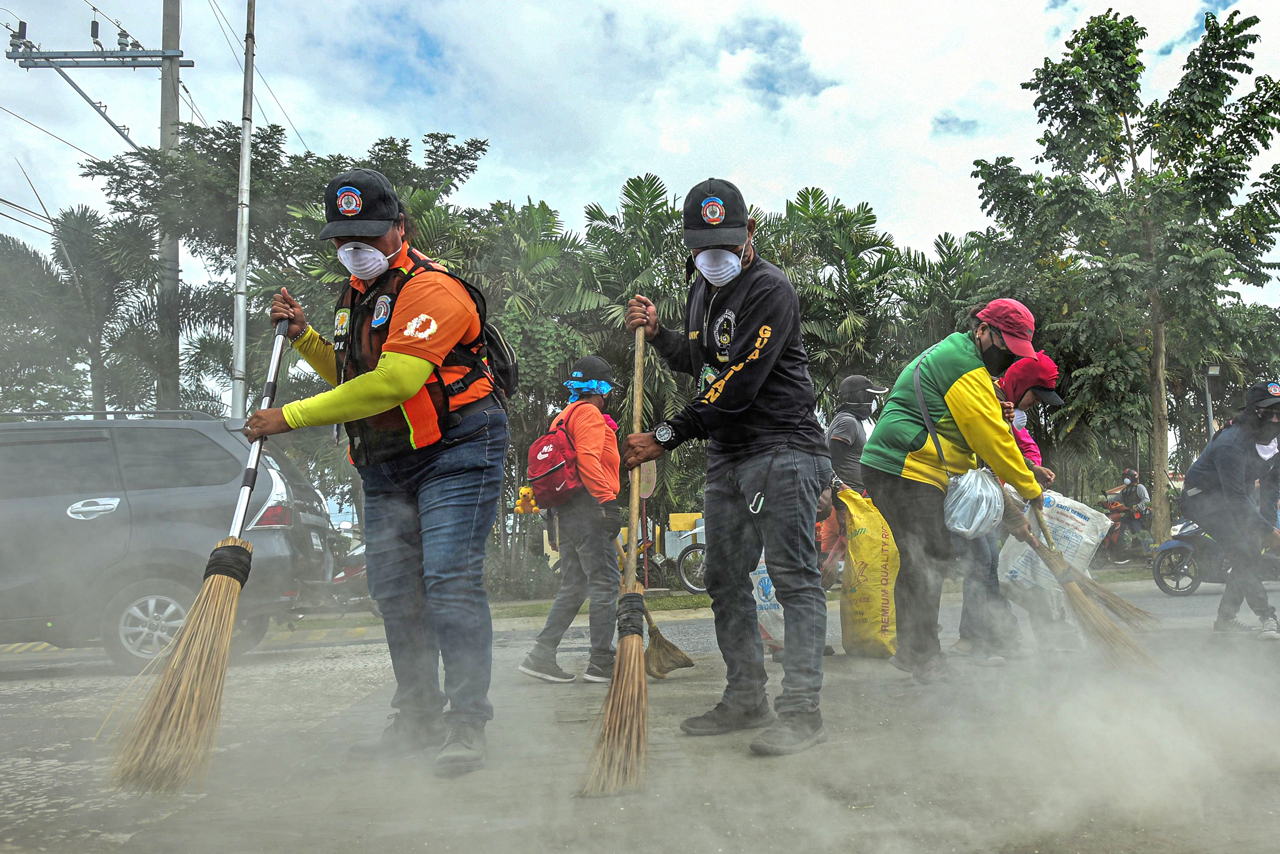 Photo shows workers sweeping the ashfall from the pavement near the Binan City Materials and Recovery Facility and load the carts of collected volcanic ash from the recent Taal volcano eruption to process them. — AFP photos 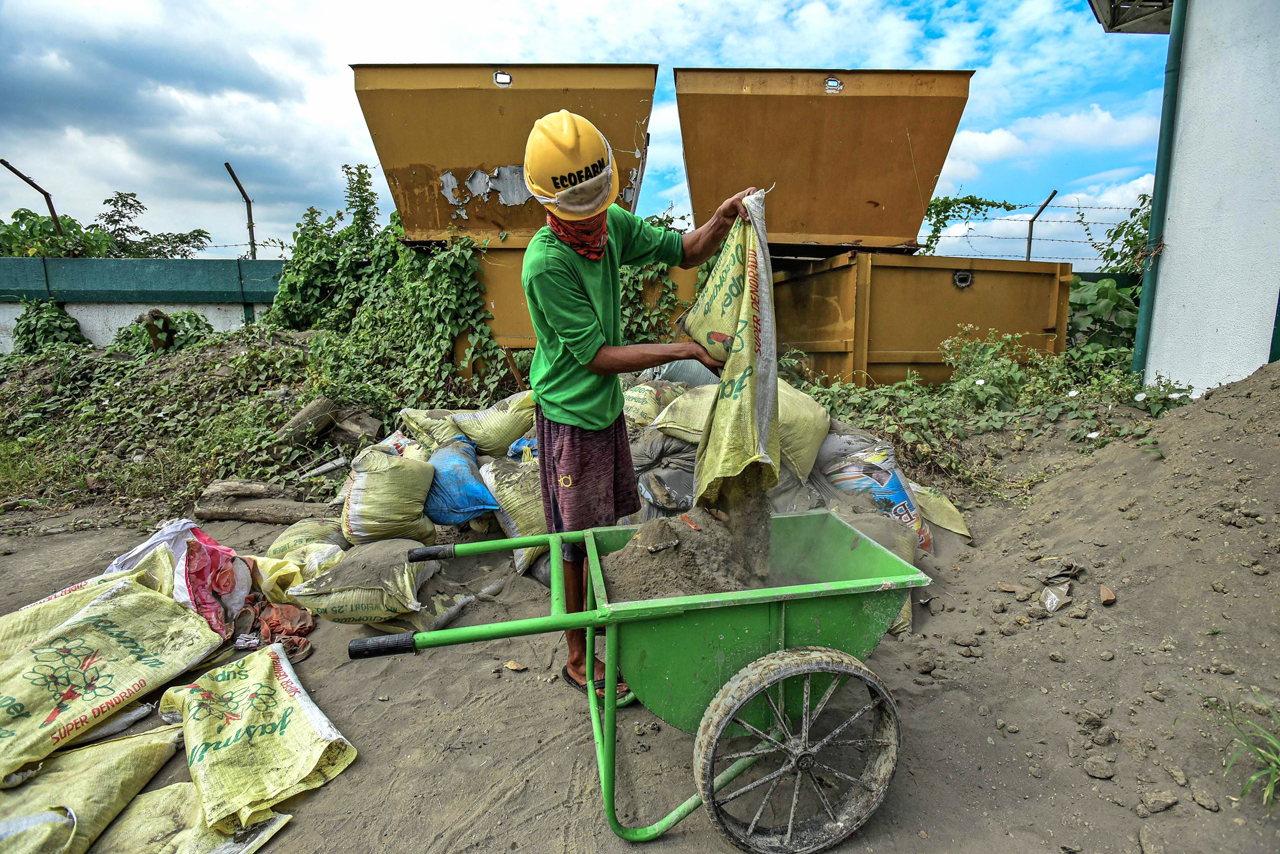 Workers at the Binan City Materials and Recovery Facility load carts of collected volcanic ash from the recent Taal volcano eruption to process them and turn them into cement bricks in Bian. 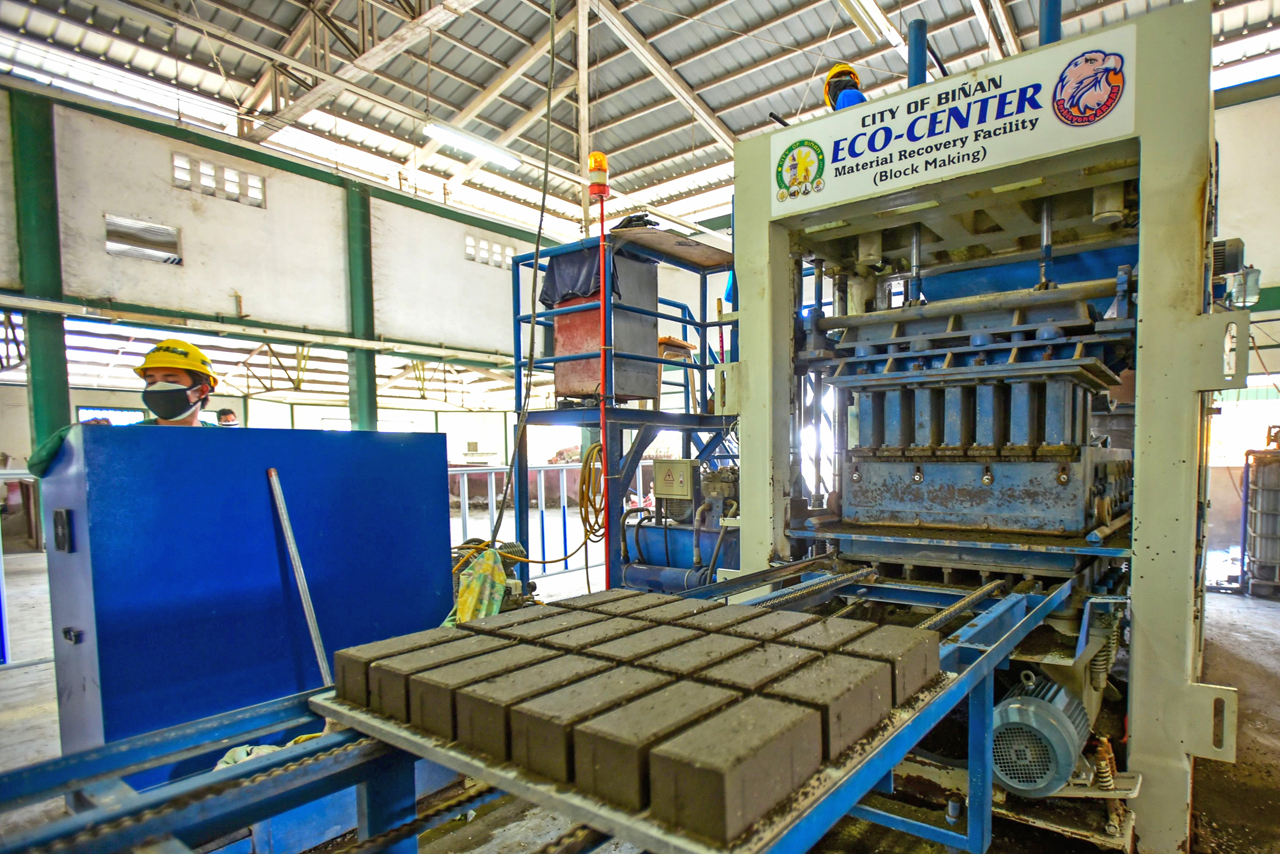 BINAN, Philippines: Ash spewed by a Philippine volcano is being mixed with plastic waste to make bricks in an inventive response to the country’s persistent problems of pollution and frequent natural disasters.

The Taal volcano burst into life nearly a week ago, sending towering dust columns into the sky and leaving nearby Binan city coated in fine grey powder.

Environment officials did not just clean up the mess but decided to combine the ash with sand, cement and discarded plastic to form about 5,000 bricks per day for local building projects.

“Instead of just piling up the ashfall somewhere, we are able to turn it into something useful. And it includes plastics, too,” said city environmental officer Rodelio Lee.

The Philippines faces a waste crisis, with a report last year saying it uses a “shocking” amount of single-use plastic, including nearly 60 billion throwaway sachets per year.

It is also plagued by some 20 major storms annually and regular, powerful earthquakes which together kill hundreds of people each year.

Due to its position on the Pacific ‘Ring of Fire’ zone of seismic activity, it also has periodic volcanic eruptions.

Taal’s jets of lava and 15-kilometre walls of ash have sent more than 70,000 people into evacuation centres and prompted warnings that a far bigger eruption could happen at any time.

With volcanic ash and plastic both in plentiful supply, the officials in Binan see their project as a silver lining.

“During these times, our creativity becomes apparent,” said the mayor of Binan, Arman Dimaguila. — AFP