Tuesday, October 19
You are at:Home»News»‘Govt under GPS committed to improving basic infrastructures in whole of Sarawak’ 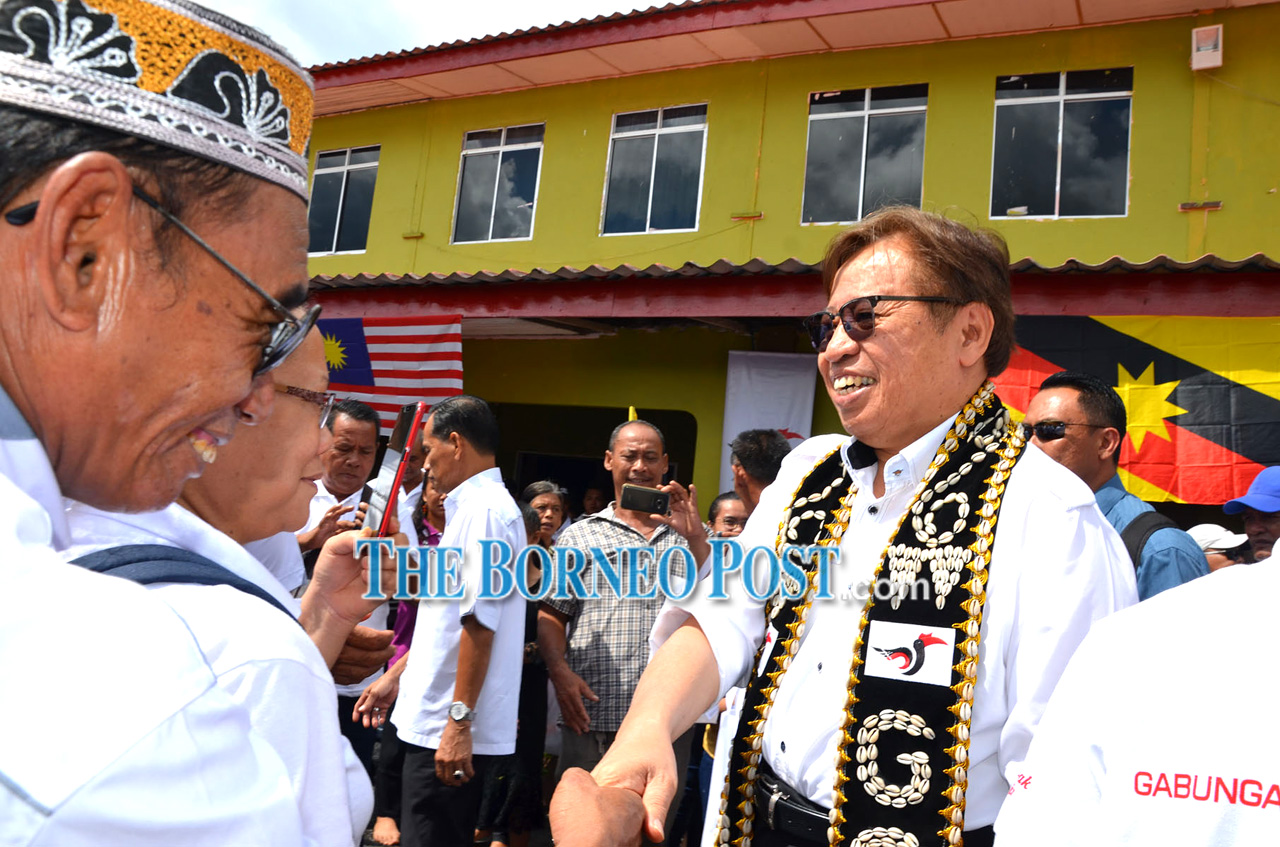 Abang Johari greets the local residents upon his arrival at the longhouse in Suai.

BINTULU: The Sarawak government, under the Gabungan Parti Sarawak (GPS) ruling coalition, is committed to improving the basic infrastructures meant for the benefit of all Sarawkians, particularly those in the rural areas.

Speaking to over 5,000 people during the launch of GPS Zone 12 A at Rumah Robert Tugang, Jambatan Suai in Miri yesterday, Abang Johari reiterated the GPS government’s commitment of fulfilling all development projects that had been announced and approved.

However, Abang Johari said these projects would take time to reach completion.

“I have ‘no magic’ to complete all projects in one day,” he quipped.

On a serious note, he said only Sarawakians could take care of the state’s rights.

“This is GPS – the one taking care of a house called ‘Sarawak’. There are people who want to take over Sarawak because of the beauty of Sarawak,” he added.

Abang Johari warned that should Pakatan Harapan (PH) take over Sarawak, there would be a huge possibility that all Sarawak’s rights could be abolished – its immigration rights, for example.

“We do not want to give up immigration – that is our rights.

“But if Sarawak is governed by others, all these would be affected,” he reiterated.

Abang Johari said he took the two-hour road trip from Miri to Suai yesterday to see for himself the urgent needs of the people in these areas, especially regarding infrastructure development.

“I passed through the Kemena junction, (where) there was a new township; if I had used the helicopter, I might not know that.

“Now I see that at the junction, there are more buildings and our longhouse becomes prettier.

“So we know what we want and what to be developed, including things related to land issues,” he said.