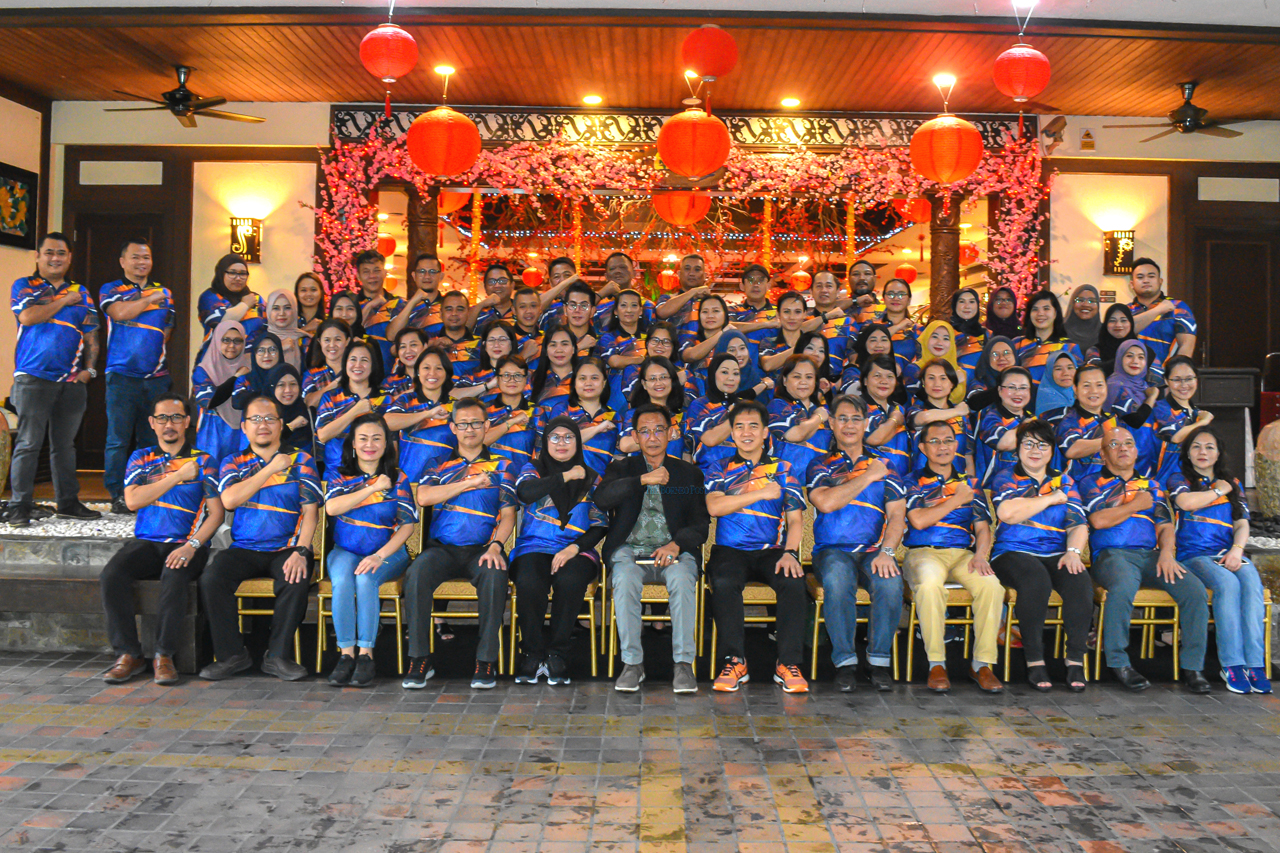 Abdul Karim (seated, sixth left) in a photo-call with the participants of the event.

He said with the cohesive joint collaboration of all tourism, arts and culture stakeholders, it would be possible for the state to achieve the target this time around after having missed the five million-mark set for last year.

“With the enhanced tourism marketing and promotion in Singapore and also the opening of Sarawak Trade and Tourism Office Singapore (Statos) in August 2019, the arrival of Singaporeans in 2019 increased by 7.04 per cent compared to 2018.

“The ministry is looking forward to the opening of similar trade and tourism offices in Pontianak and Brunei in the near future to promote Sarawak and increase arrivals from both Indonesia and Brunei,” he said when closing the ministry’s annual ‘Strategic Planning Retreat’ event here yesterday.

The three-day event was attended by 74 officers from the ministry and its agencies.

Looking back at last year’s performance, Abdul Karim said Immigration Department records showed an increase of 5.22 per cent in visitor’s arrivals to Sarawak, at 4,662,419 versus 4,430,921 recorded in 2018.

He added the according to the state’s Regional Tourism Satellite Account for 2018, the gross value-added of tourism industries generated revenue of RM11 billion for Sarawak in 2018.

This, he pointed out, contributed a 7.5 per cent share to the state’s Gross Domestic Product (GDP).

Similarly, he said the ministry was seriously looking into the level of maintenance of tourism products and also public facilities.

“We view feedback and complaints on poor maintenance seriously. We would like to remind all local councils and government agencies to make sure the cleanliness of eateries, public amenities like toilets, waterfront, parks, carparks and garbage bin centres are maintained in tip-top condition.

“Public and private operators of tourist destinations and products must also make sure of the standard of hygiene and cleanliness of their respective facilities. We want tourists to feel comfortable and safe when they visit Sarawak.”

Abdul Karim said his ministry would be carrying out product audits and would be closely monitoring feedback and complaints received.