Wednesday, September 23
You are at:Home»News»Bomba manage to talk down Indonesian man from Bukit Memaloh telco tower 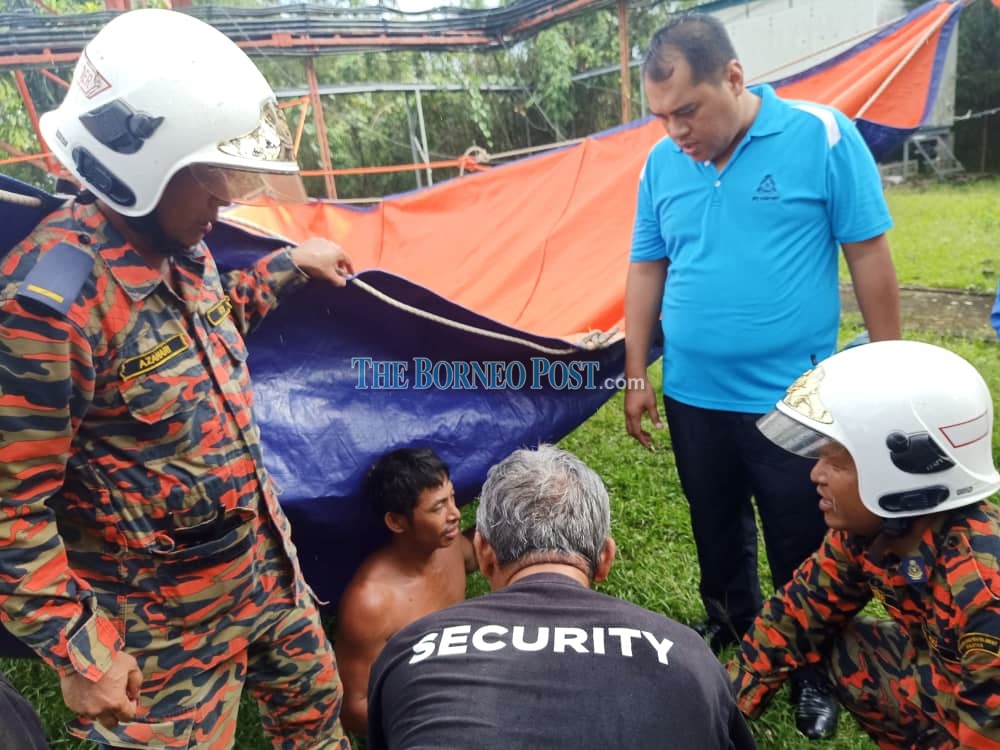 The man, identified as an Indonesian national named Randie, is finally back on solid ground after spending over 24 hours on the tower.

KANOWIT: The Indonesian man who scaled a telecommunication tower at Bukit Memaloh here has finally come down after he spent more than 24 hours on the structure.

The man had said that an argument with a colleague at his workplace in an oil palm plantation in Nanga Dap here had prompted him to climb the tower.

Policemen and Kanowit Fire and Rescue Department (Bomba had tried to coax him down since he was spotted on the tower yesterday morning.

Bomba Kanowit head Arrahman Chik said that the man was believed to have climbed the tower at 7am yesterday.

A team of firemen had spent the night at the base of the tower, with a policeman climbing the tower as requested by the man earlier today.

He was given food while the policeman also coaxed him to come down, but to no avail.

In the end, two Bomba personnel managed to talk him down at about 3.40pm, scaling the tower to bring him down safely.

The man was later taken to Kanowit Hospital for a medical checkup.