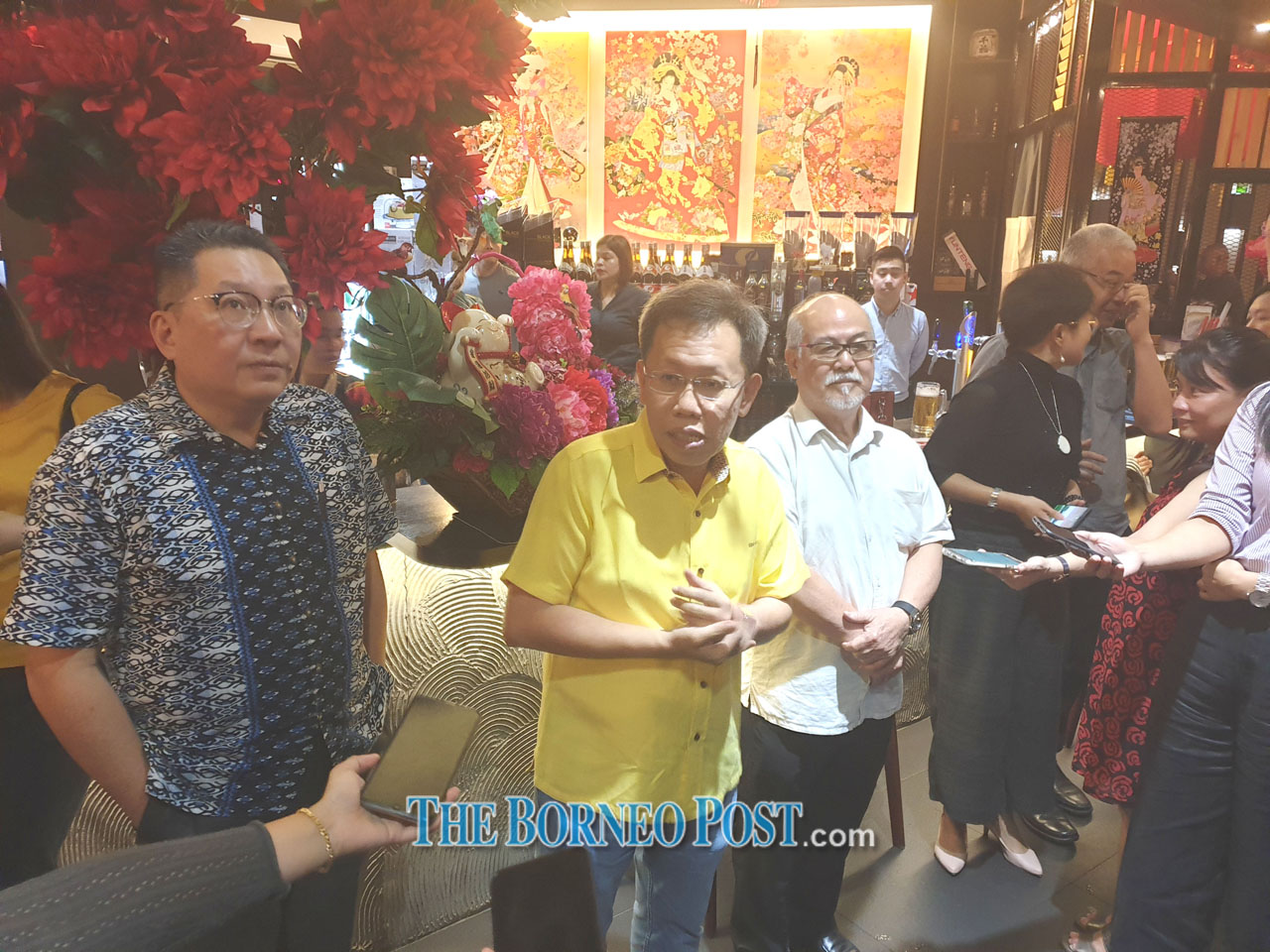 Dr Sim (centre) speaks to reporters during the event. Flanking him are Wee (left) and Liew.

He said apart from documents related to the state’s requests somehow going ‘missing’, federal government officials had the tendency to not entertain calls from their Sarawak counterparts.

“When we ask the federal government for things such as money nowadays, they will say we never submit (documents),” he said during his ministry’s Chinese New Year Open House event here on Monday night.

Dr Sim said one example was on June 24 last year when his federal counterpart Zuraida Kamaruddin claimed that the Sarawak government had yet to hand over land to her ministry for the construction of affordable housing projects.

He said she had been quoted as saying that all states in the country had done so except Sarawak.

“I replied to her on the same day that the Housing Development Corporation had presented to her ministry 10 pieces of state land spanning a total of 1,223 acres throughout Sarawak, to build about 12,000 units of affordable houses,” he said.

He added, however, that the Sarawak government’s only concern now was moving forward in order to take care of the needs of Sarawakians.