Tuesday, September 29
You are at:Home»World»Wuhan urges people to stay away in bid to contain China virus 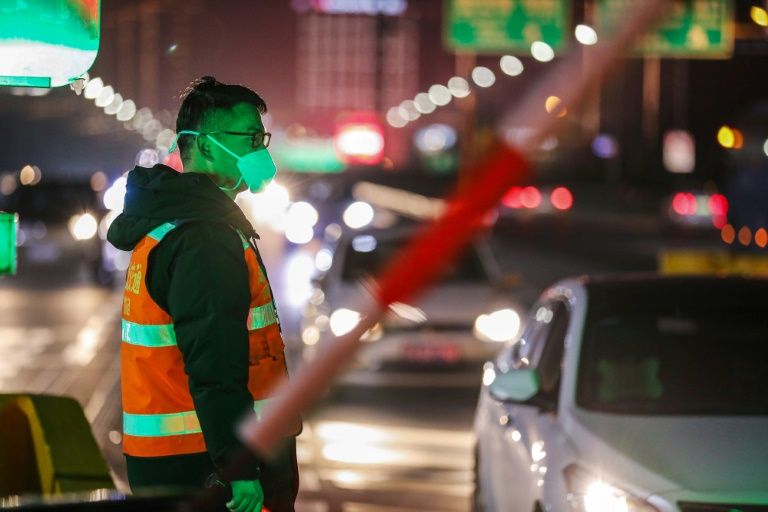 The disease is spreading as hundreds of millions of people are travelling in packed trains, planes and buses across China. AFP Photo

BEIJING: The Chinese city at the centre of the fight against a SARS-like virus outbreak has told people to stay away, cancelling major Lunar New Year events as medical staff handled patients in full-body protective suits and officials used fever scanners to screen travellers.

The coronavirus has spread across China and beyond, with 17 people killed and over 500 confirmed infected in an outbreak that started in the central city of Wuhan — described by state media as “the main battlefield” against the disease.

The virus is spreading just as hundreds of millions of people are travelling in packed trains, planes and buses across China to gather with friends and family for the Lunar New Year holiday, which starts Friday.

Wuhan’s mayor Zhou Xianwang urged residents to not leave the city and visitors to avoid it so that the possibility of transmission can be reduced.

Fever scanners have been set up at the city’s train station and airport, and officials are checking the temperatures of drivers at highway checkpoints. Outbound tour groups have been banned from leaving the city.

Wuhan, a major transport hub, has 11 million inhabitants and is where the vast majority of cases of the new virus have been found. The now-closed seafood market in the city suspected to be the epicentre illegally sold wild animals too.

Police are conducting spot checks for live poultry or wild animals in vehicles exiting and entering the city.

On Wednesday, city authorities made it mandatory to wear a mask in public places, according to state-run People’s Daily.

National Health Commission vice minister Li Bin added his voice to calls to avoid the city, saying Wednesday it was best “that people do not visit Wuhan”.

In spite of advice not to leave Wuhan, some still chose to travel during the key holiday.

“The simplest thing they seem to be telling us to do is not to travel but we’ve already made these plans so there’s nothing we could do,” said 23-year-old Kong Jun, a Wuhan resident arriving at Don Mueang airport in Bangkok on Wednesday.

The health commission announced measures to curb the spread, including disinfection and ventilation at airports and bus stations as well as inside planes and trains.

The virus can be transmitted between humans and could mutate, officials have said.

Outside mainland China, cases have been detected in the United States, Thailand, Japan, Macau and South Korea.

The patients, wearing normal clothes with face masks, had their temperatures checked as queues snaked out of the consultation room into the corridor.

Security staff in reflective jackets with radios moved through the crowds of patients.

Wuhan has cancelled the annual prayer-giving at the city’s Guiyuan Temple and has closed the temple — which attracted 700,000 tourists during last year’s holiday.

All local artistic and theatre performances have been cancelled and the museum is closed. Plans to send opera troupes around rural areas during the holiday have also been pulled.

Movie ticketing platform Toupiaopiao said they would give “unconditional refunds” for cinema bookings in Wuhan during the holiday period.

And women’s Olympics football qualifiers, scheduled to be held in Wuhan in February, will be moved to the eastern city of Nanjing, the Asian Football Confederation said Wednesday.

The city government announced the series of tightening measures after facing criticism for going ahead with an annual public banquet for 40,000 families at the weekend, despite the spread of the virus.

Wuhan’s mayor told state broadcaster CCTV that they didn’t then fully understand how the virus was spread and the decision to go ahead was based on a judgement that the spread was “limited.”

“We are constantly learning more about the epidemic,” he said.

Vincent Lemarie, a French university professor who has lived in Wuhan for six years, told AFP that many people were wearing masks in the streets, with a high police presence.

“There are no more masks in pharmacies, everything has been snatched up,” he said.

Melissa Santos, a student from the Dominican Republic living in Wuhan, said a friend who lives elsewhere in Hubei province cancelled an invite for her to visit him during the holiday.

“He was afraid that I would infect him,” she said. “Personally, I also preferred to cancel my visit so as not to take the train and find myself next to contagious people.” – AFP