Wednesday, May 18
You are at:Home»News»Nation»More rural people urged to venture into business – PM 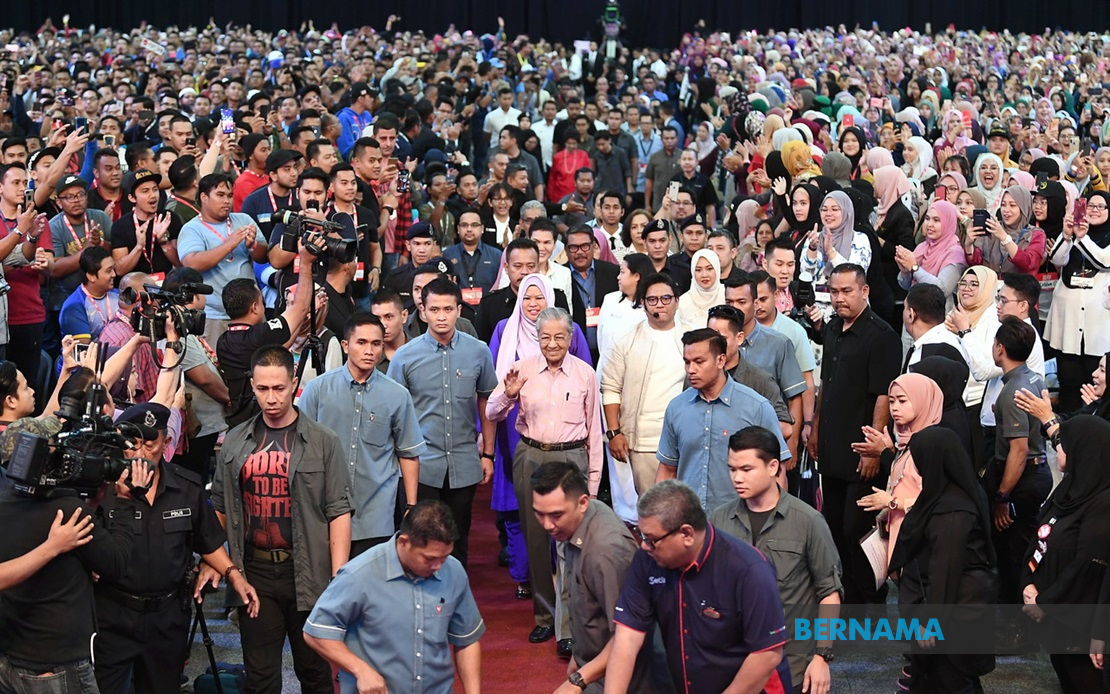 Dr Mahathir at a casual programme with successful entrepreneurs organised by RichWorks International Sdn Bhd with the cooperation of the Rural Development Ministry today. – Bernama photo

SHAH ALAM: More people from the rural areas should venture into business in order to bridge the income gap between the rural and urban communities, said Tun Dr Mahathir Mohamad.

“People in the cities are usually rich and those in the rural areas are generally poor, but if we learn to do business, we will be able to earn the same income or (maybe) even more than the city people,” said the prime minister.

He said this in a brief speech at a casual programme with successful entrepreneurs organised by RichWorks International Sdn Bhd with the cooperation of the Rural Development Ministry here today.

About 11,000 participants participated in the programme held at the Setia City Convention Center (SCCC) here.

Relating his experience visiting several companies in Okinawa, Japan, Dr Mahathir said that he planned to send anyone interested in learning and exploring more business knowledge there.

“I went to Okinawa (Japan) to identify several industries that could be adopted by the Malaysian community. I want to find people who are interested to be sent there (Japan) to learn business.

“I saw how they made pretty items out of glass. They told me to try making it, but I have never done anything like that before. However, in just 15 minutes (of learning), I was able to produce a glass item in red, which, though not the best, was usable,” he said.

Thus, he said, he believed that everyone, be it from the cities or the rural areas, would be able to succeed in business, provided they are willing learn related skills. – Bernama