Sunday, November 28
You are at:Home»News»Motorcyclist killed in collision with car at KM32 Jalan Kabong/Roban 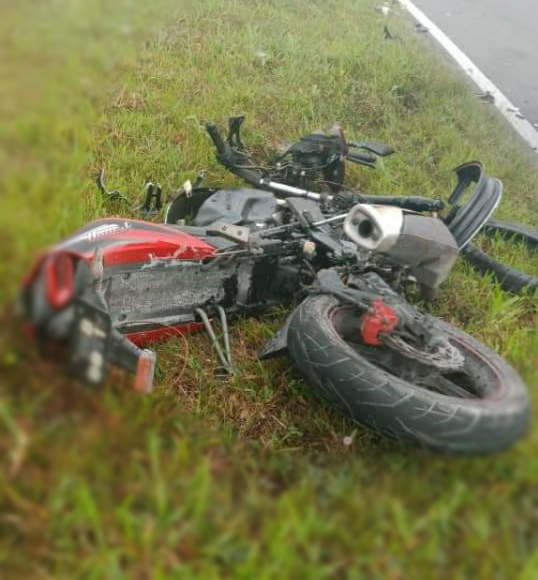 The condition of the motorcycle after the accident.

SIBU: A motorcyclist died after he was involved in an accident with a car at KM32 Jalan Kabong/Roban this morning.

The deceased, has been identified as Sylverster Kuchun, from Rumah Kuchun, Jabey, Kabong, near here.

“Preliminary investigation found that at the time of incident, the driver of the car was on the way from the direction of Kabong heading towards Saratok.

“When then victim passed through a bend at the location of the incident, suddenly the motorcycle ridden by the victim came from the opposite direction and entered into the car’s route and knocked the front right side of the car concerned.

“The driver tried to avoid to the left, but was not in time as the motorcycle moved quite fast.

“The impact of the collision caused the motorcyclist to suffer serious injury and sent to Saratok Hospital for treatment,” he said in a media statement today.

Meanwhile, the driver did not suffer any injury.

Mordani said the motorcyclist was confirmed dead at 1.16pm while receiving treatment at the emergency unit of the hospital.

Following this, the case is investigated under Section
41(1) Road Transport Act 1987.