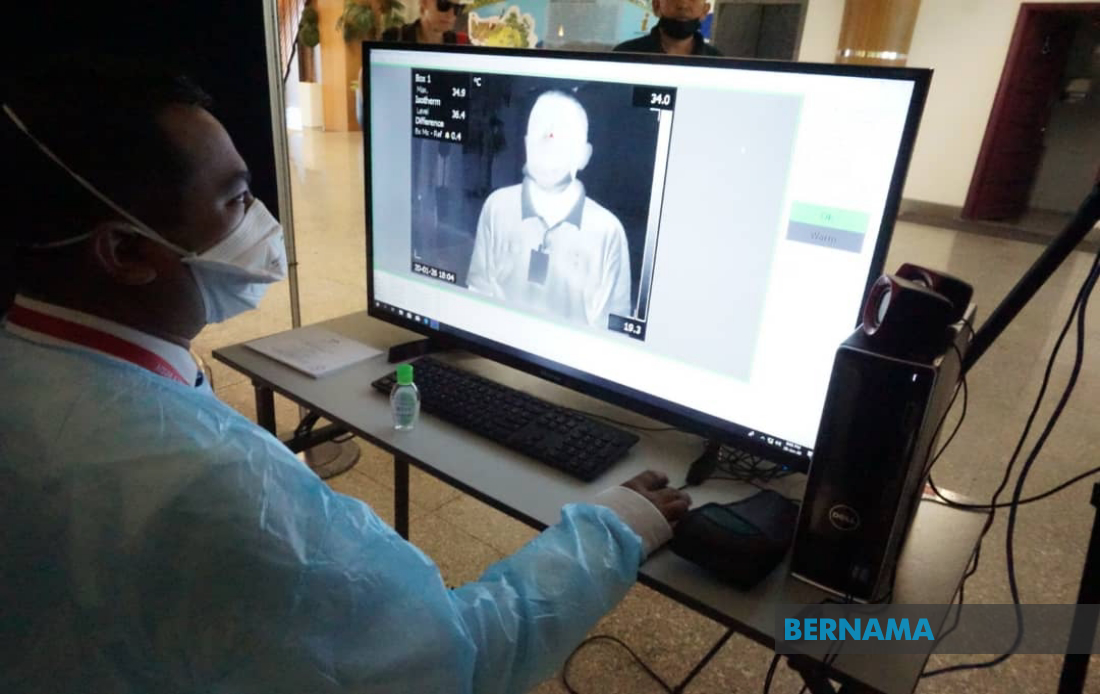 A health officer screening passengers who arrive at an airport in the country. – Bernama file photo

KUCHING: Deputy Chief Minister Datuk Amar Douglas Uggah Embas has denied that there is a confirmed case of the Wuhan coronavirus (2019-nCoV) in Sarawak after a Chinese national was admitted in the Bintulu Hospital.

Uggah said he expected to know by tonight if the woman had contracted the virus after he receives the test result from Kuala Lumpur.

“At the moment, she is just a suspected patient. It has not been confirmed, pending lab results from KL,” said Uggah, who heads the State Disaster Management Committee, when contacted.

He also shared a WhatsApp message that identified the patient as a 25-year-old woman, who is from Hubei China.

The woman, who has worked for a Chinese firm in Sarawak for two years, had travelled to Wuhan on a business trip on January 11 and returned to Bintulu on January 16, via Kota Kinabalu.

On January 26, the woman became ill and concerned that she might have contracted the novel coronavirus as she had just visited Wuhan, she immediately sought medical treatment in a private hospital.

The private hospital then referred the woman to Bintulu Hospital where she has been placed in isolation for 14 days.

According to news wire AFP, the confirmed deaths from China’s viral outbreak has risen to 80, with authorities in central Hubei province today reporting 24 new fatalities and 371 new cases.

Originating in Hubei’s capital of Wuhan, the previously unknown virus has spread throughout China and across the world.

Four cases have been confirmed in Malaysia involving Chinese nationals in the Peninsula.