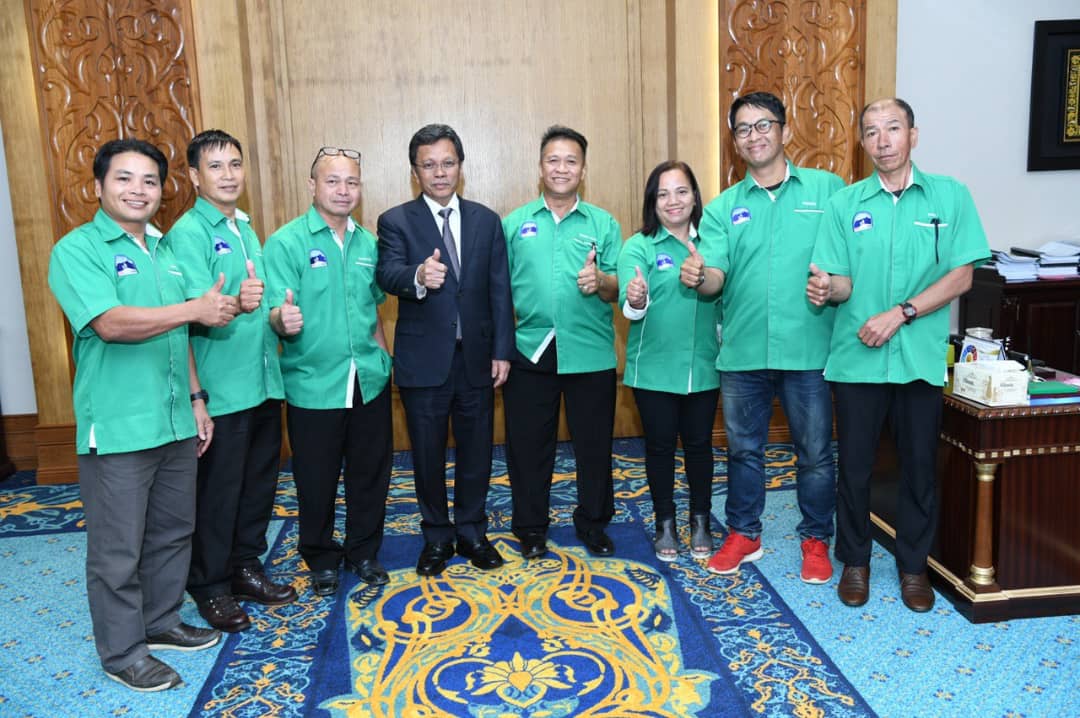 KOTA KINABALU: Climbing Mount Kinabalu is a challenge that some people may never even consider doing.

However, Edward Taning, 59, thinks that climbing the country’s highest mountain the convectional way will just be normal for him. That is why he wants to make the challenge even more unique by climbing the mountain backwards.

Despite being diagnosed with cerebral palsy at the age of nine, Edward has captivated the nation numerous times with his tremendous physical capabilities.

In 1992, he pulled off the impossible feat by walking backwards from Inanam all the way to the peak of Mount Kinabalu.

“It only took me 61 hours,” said the farmer who hails from Kampung Mangkaladom, Kiulu.

This time around, Edward is planning to not only ascend Mount Kinabalu backwards but he will also be descending the mountain backwards.

“I will start from the Timpohon Gate. It will take me six days and five nights to complete the challenge,” he told reporters when met during his association’s courtesy call to Chief Minister Datuk Seri Mohd Shafie Apdal at his office on Tuesday.

Shafie has agreed to contribute RM95,000 to the charity cause.

Edward’s adventure is set to take place from March 8 to 13 this year.

He is also seeking to break the Guinness World Records this year, or at the very least to once again mark his name in the Malaysia Book of Records.

It is understood that the attempt is actually a charity project that is dubbed as ‘Edward Gostaning Project Summit Kinabalu Jasamu Dikenang’ – one that is spearheaded by the Persatuan Malim Gunung Kinabalu (Pemangkina) – an association that Edward is a part of.

“I am doing this all for charity,” he said.
Back in 2009, Edward walked backwards from Sandakan to Kota Kinabalu to raise funds for the Seri Mengasih Centre.

Then in 2012 he walked backwards from Lahad Datu to Penampang, covering a total of 404 kilometres, to raise funds for Bukit Harapan.

The Edward Gostaning Project is seeking to raise RM500,000.

The project coordinator, Richard B Soibi, said that the funds would be used to purchase a bus for the Pusat Pemulihan Dalam Komuniti (PPDK) Ranau; to build a hall for SK Bundu Tuhan in Ranau; and to raise funds for the Asrama Malim Gunung Kinabalu.