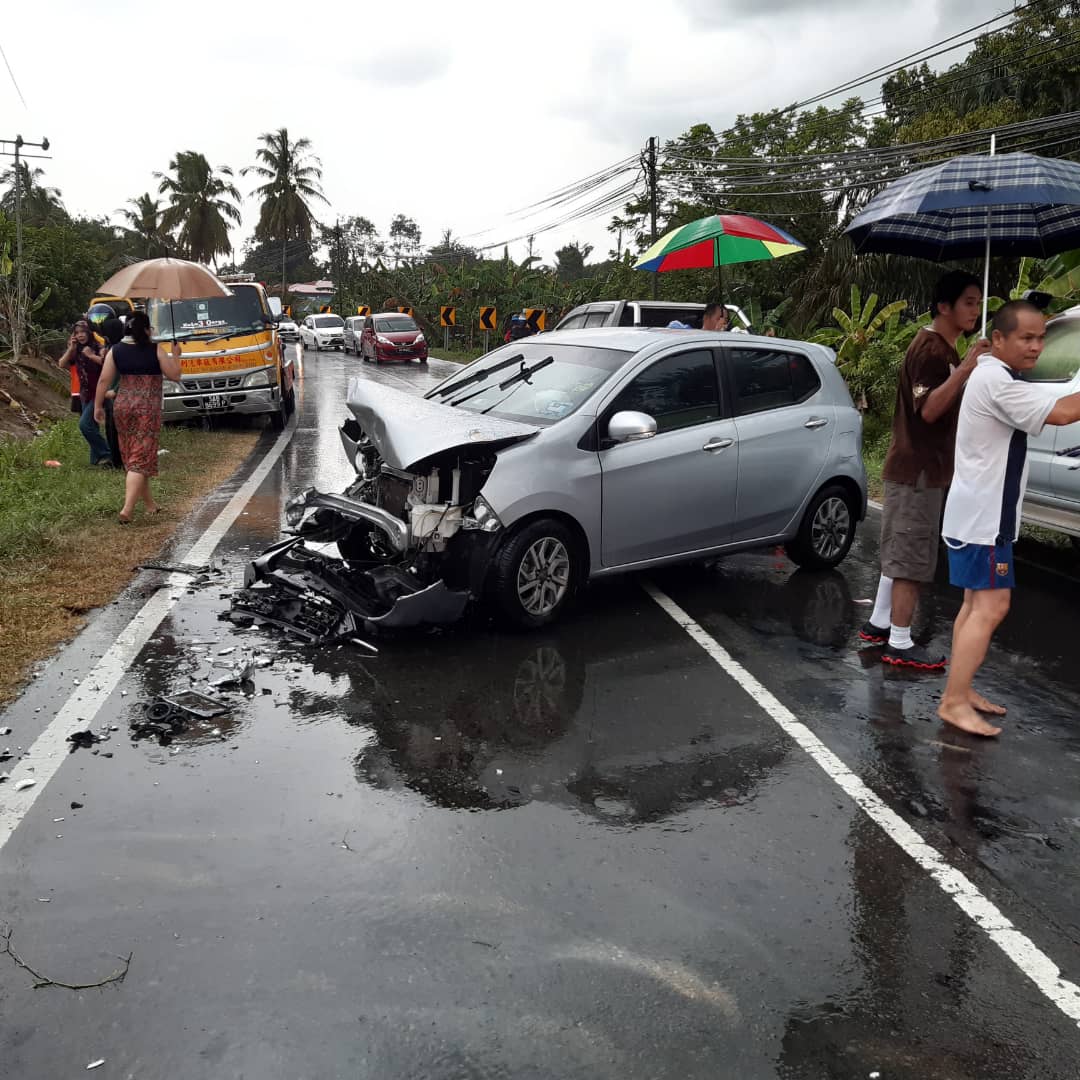 The two Axias that collided along Jalan Beaufort/Membakut, Kampung Mempagar in Beaufort on Monday.

Beaufort police chief DSP Azmir Abd Razak said the victim’s 39-year-old wife survived in the 3.50pm incident and is currently being warded at the Beaufort Hospital.

Azmir added that three other people in the second Axia, a 46-year-old police corporal from the General Operation Force in Kinarut and his 46-year-old wife suffered severe injuries while their 12-year-old son escaped with only minor injuries.

“The policeman and his family members are also warded at the same hospital where he sustained a broken arm and leg while his wife suffered a broken rib,” Azmir said, adding that the son only sustained a minor injury.

Police investigation revealed the incident happened around 3.50pm on January 27 when the deceased and his wife were heading towards Beaufort from Kuala Penyu.

“Police believe the victim had lost control of the wheel and collided head-on with the other car,” Azmir said, adding that the case was being investigated under Section 41(1) of the Road Transport Act 1987.