Wednesday, August 4
You are at:Home»News»Sabah»Sisters team up their passion in lion dance 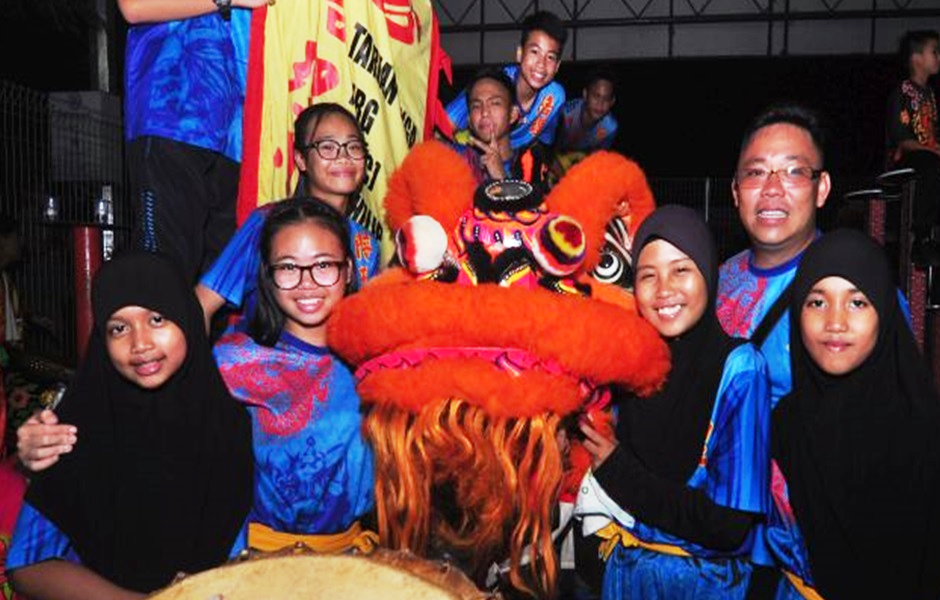 Hani and Hana with the lion dance team. -Bernama photo

They joined the team one year ago, along with a friend Farhana Atiqah Mohd Farizal, 17. Both Farhana and Hana Tasmin, are students at secondary school SMK Tamparuli.

The sisters who can also converse in Mandarin, are originally from Terengganu but are now schooling in Sabah because their parents who are teachers, were posted to a secondary school in Tamparuli.

“Our parents allowed us to join the team because they could see that we were really keen,” they told Bernama recently.

Chester Lo, 42, who manages the lion dance team at SJK St Philip, said non-Chinese students were always welcome to join the troupe of 33 at the Chinese-medium school, which so far, has three Muslim performers comprising the three girls. The youngest in the team is aged 10 years.

He believes that when students from ethnicities other than Chinese, become part of the team, this helps promote better understanding and strengthens relationships among diverse groups. – Bernama