Monday, March 1
You are at:Home»News»Sabah»Fisherman killed while crossing road 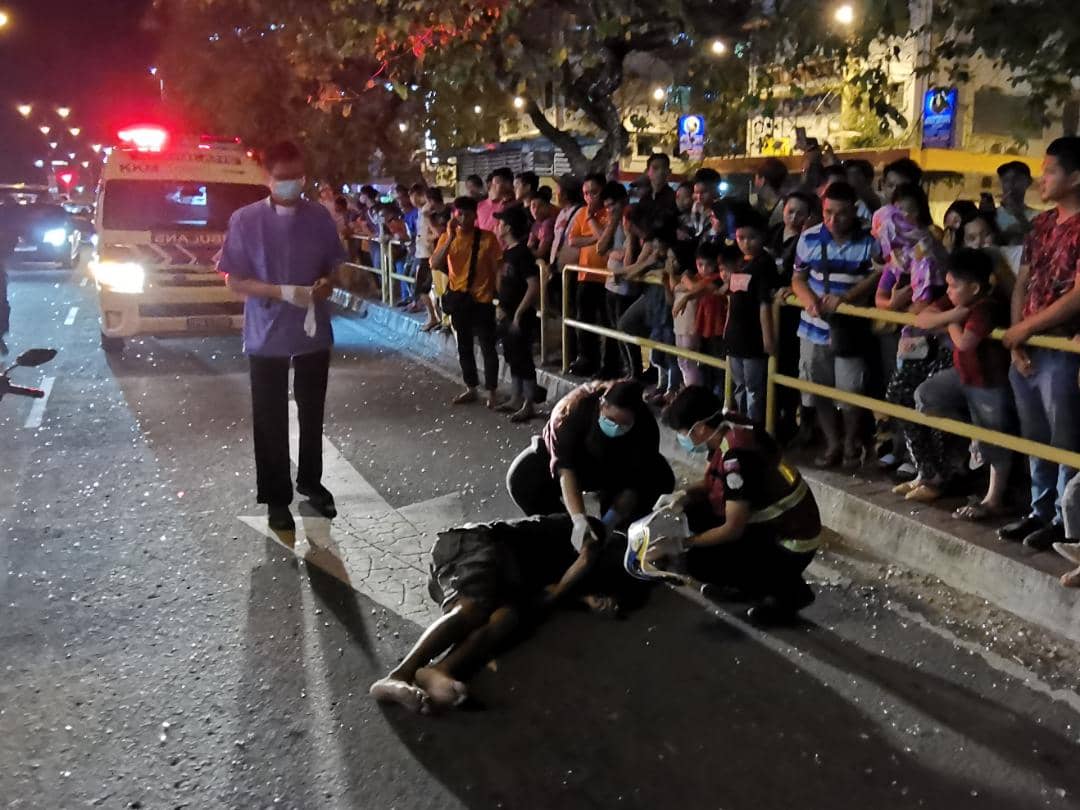 Paramedic checking the victim after he was knocked by a vehicle while crossing Sinsuran Road on Tuesday.

KOTA KINABALU: A Filipino fisherman was killed when he was knocked by a vehicle while crossing Sinsuran Road here on Tuesday.

Habibi said the vehicle, driven by a 28-year-old man, was heading to Inanam from the state capital.

“The victim was crossing the road when he was knocked by the vehicle. He was pronounced dead at the scene by paramedics,” said Habibi, adding that the body was taken to the Queen Elizabeth Hospital for a post-mortem.

Police have detained the driver of the vehicle to assist investigation under Section 41(1) of the Road Transport Act 1987.