Tuesday, July 14
You are at:Home»News»Sabah»JIS a stepping stone for students planning to study overseas 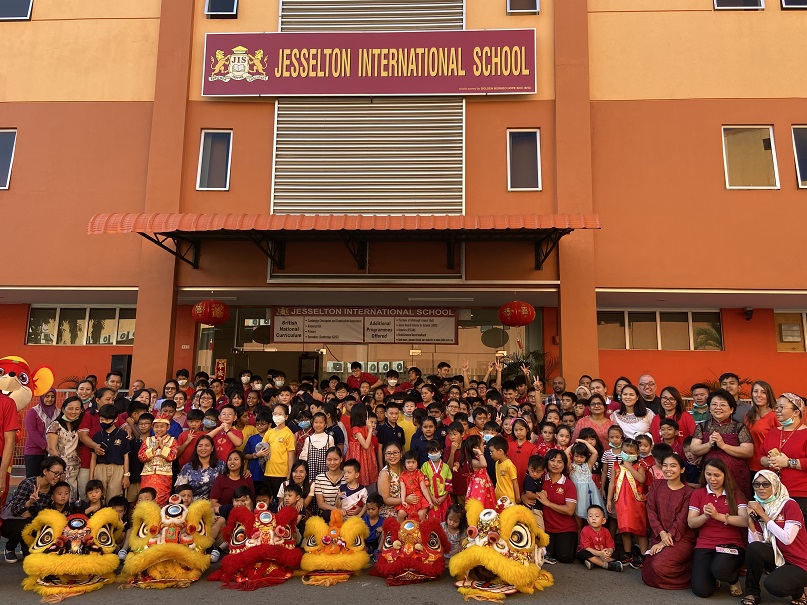 The students and teachers of Jesselton International School during the school’s Chinese New Year celebration.

KOTA KINABALU: The Jesselton International School (JIS) is the stepping stone for those who are planning to head overseas to further their studies.

JIS is a school that offers the British syllabus – offering classes from as low as kindergarten all the way to the International General Certificate of Secondary Education (IGCSE) programme.

Its principal, Nicholas Haes said that teaching the children using the British syllabus from early on would provide them with the advantage that they need once they decide to head abroad to further their studies.

“The syllabus is strong and it’s well regarded. The qualifications you come out with can be used in most places in the world. Also particularly for us (JIS), we’re known as a close community – we’re very supportive of our students.

“We have a very good group of teachers here. They always try their best for their students,” Haes told reporters when met at JIS’ Chinese New Year celebration, held at the school’s compounds yesterday.
“They always put in their extra time and they work very hard for the foreign students who came in perhaps with a little weaker English skill. They put in a lot of effort into getting them up to speed,” he added.

Haes noted that the IGCSE is a very recognised programme as it allows students to continue with their A-Levels education.

He said that JIS is also planning to start its own A-Levels programme soon.

“We’re hoping to start a limited set in the next academic year. It will be more towards the business side. I think, in Kota Kinabalu, there is a limited market for A-Levels. There are two or three institutions offering them,” he said.

“Our primary aim is to produce strong students who can get where they need to go – to get them to a place where they can get choices in life. That’s what we want for them,” he further stressed.

It is understood that the JIS is now in its second year of operation.

The school has over a hundred students comprising about 60 per cent locals and 40 per cent internationals.
“We have a mixture of students from Korea and China. We also have a few French students,” said Haes.

The school is also equipped with various facilities, namely classrooms; a space for physical education (PE); labs for physics, chemistry and biology; a music room, three art rooms; an ICT room and a canteen.

Haes explained that the school follows the European academic schedule, which will usually start in September and end in July.

However, he said that the school can accept students at anytime – even in January as that this time where the government school students would come in.

Also present in the event was JIS director Henry Poh.