Wednesday, May 18
You are at:Home»Business»AirAsia X to be affected by Wuhan coronavirus 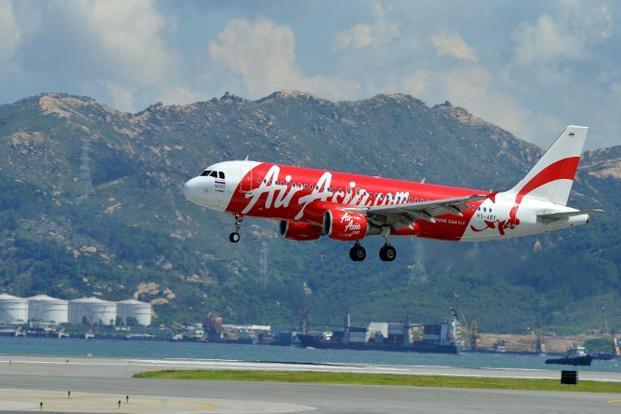 AirAsia Group’s average seat per kilometre for China routes contributes approximately 10 to 15 per cent of the total ASK. — AFP photo

The total international passengers at KLIA Main Terminal travelling to an from China declined by 10.7 per cent y-o-y during the same period.

AirAsia Group’s average seat per kilometre (ASK) for China routes contributes approximately 10 to 15 per cent of the total ASK. In comparison with AAGB’s long-haul affiliate, AirAsia X, MIDF Research opined that the ASK for China routes is higher given the non-exposure to Asean.

“Based on our preliminary analysis, we found that capacity catered for destinations in China by AirAsia X make up between 25 and 45 per cent of AirAsia X’s total capacity.

“We understand passengers flying to or from destination in mainland China are given an option for a credit account or full refund.

“Assuming a worst case scenario where all affected passengers opted for a full refund, we estimate that revenue per kilometre (RPK) could decline by nearly as much as 20 to 30 per cent.

“This in turns will reduce AirAsia X’s profit after tax by 27 per cent,” it highlighted.

Nevertheless, based on the previous trend during the SARS outbreak, it pointed out that the passenger traffic at MAHB’s Malaysian airports rebounded 17.8 per cent y-o-y in 2004. Similarly, international passengers from China at KLIA Main Terminal recorded a whopping 75.8 per cent y-o-y growth in 2004.

“Moreover, we found that during the SARS outbreak between November 2002 and July 2003, passenger traffic took an average of two to three months to normalise.

“As for China, May 2003 saw a 66.7 per cent m-o-m decrease in passengers before advancing 50 per cent m-o-m in June 2003 and another 166.7 per cent m-o-m gain in July 2003. Given that this was nearly 20 years ago, we believe that technological advancements in the healthcare sector will likely contain the disease better,” it commented.

Despite its optimism, MIDF Research noted it still downgraded its call on AirAsia X and it cut its earnings estimates to account for the impact of the Wuhan coronavirus outbreak.

MIDF reduced its FY20 earnings estimates by 15 per cent from RM45.6 million to RM38.7 million. It also downgraded its recommendation of the stock to ‘trading sell’ from ‘neutral’.

“With regard to that, the current pandemic outbreak could potentially derail AirAsia X’s plan to launch the four weekly flights from Kuala Lumpur to Okinawa via Taipei (KUL-TPE-OKA) in 1QFY20.

“This is in addition to the adoption of MFRS 16 will be a hurdle as the majority of AirAsia X’s fleet are leased, with gains from lower amount of interest to be realised beyond the fifth year of the lease term.

“An upside risks for AirAsia X includes a faster-than-expected recovery of the coronavirus outbreak,” it added.