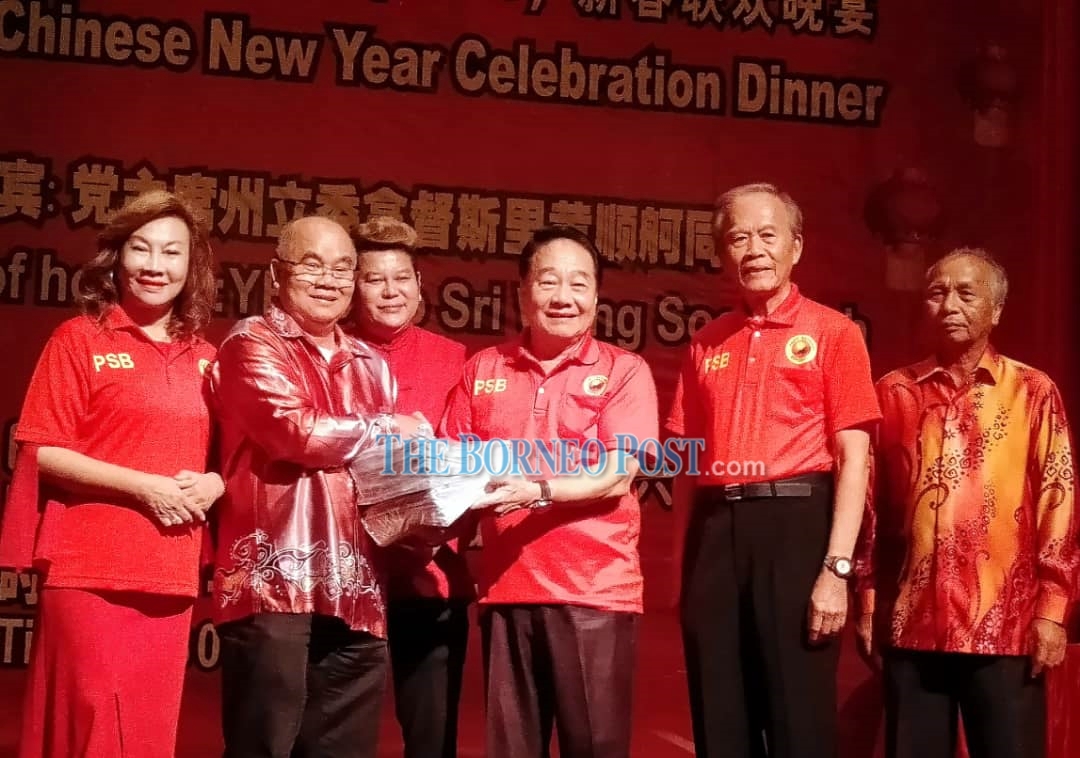 Its president Dato Sri Wong Soon Koh made the announcement in front of more than 1,000 attendees during a Chinese new year celebration dinner organised by the PSB Dudong branch at a hotel here last night.

With that announcement, Tiong is the sixth PSB candidate to be announced by Wong to contest in the coming state election.

“The party has thus resolved by unanimously agreed that Tiong will defend the Dudong seat for the forthcoming election.

“The party trusts him to continue his service to the people in Dudong,” he said.

According to Wong, the party is very confident of the Tiong’s leadership, as he is considered to have broad experience in the area as well as popular among the people there.

“The contribution and services are still needed by the PSB in the Dudong area. His performance has been outstanding so the party wants him to defend his seat in the coming state election,” he added.

Meanwhile, he praised Tiong’s effort and his successful recruitment of 1,227 new members to join the PSB for the Dudong branch in the past three months..

“Most are rural people who are beginning to trust the PSB which is a multi-racial party.

“I believe tens of thousands of new members will join PSB in the future,” he added.

In another development, Wong said that the PSB is currently studying and receiving numerous applications from professionals who want to become a party candidate in the next state election.

“We are not lacking candidates and they are ready to contest at any time.

“The PSB will also compete in between 60 and 70 seats and possibly more in the area with the potential to win,” he said.

Tiong when met by reporters later, reacted positively to the announcement but declined to comment further.

“I’m sorry I cannot comment at this point of time,” he said.