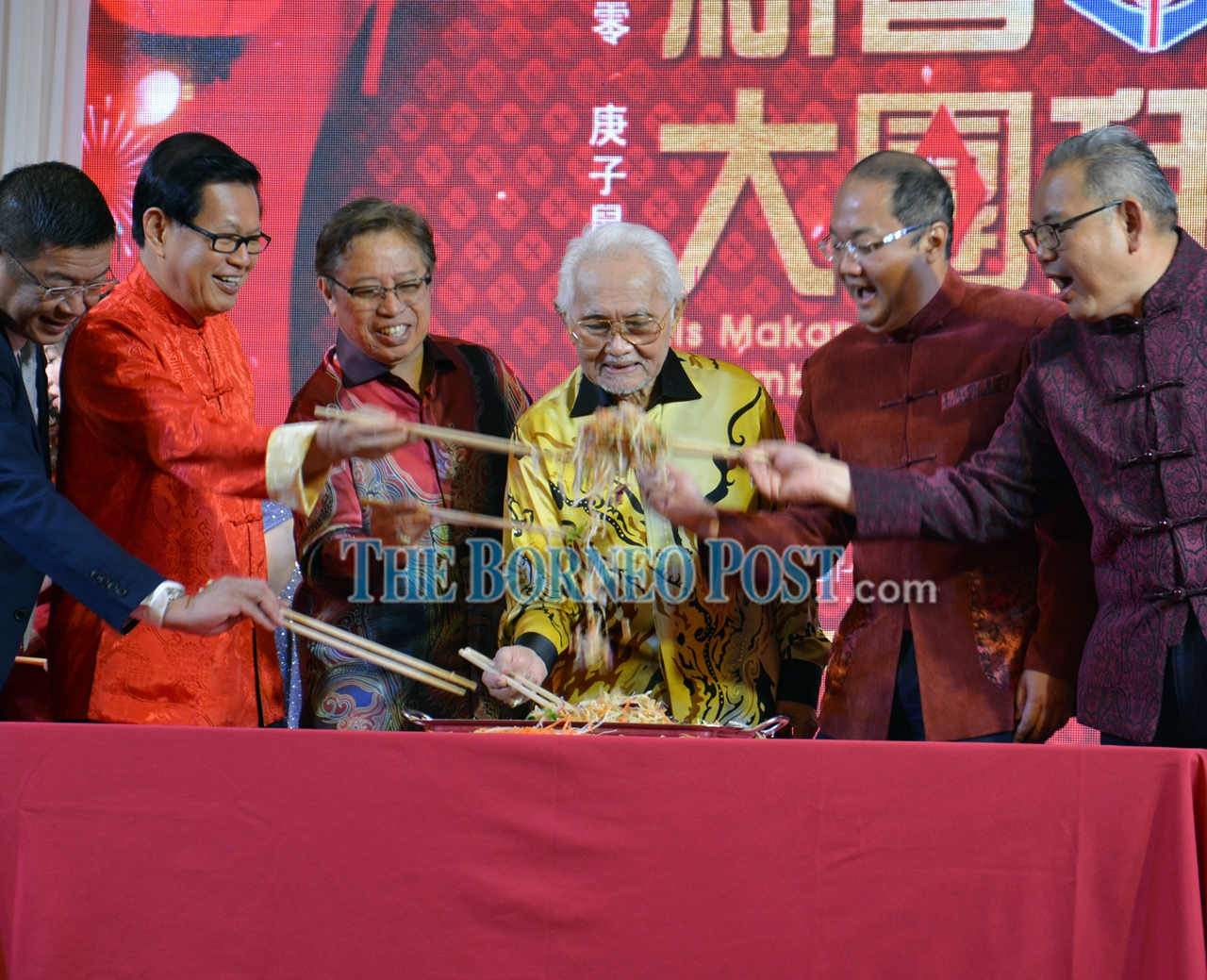 MIRI: Chief Minister Datuk Patinggi Abang Johari Tun Openg is optimistic that the oil and gas (O&G) industry in the state, particularly Miri as the O&G hub, will thrive and help boost the state’s economy.

In referring to the setting up of a new office by a Japanese company JX Nippon Oil and Gas Exploration (Malaysia) in Miri recently, Abang Johari said that it is a good sign as it shows that the oil and gas industry players are slowly coming back to Miri.

“I believe that these companies have confidence in us and more that will be coming back. Hopefully, the Year of Rat will see Miri’s economy thriving, bringing it to a new height,” he said at the Federation of Miri Division Chinese Association Chinese New Year gathering at a local hotel here last night.

Noting that Sarawak’s economy is an export-oriented market, Abang Johari reiterated the need for local players to focus on producing more products for the export market.

“Our first export to Singapore was tilapia fish that have been well-received by the consumers and the demand keeps coming in.

“The other export to Singapore is chicken eggs, and in view of the increasing demand, we are now exporting 2, 500 chicken eggs per month,” he said.

Apart from Singapore, Abang Johari said the state is collaborating with Brunei in the agriculture sector.

“The efforts that have been put in are not merely by the Sarawak government, but we should give credit to the industry players involved. Therefore, Sarawak government wants to express our gratitude for the continuous support from the Sarawakians and Chinese community, in particular,” he added.

Meanwhile, Abang Johari said the state government expecting to achieve an economic growth of between five and six per cent this year,

Besides that, he said his administration’s focus would be on developing the state’s infrastructure, including road connectivity, water and electricity supplies throughout the state.

“I’ll say that with the people’s support and cooperation, Sarawak will become a developed state by the year 2030,” he added.

Abang Johari also emphasised the importance for Sarawakians to remain united as it would enable the state to develop and move forward.

Previous ArticleSub-committees formed to pursue fruition of media council
Next Article We were never approached by SFO over Airbus scandal: Kamarudin and Fernandes