Monday, August 10
You are at:Home»News»Two women die in fire at Kampung Sekaan Kecil in Matu 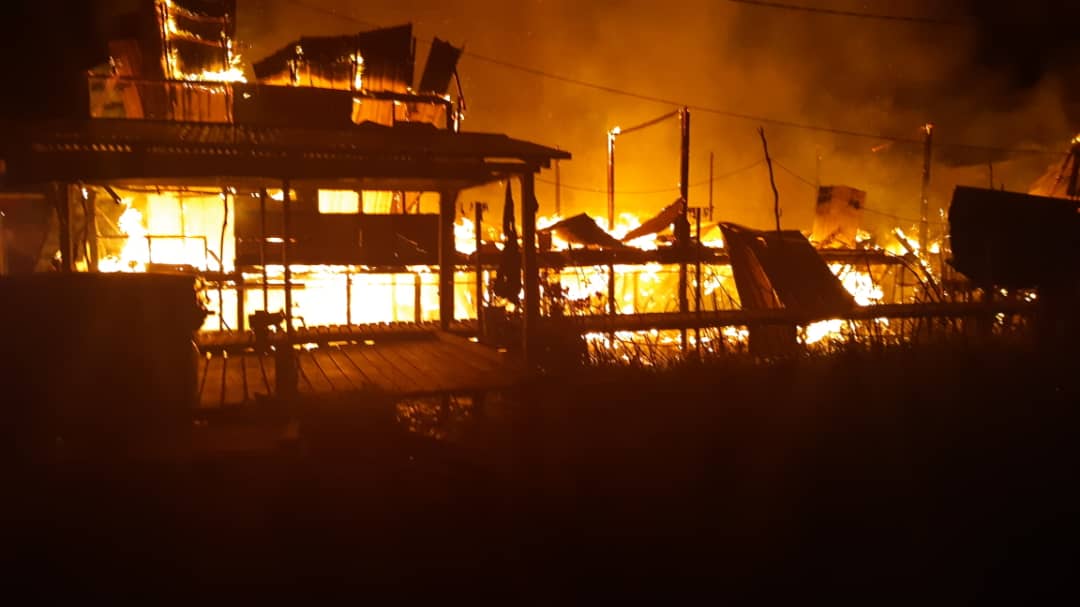 MUKAH: Two women, including a disabled person died when a fire razed two houses at Kampung Sekaan Kecil in Matu at around 2am today.

According to a Sarawak Fire and Rescue Department (Bomba) operations centre spokesperson, the victims were identified as Sedah Sahari, in her 80s, and Remiah Masri, in her 50s.

The charred remains of the victims were found in the living room of the burnt house at about 4.20am when firemen were conducting overhaul work, the spokesperson said.

“Four other occupants of the two houses managed to escape the house.

“A man in his 40s who stayed in the same house with the victims was sent to the hospital with the help from the villagers after he experienced shortness of breath,” the statement said today.

The spokesperson said that Daro Bomba station deployed eight firemen to the scene after they were alerted on the incident.