Tuesday, August 9
You are at:Home»News»Sarawak»Kampung Panchor Dayak water woes to be solved by July 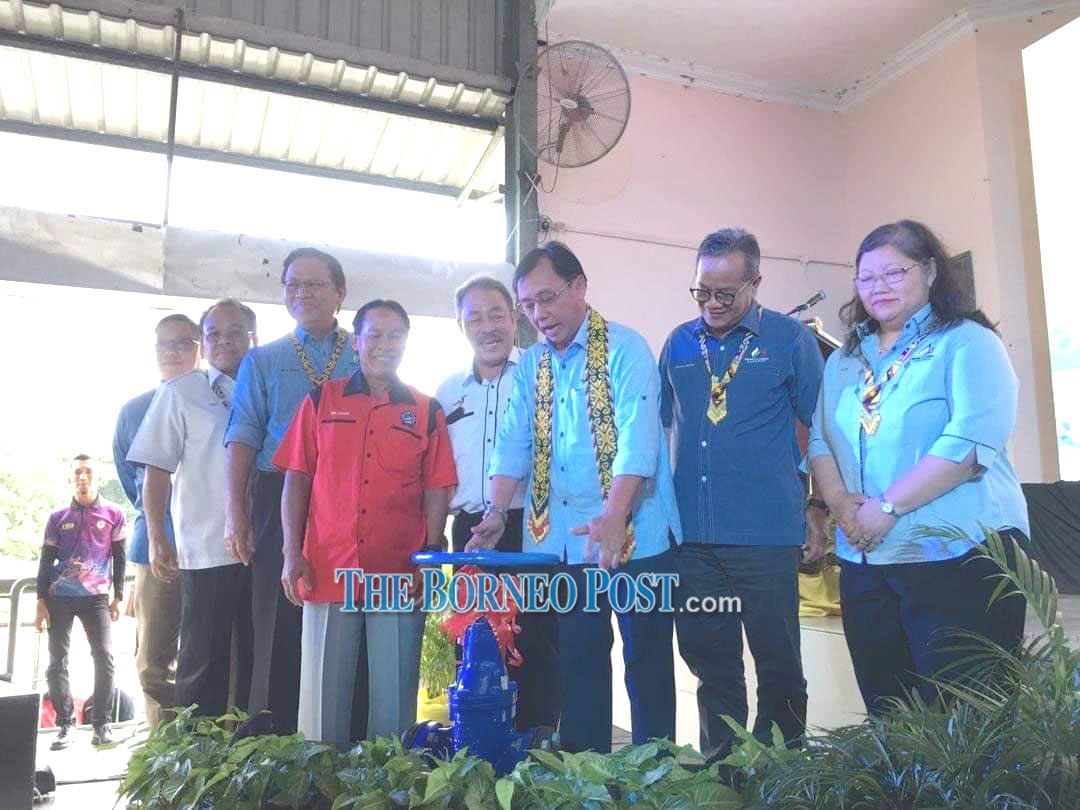 Dr Rundi (third right) launches the project as others including Sagah (fourth right) look on.

SERIAN: The RM4 million water supply project for Kampung Panchor Dayak is expected to be completed in July.

Utilities Minister Dato Sri Dr Stephen Rundi said the completion of the project would solve the water pressure problem and provide sufficient treated water for the140 households in the village.

“When the project is ready, the water problem throughout the village will be resolved. Some houses may not be included in the project initially but we will try to include them as well.

“We give priority to Panchor Dayak because of this village is relatively large and most importantly located not far from the (Kuching) city,” he told reporters after launching the project at the village hall yesterday.

He added added that the project is one of 12 water supply projects implemented in the Tarat state constituency under the 11th Malaysia Plan.