Monday, September 20
You are at:Home»Sports»LTdL must have a strong brand for next 25 years – Dr Mahathir 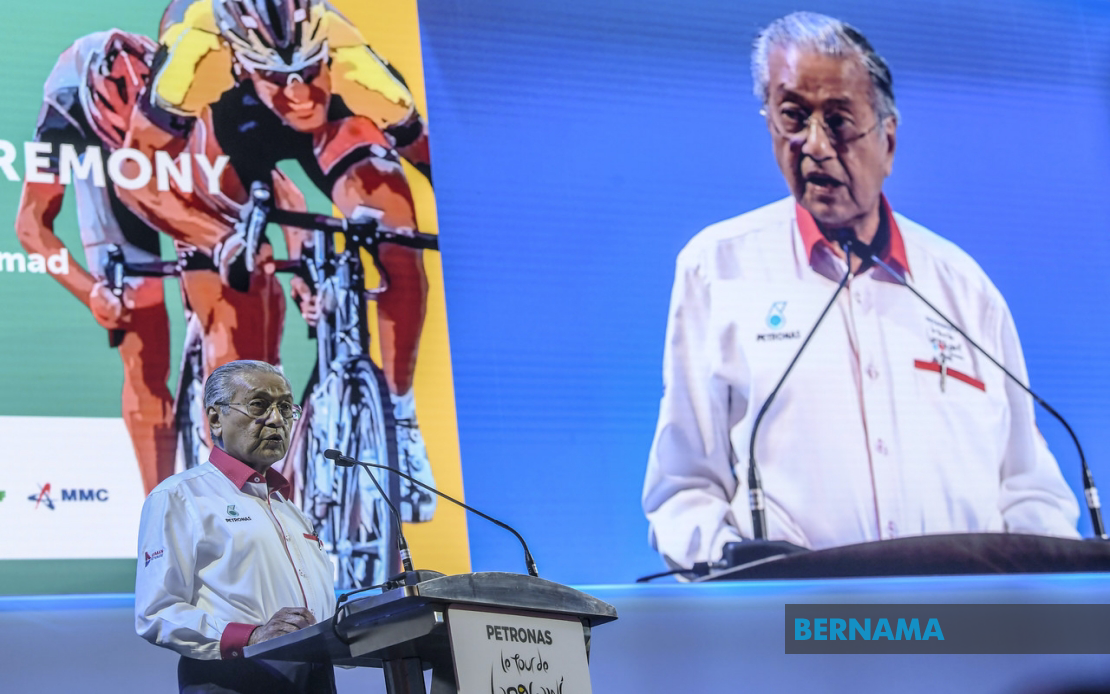 Dr Mahathir, who mooted the idea of the annual cycling race, also hoped that LTdL, which has been held since 1996, would become as famous as Giro d’Italia and Tour de France. Bernama Photo

KOTA KINABALU: Prime Minister Tun Dr Mahathir Mohamad has urged the organiser of the Le Tour de Langkawi (LTdL) to strive for new milestones and achievement to ensure that the Asian premier cycling race would have a strong identity and brand for the next 25 years.

Dr Mahathir, who mooted the idea of the annual cycling race, also hoped that LTdL, which has been held since 1996, would become as famous as Giro d’Italia and Tour de France where international cycling fans plan years ahead and are willing to take long flights to Italy or France, just to experience the race and the country.

“I believe this is achievable. Already, our cyclists are world class, but to reach that stage, we must capture the imagination of cycling enthusiasts and their communities.

“We must come up with a comprehensive plan and start putting in the hours to make it a reality,” according to the prime minister in a short video clip which was shown on a giant screen during the 2020 LTdL team presentation at Padang Merdeka here tonight.

In this regard, Dr Mahathir also gave his word of encouragement to all parties to give their best in this year’s race, including the participants, officials and race entourage.

“As much as I’m not here physically, I’ll be following the race closely. I promise to see all of you in the final stage (stage eight) in Langkawi (on Feb 14),” according to Dr Mahathir, who is also the Langkawi MP.

Meanwhile, Syed Saddiq commended the organiser, Human Voyage (M) Sdn Bhd, and urged people from all walks of life to show their support for the race by cheering for their favourite teams and displaying Malaysian hospitality to the world.

He said 2020 LTdL is set to receive a huge number of viewers worldwide as the race would be telecast live via a few channels such as on Eurosport 2 channel in 52 countries and a Eurosport Asia-Pacific channel in 11 countries.

A total of 21 teams including one world team, five pro teams and 14 continental teams were introduced during the ceremony.