Wednesday, May 12
You are at:Home»News»Sarawak most romantic state in Malaysia, says e-commerce platform 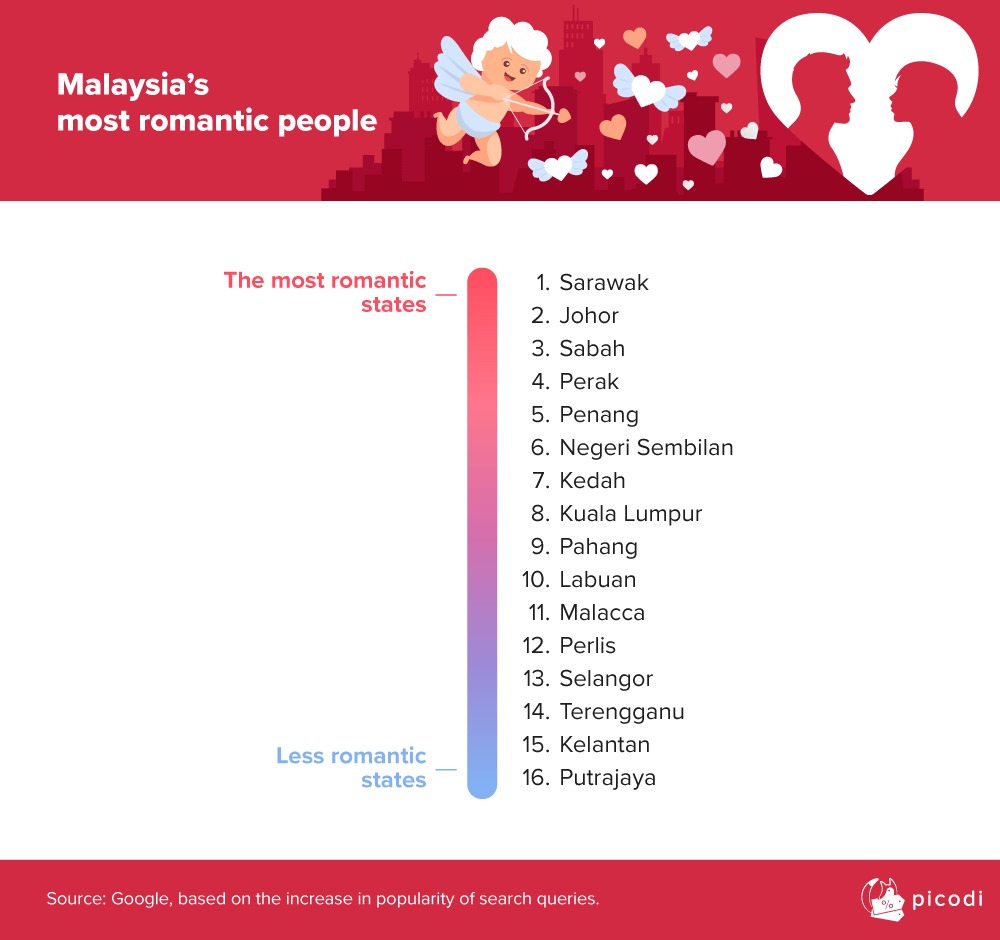 KUCHING: Sarawak is the most romantic state in Malaysia, an international e-commerce platform said following an analysis of romantic queries online by states in the country.

Picodi.com, which was founded in 2010 in Poland and now operates in 44 countries including Malaysia, said its queries list consisted of terms like “Valentine’s Day”, “love confession”, “flowers”, “love”, and others which would associate with Valentine’s Day.

“After looking closely at Google’s figures, it turns out that the most romantic Malaysians live in Sarawak, Johor, and Sabah,” it said on its website.

“In these states, the increase in popularity of queries connected to Valentine’s Day was the highest. It turns out that Sarawak, known for its beautiful natural treasures and thriving food scene, can add romantic as another hallmark.”

On the opposite end, the website said the lowest interest in Valentine’s Day and all connected to it was among residents of Putrajaya.

It explained further that its research was based on a comparison of the increase in popularity of various keywords during the period of January-February 2019 according to Google archived data through Keyword Planner tool.

Previous ArticleWuhan virus: What M’sian bosses should or should not do
Next Article Slow loris drops into man’s bathroom as surprise guest