Wednesday, December 8
You are at:Home»News»Slow loris drops into man’s bathroom as surprise guest 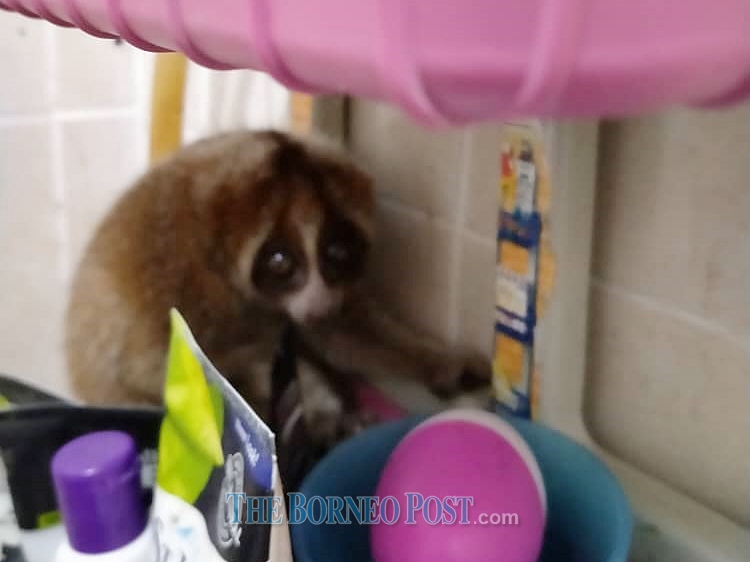 The man was greeted by the slow loris upon entering his bathroom.

SARIKEI: A resident living at Jalan Pandan here was shocked to see a slow loris in his bathroom this morning.

He immediately called for assistance from the Sarikei Fire and Rescue Services Department (Bomba) which responded by sending a team to escort the uninvited guest to safety.

It was believed to have entered through an iron grill that covered the toilet’s ventilator fan. The man’s house is also located next to a forest.

The animal, which is a protected species here in Sarawak, poses no threat to humans and instead is threatened by habitat loss and the exotic pet trade.

PBK II Haron Jenai, who led the team said the animal was easily corralled and was released into its natural habitat after it was captured. 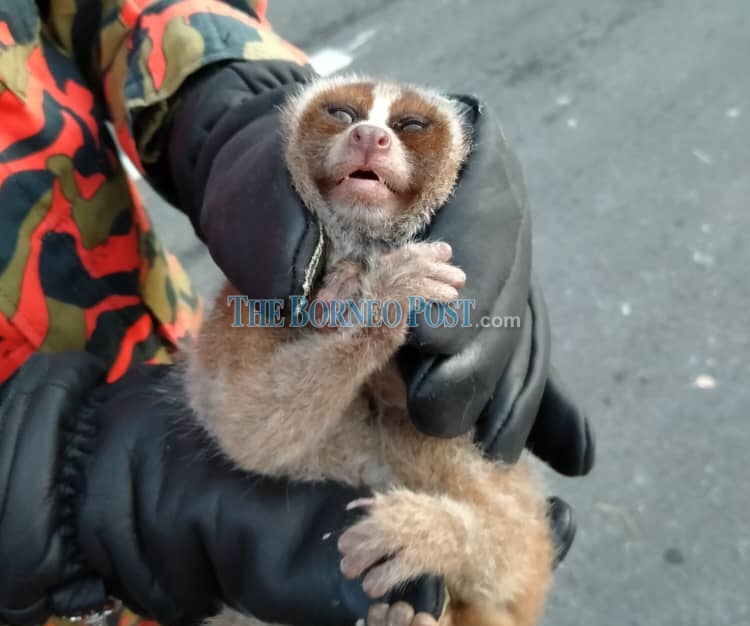 Bomba personnel hold up the slow loris, which was safely released into its natural habitat.