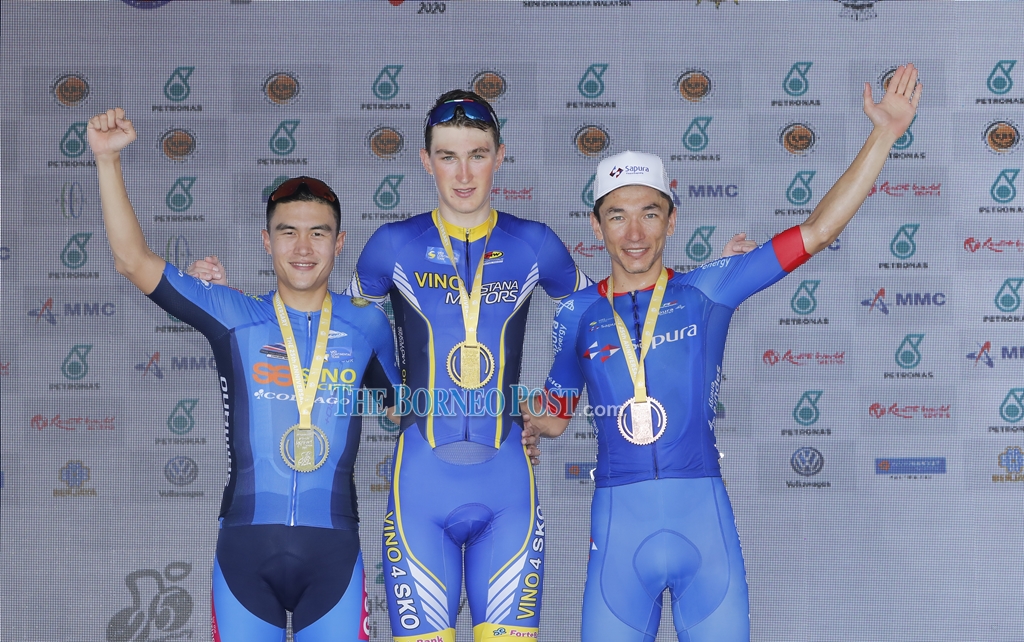 KUCHING: Yevgeniy Fedorov of Kazakhstan stole the limelight in the opening stage of the 25th Petronas Le Tour de Langkawi (LTdL) 2020 cycling race yesterday when he made an almost clean sweep of the honours.

“This is a victory not only for me but also for the Vino-Astana Motors team. This is a big result for us,” said Fedorov.

“I am very happy and proud to have won today and I was surprised to win it,” he added.

“I used to train in the mountains in Kazakhstan so I usually do not expect to win in the flat stages,” said Fedorov who was here in LTdL last year with teammate Vadim Pronsky.

Meanwhile, Thurakit said he decided to catch Fedorov who was leading the pack early in the race.

“I was trying to catch him and if I was able to catch him then I go together with him. Otherwise, I will rejoin the peloton.