Saturday, February 29
You are at:Home»Sports»Sarawak Sukma Wushu team might switch to Vietnam for its exposure training 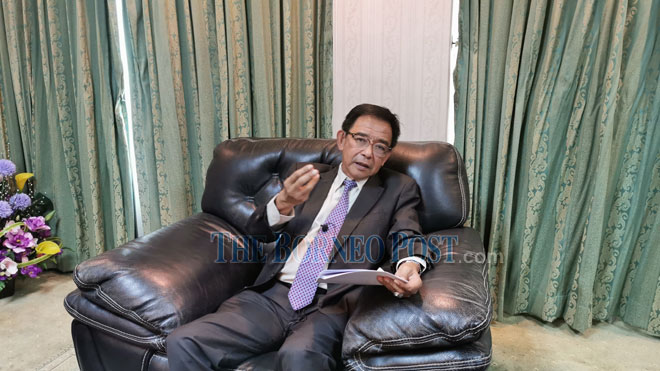 KUCHING: The Sarawak Sukma wushu team might have to forgo its training stint in China this year in light of the Wuhan Coronavirus outbreak, says Youth and Sports Minister Datuk Abdul Karim Rahman Hamzah.

He pointed out that the state government is now considering moving the training stint to Vietnam instead.

“For our Sarawak Sukma wushu team, we have been sending our young athletes to China for training but we are having problems now with the outbreak of the Wuhan Coronavirus.

“We might move them to Vietnam this year before we sent them to Johor for the 20th Sukma Games,” he told The Borneo Post in an interview at his office at Baitulmakmur Building here recently.

In 2018, the state wushu team trained in Henan, China prior to competing in the 19th Sukma Games held in Ipoh, Perak.

On this year’s Sukma, which will be held in Johor from July 11 to 19, Abdul Karim said the games is going to be a very significant event for Sarawak athletes.

“Our hope is for Sarawak to be the champion and to see the state as a sport powerhouse.

“At the moment, we are neither here nor there. Even though we have not been able to be the champion (in the previous Sukma Games) but we are not that far in ranking as we have always been in the top five (states) in Malaysia,” he remarked.

As such, he said he has been pushing the Sarawak Sports Corporation (SSC) to make sure that the state can emerge champion in this year’s Sukma.

“I know this is a very heavy call but then with the kind of focus and determination, I believe that we can reach that target.”

He noted that SSC has also undergone some restructuring in the corporation.

“We are putting in new personnel who are more dedicated and committed so hopefully with this kind of effort, we will be able to see improvement and deliver in our state’s sports performance,” he said, adding that the state is also bringing in a number of good foreign coaches to train athletes in various sports.